This morning began with a beautiful sunrise over the wires.

Now that I am in the low desert country, it remained pleasant all night.  Left the window open to receive the soft wind in the night.

On our walk this morning overlooking the interstate, it was easy walking on the nice hard sand and sandy colored brush that spots the hillside.  Not many cactus to bother Yuma and the brush is sparse enough to walk comfortably in and around. 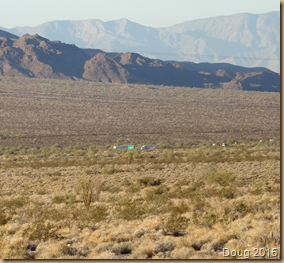 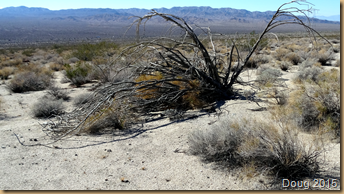 Yuma loves to run and chase anything that moves.  Flies, lizards and birds so far.  He even caught a tortoise.  I am letting him off leash while we are alone with no one to distract him.  Have to give him a little wiggle room.  He seems to be very careful and comes when I call. 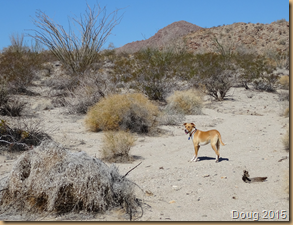 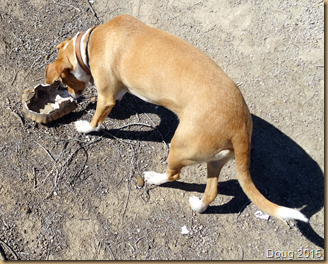 Took a jeep ride to the east on our sandy road and after about four miles, there was a turn off to the south to I-10. 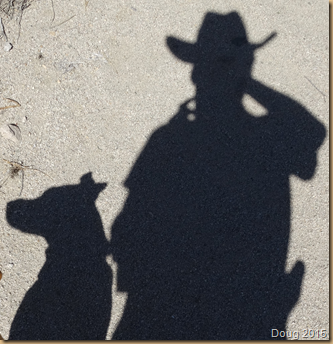 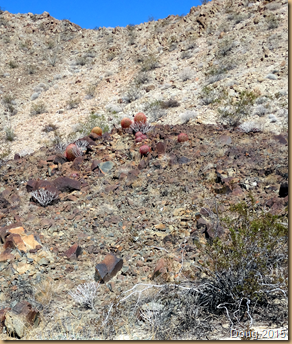 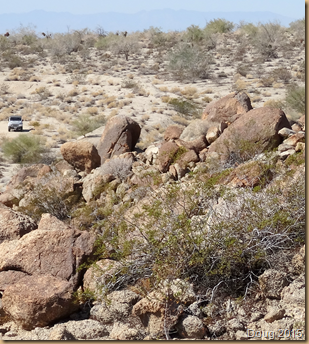 There is a gas station and a General Patton Memorial Museum next to it.  In back there were half a dozen old tanks. 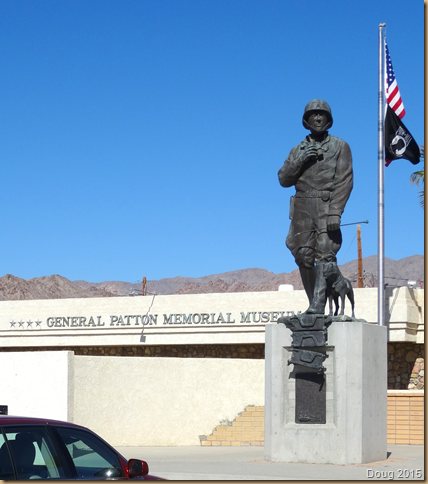 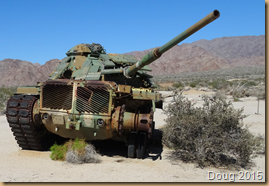 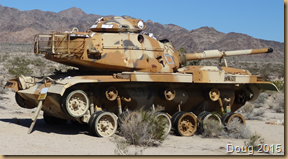 Leonardo Da Vinci invented this 33 barreled cannon, so you could fire 11 rounds while 11 were cooling and 11 were being loaded. 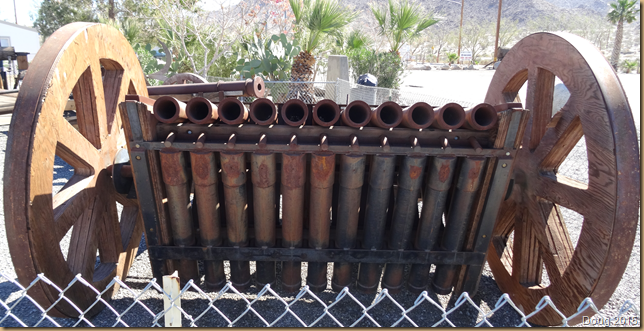 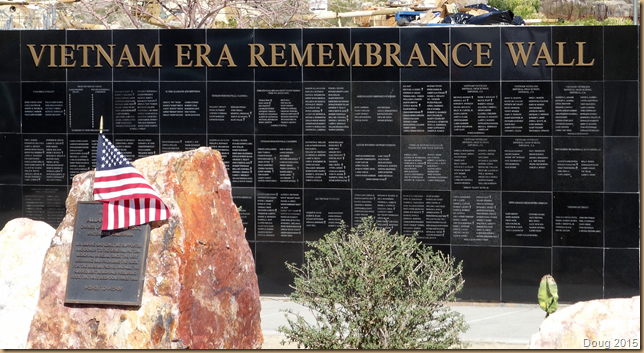 Took a quick photo of our camp from the interstate as we headed west back to the Joshua Tree exit.  I zoomed in on it with the camera. 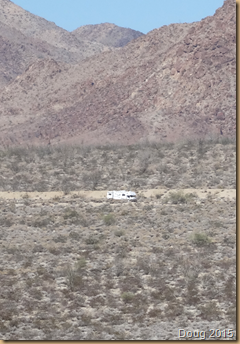 Had a nice leisurely day and this evening, we had us a fire in the fire pit with the lights of I-10 in the background.  Very nice out tonight.  Think I will do a little star gazing tonight. 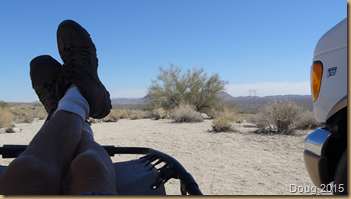 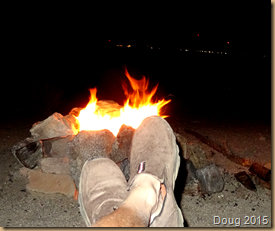