Beautiful sunrise this morning without a cloud in the sky.  No touch-up.  The sun painted everything this color as it rose in the sky. 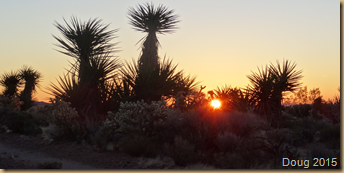 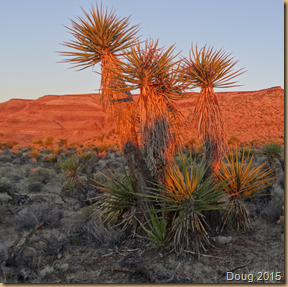 Tonight is the Super Bowl, so I had better get the Dish going today in preparation for the big day.  Amazing,  technology allows someone to watch the game from such a remote place.

Nice to have the solar panel out after one day of cloudy travel and one day of clouds and rain.  I didn’t even know north from south here at camp till this morning.  I have a compass to tell me the directions, but the other night when I was placing the Dish towards the south, I now know I was pointing it north.  Luckily, the satellites must be right above me, because I did get reception.  The compass was telling me I was wrong, but being stubborn, I was sure I was looking south and the compass was wrong.

Let’s finish yesterday’s jeep excursion now.  As I drove into the Kelso Depot I spotted this dilapidated house.  Makes you wonder who lived there back in its heyday.Then further down was the old post office. 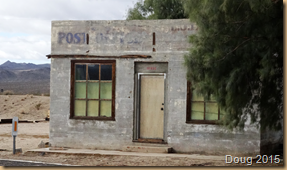 To the east of the Depot were the Providence Mountains.  With the black clouds, these dark mountains looked ominous.  The tall one I believe is Fountain Peak at 6996 feet. 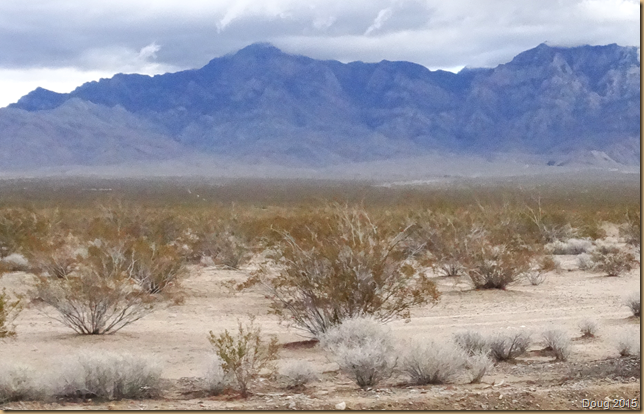 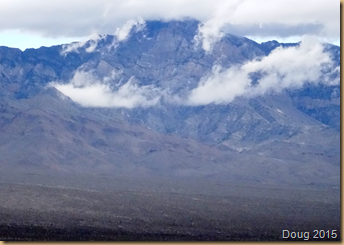 After stopping at the Depot for a few minutes to pick up some more brochures, I decided to head up to the Kelso Sand Dunes about seven miles south on Kelbaker Road.  Wasn’t till I got there I found that it is a 4 mile walk out to the dunes.  Not up to that today. 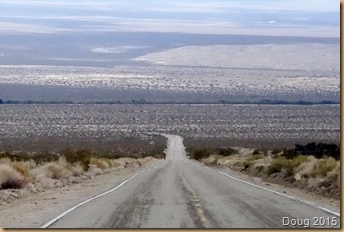 It was at this point I made my decision to go to Baker for gas.  I just had to find out what was on the 35 miles of Kelbaker Road going west.  Plus, I’m not sure I will get over this way again.  It is around 2:15 so I knew I couldn’t dawdle or I would be driving home after dark.

So off I headed up the mountain pass toward Baker.  Got a photo of this huge golden eagle, I believe, before it flew away. 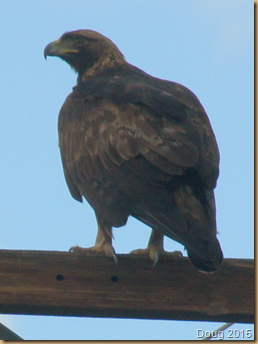 I must say, the drive was pretty but nothing spectacular.  I could see mountains all around but they were off in the distance.  This road goes up and over a wide pass between the Kelso Mountains and the Mare Mountains.   The mountains are nothing like the Providence Mountains behind me.

As I came out of the pass I entered an area with lots of lava rocks and the drive down was straight.  I could see Baker from a bout 20 miles away at the other side of a large flat desert.

Made it to Baker at 3 pm so made good time. 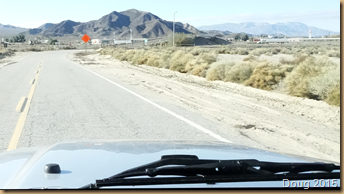 Quickly got gas at $2.90 a gallon and Yuma and I grabbed something to go at Burger King.  We sat at the Baker entrance sign to Mojave National Preserve to eat our lunch/dinner.

As we came back down over the pass we could see the Providence Mountains and Kelso Depot  to the east. 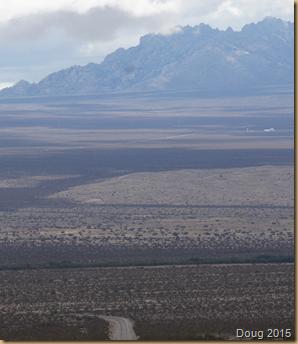 As it got darker and we got closer, the mountains even looked nicer. 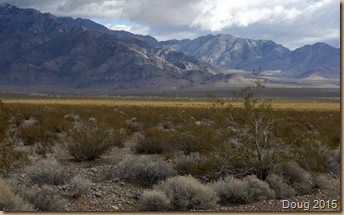 Made it back to Kelso Depot as the sun was getting low in the sky.

Just before dark, Yuma and I made a quick drive up to the large rock formations we had driven by this morning. 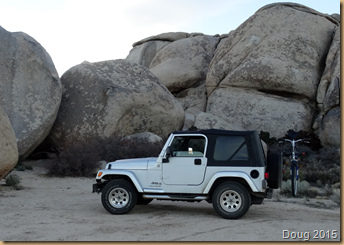 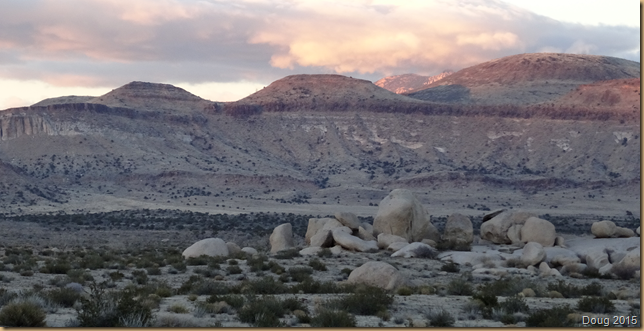 Made it home right as the sun set with no time to spare.  It was a long and enjoyable day, but we are both very tired.  Glad the Super Bowl is tomorrow so we can rest. 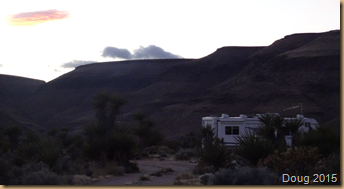