I forgot to mention that on Monday, I stopped at the Petco store next to the Walmart and bought Yuma an ID tag.  One side has his name and the other my name and phone number.  Better not lose him before I get my new phone.  Now Yuma has the ID tag and his chip.  Not much more I can do to protect him. 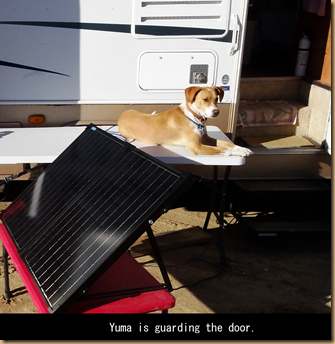 Yuma and I pulled  out of our camp at 9:15 headed for Joshua Tree National Park.  The entrance is 5 miles south of Joshua Tree and 12 miles from our camp.

The solar panels that make enough electricity to light a city are about a half mile west of where we are camped so I drive by them coming and going.  They face east in the morning and all of them follow the sun and face west in the evening.  I have never seen so many solar panels in my life.

The photos were taken through a chain link fence.  The first is the length of a row and the second shows the number of rows.  There is another set just like these on the other side of the road.

We were soon at the entrance to the park and I showed the ranger my senior pass and driver’s license and we were on our way.  There were four cars ahead of us, so we had a short wait, but not bad.  This park is very popular.

From the entrance we drove up through many large rock formations and jagged mountains.  There were a smattering of Joshua Trees everywhere, but not a forest.  The road is nicely paved with curbs in places to keep people on the road and not wander off.  They have many pull offs with exhibit signs telling us about the history of the park and what is out there.

The road first winds up the mountain into the park and then winds around and down to the valley floor.  Rock formations are everywhere.  Today, we only drove about 15 miles into the park to Hidden Valley.  We took a couple of short dirt roads that were a little off the beaten path but easily navigable by any vehicle.

Here are some of the photos I took today of that drive. 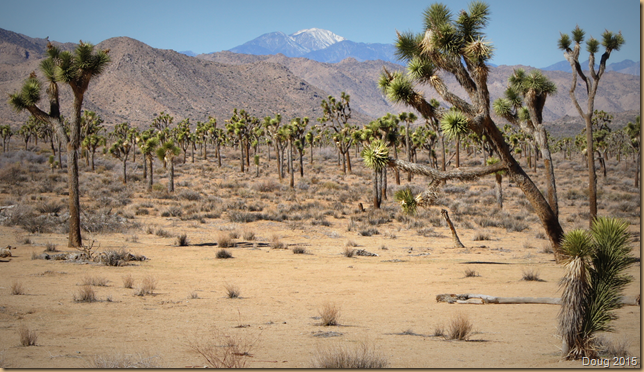 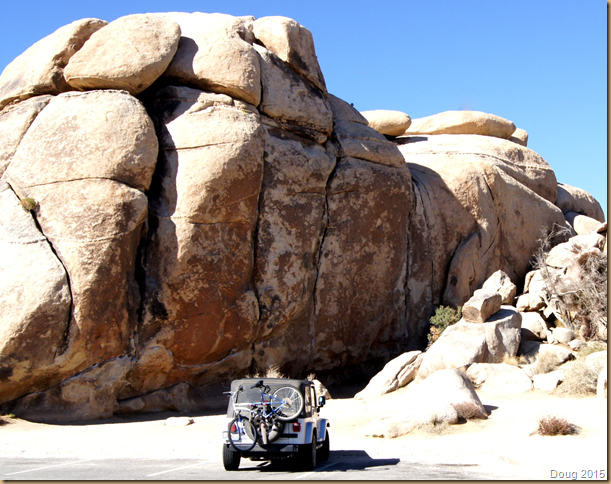 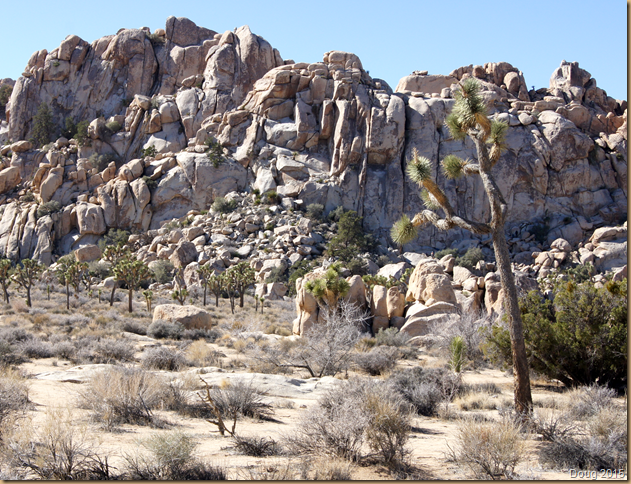 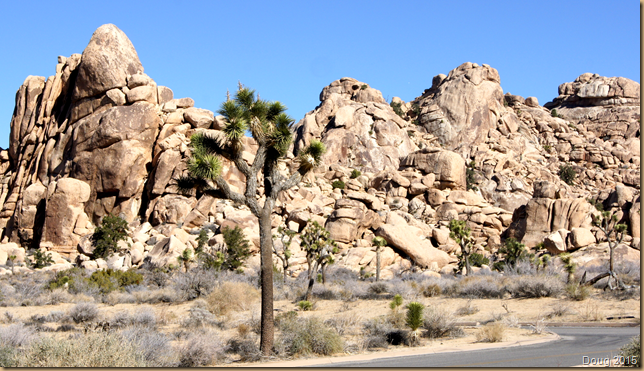 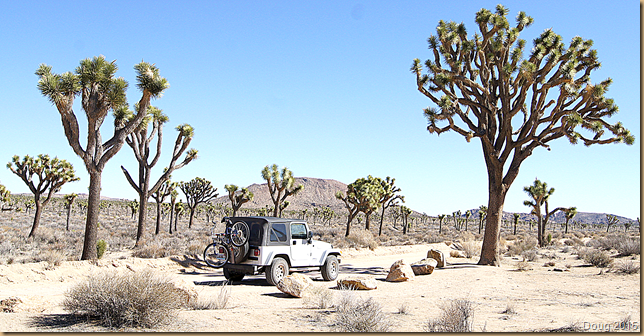 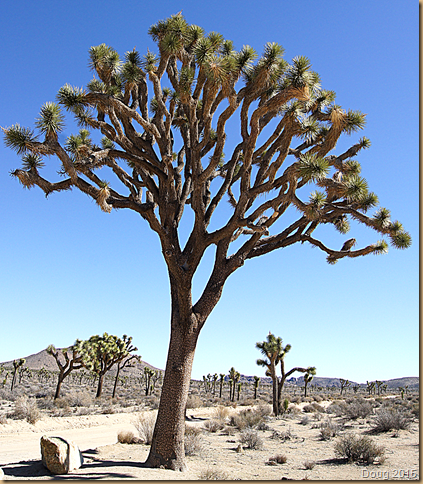 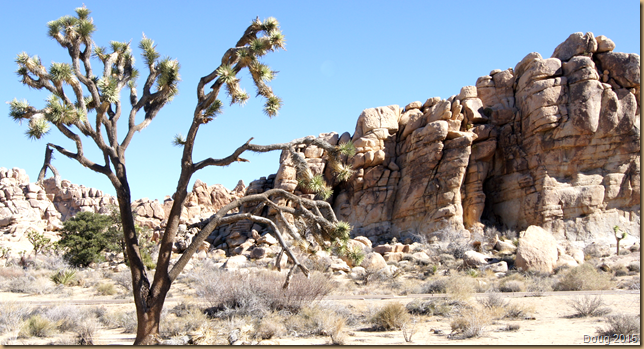 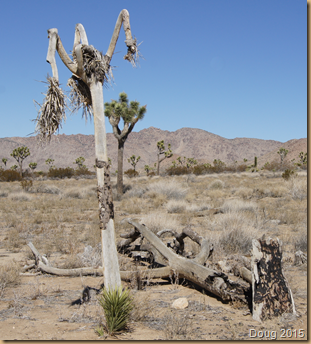 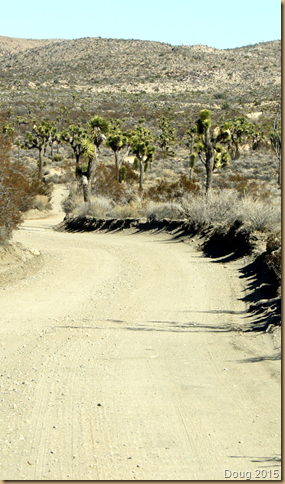 There are 794,000 acres in this park and the road of course only reveals a tiny portion of it.  Signs tell me in no uncertain terms to stay on approved roads only which is fine with me.  Glad they don’t let people drive all over the place and ruin the view for the rest of us.  Unfortunately, the signs also tell me that dogs are not allowed on the trails, so no trail walks for us.

Tomorrow, we plan to do a four wheel drive down into Pleasant Valley.  There is still evidence of several mines on this 20 mile loop.