Yesterday, Yuma and I drove into Joshua Tree and bought $10 worth of Powerball lotto tickets.  What a waste as usual.  Only got one number right out of the five chances I had.

We left camp at 10:30 am and drove into Joshua Tree for gas.  We then proceeded to the park heading for Keys View.  Couldn’t resist taking a few more photos of the rock formations. 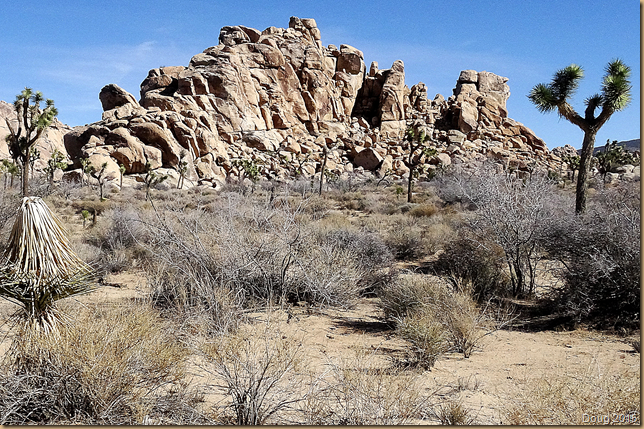 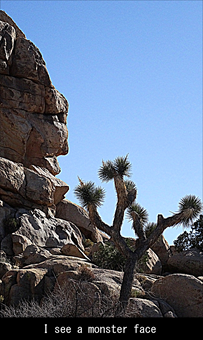 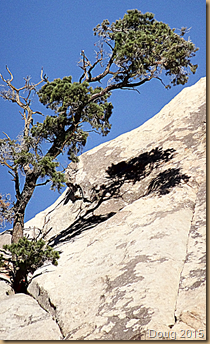 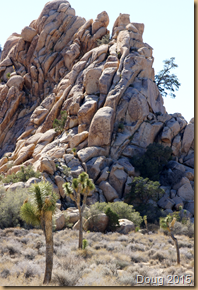 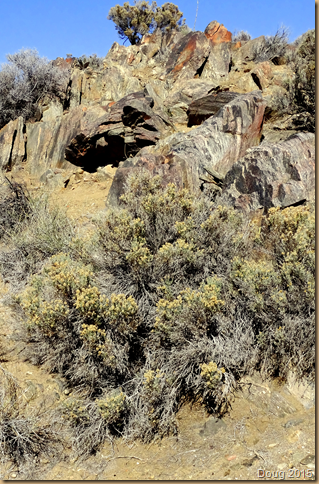 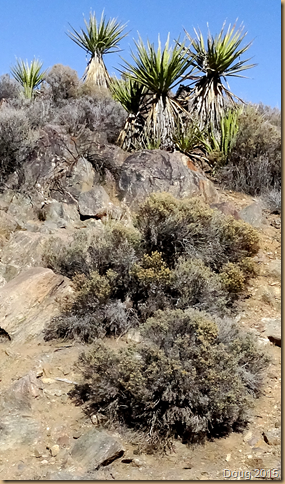 Last Sunday, while I was staying at Walmart, I met three young people from Australia.  They told me they were on a rock climbing visit to the southwest part of the U.S. and they were visiting Joshua Tree National Park.  Today, I was driving past a huge rock and guess who I saw climbing it?  The Aussies. 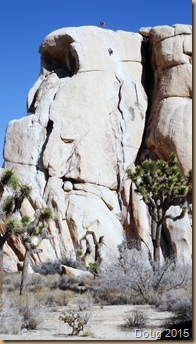 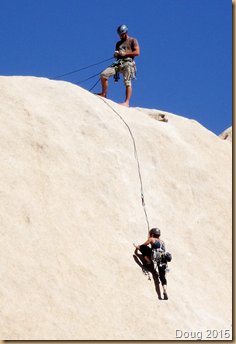 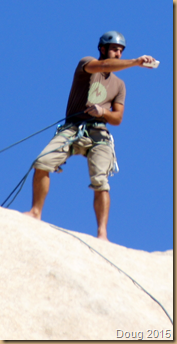 The road wound up through some of the most beautiful and biggest Joshua trees I have seen in the park.  Nice to see so many healthy and large trees. 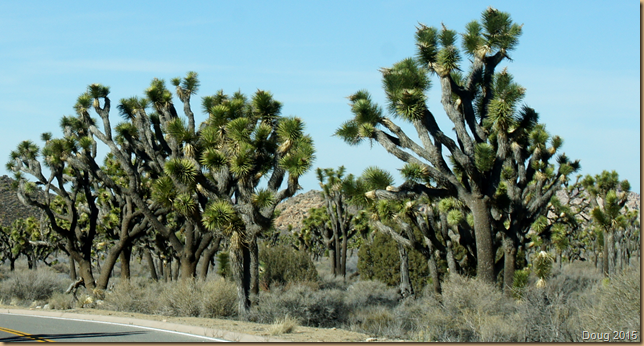 Looking back on Hidden Valley as I headed up the road to Keys View.

The road ended at the top of the mountain and it was just a short sidewalk walk to the very top, so Yuma was able to go with me.  The rule says he can’t go more than 100 feet from the roadway.   It was hazy in the valley.  I could see the city of Indio below in the Coachella Valley.  We were at 5185 feet and the valley floor was at sea level.  The San Andreas Fault runs right through the middle of the valley. 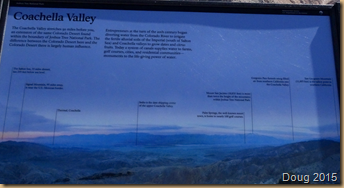 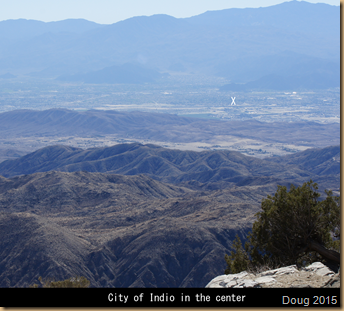 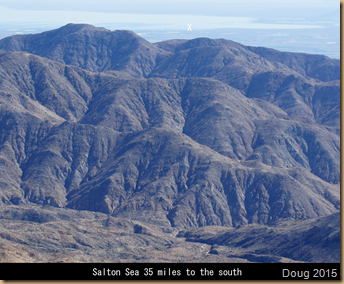 There was no wind so the haze was especially bad.  Definitely, not a good day for taking photos.

Did manage to get a photo of this pretty bird on a Yucca tree. 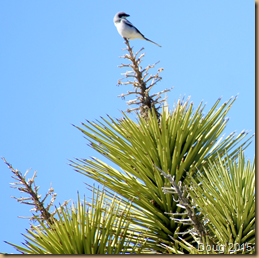 After all the photos that were going to be taken, were taken, it was around 2 pm and time for Yuma and me to head home and do a little relaxing before dinner.

When I got to camp, the first thing I did was check email to see if I had heard from Asurion, the insurance company I am working with to get my new cell phone.  There it was!  An email saying “Your replacement Motorola DRDTBO32RED is prepared and ready to ship.”  Now that was a pleasant surprise.  I was just looking for an email telling me it was still back ordered, but instead, it is prepared and ready to ship.

They had instructions for me to complete my claim and then they would ship for next day delivery.  My phone will be delivered to Yucca Valley tomorrow, Friday the 13th of February.  Hope that is not a bad omen.

Nice ending to a nice day!