Beautiful sunrise with the moon setting. 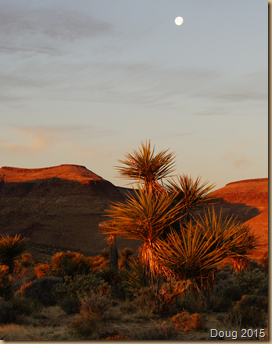 Only have a quarter of a tank of gas in the jeep, so I will conserve gas and just drive down to the end of the jeep road at the cow watering tank.  Then Yuma and I will take a hike. 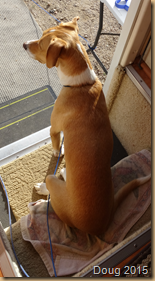 After breakfast, we are heading out toward the mountains.  Not a long drive.  About a half mile. 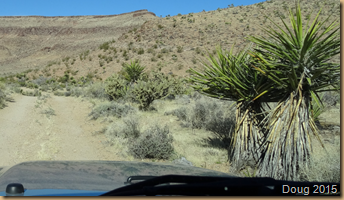 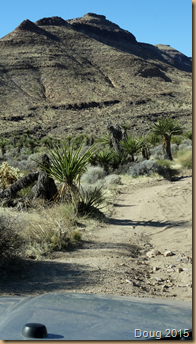 We’re at the end of the road.  Looks like somebody is watching the water tank. 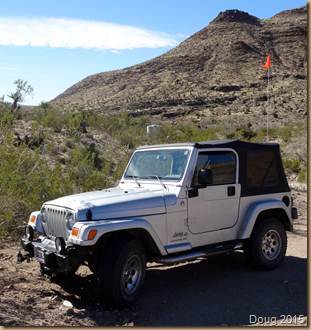 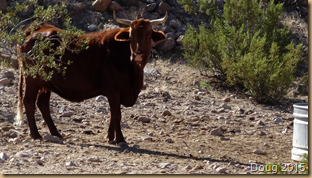 Yuma and I are heading for the canyon behind those reddish rocks just above the mesquite bushes ahead and then on into the canyon. 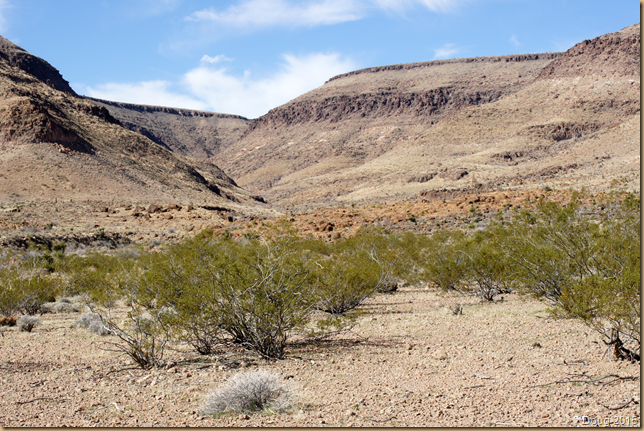 Somewhere between here and those rocks I managed to lose my cellphone.  Yuma got a thorn in his mouth and he and I had a battle to get it out.  If I can just find that spot again, I’m sure I’ll find the phone.  It was right next to a mesquite bush.  Too bad there are a million of them.

I just bought the Droid Turbo cellphone in December in Yuma, Arizona.  Luckily I bought full coverage, so I will be able to replace it for free when I get to someplace with a Verizon store.

Lost it in the morning around 11 am and I spent the rest of the day walking around trying to find it without luck.

After searching for awhile, I came back to the motor home and emailed my son, Jim.  Asked him to give me a half hour to get back out there and he would call my number every 10 minutes.  Never heard a thing.  Bummer.

Mid afternoon, I went down to Al and Kelly’s (Travel With the Bayfield Bunch)camp and borrowed Kelly’s phone. so I could call my number, hoping to hear the phone.  Left Yuma at their place, so I could move faster.  Unfortunately, it went to voice mail without ringing.

I searched until the sun was getting low in the sky and gave up.  Yuma and Pheebs had fun while I was gone, but Kelly said he missed me.  He whined a little and looked out the windows for me.

Al and Kelly are going to stop over in the morning and we will do a grid search.   It is like finding a needle in a haystack, but we will give it a go.