Got My New Cell Phone

We got up this morning with no plans until afternoon when hopefully my phone arrives.  After watching a little TV and reading my home paper, The Pantagraph, I decided to go ahead and do a load of laundry.

Since I didn’t take but a couple photos today, I am going to intersperse photos Of the park throughout my rambling.

It was about 12:30 pm when we arrived at the Laundromat in Joshua Tree. 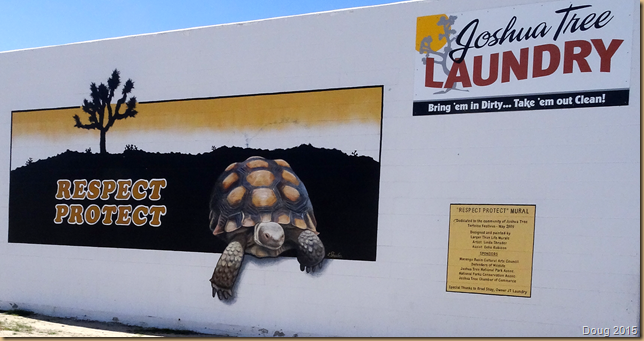 While the laundry washed, Yuma and I walked the neighborhood.  Looks to be a working man’s neighborhood.  I can remember my younger days when I had cars that looked like this one in my yard. 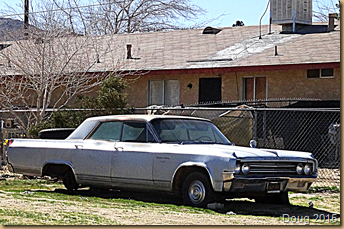 Maybe not quite this bad, but when I had four teenager’s living at home, we had five cars in the family.  That’s the main reason I moved to the country in 1987, so the neighbor’s wouldn’t complain about all the cars coming and going and taking up room on the street. 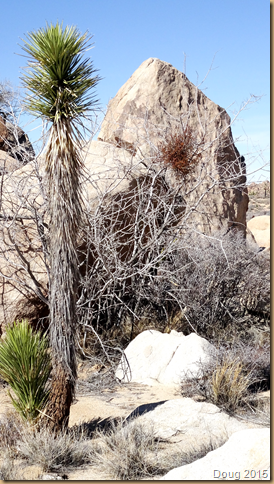 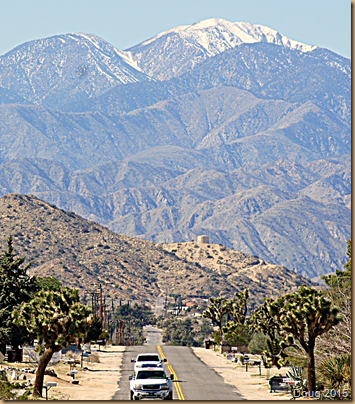 We now own 2 acres in the country, about 4 miles from town.   All the kids are gone now, but we still live in the 5 bedroom house, but now we have 3 storage rooms and two bedrooms. 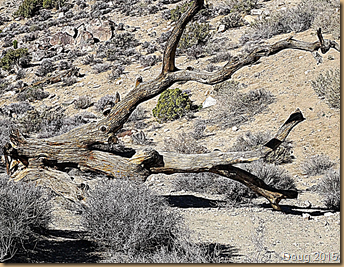 I think we have become spoiled over the years, living in the country with corn/soybean fields all around us.  I thought about selling the place and moving to a smaller home in town, but the more I looked at how close neighbors would be, the thought died.  Dolly never even had the thought, so it was going to fail anyway. 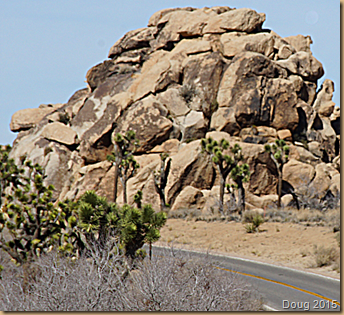 It was around 1 pm when the laundry was done and folded.  We went down to the Goin’ Postal office in Yucca Valley to see if my phone had arrived and sure enough it was there as promised.  Picked it up and drove over to the Verizon store and had them set it up for me and I am now back into the texting business.  Thank goodness;  because the email communication between me and Dolly was not working well. 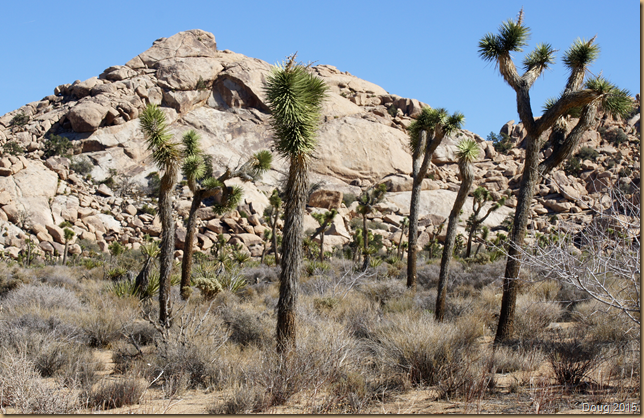 I am glad everything is now back to normal.  It is amazing how much we depend on our cell phones in today’s world.  Information cannot come fast enough for us.

It was too hot to stop by Walmart, so Yuma and I went back to camp and I played with the phone notifying everyone I’M BACK!

Around 4:30 pm, we went into Walmart and I picked up supplies to last at least a week.  I think tomorrow, Yuma and I will be somewhere else at days’ end.  Just not sure where yet.