The sun is rising earlier and so am I.  This morning I woke with the Sun blazing in my window at around 7 o'clock and I was out of bed at 8 o'clock.  Took a small walk around our site.  Every time we move, Yuma is afraid to go out the first couple of days for some reason, but he gets over it. 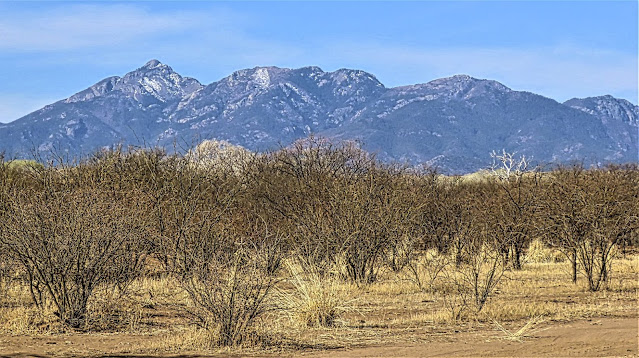 Mt. Wrightson and Old Baldy are to the southwest of me.   Madera Canyon is on the other side of those mountains.  A beautiful area with hiking trails into the mountains.  Hiked as much of it as my body could handle a few years ago.

I was getting tired of the dust, dirt and hair all over the place, so today is cleaning day.  I will do the living and kitchen area today and the bathroom and bedroom tomorrow. 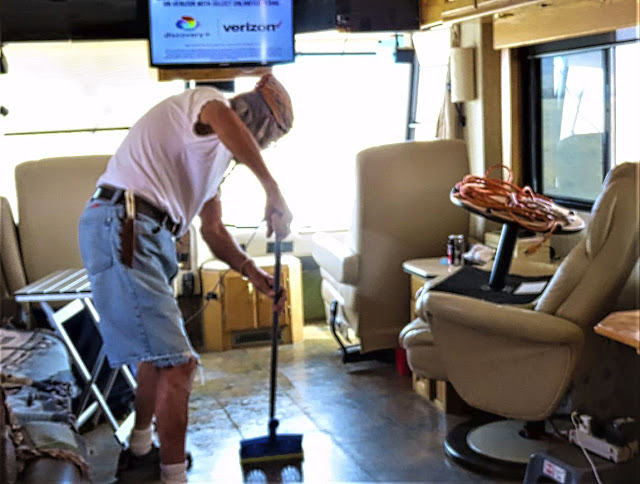 I swept, wiped, mopped and rinsed till everything shined.   Had to shake all the rugs and clean those areas that had gotten spilled on.   Felt so much better when it was done.  Then Yuma and I did a little resting.  The temperature keeps rising and it is now near 70 degrees.  We are at just over 4600 feet here and it is supposed to get to 80 degrees today.  However, this will be the warmest day.  Later this week it will only be in the 50s with lows in the 30s.

Finally, around 3:30 Yuma couldn't rest anymore so we jumped in the Jeep and headed the short distance to the Empire Creek so he could run the trails.  The first year I walked this area of Cottonwood trees, it was beautiful and lush, but they had a fire that ran through the creek area and destroyed nearly all the trees several years ago. 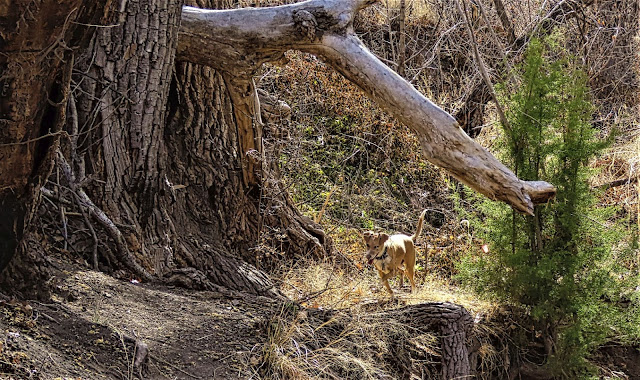 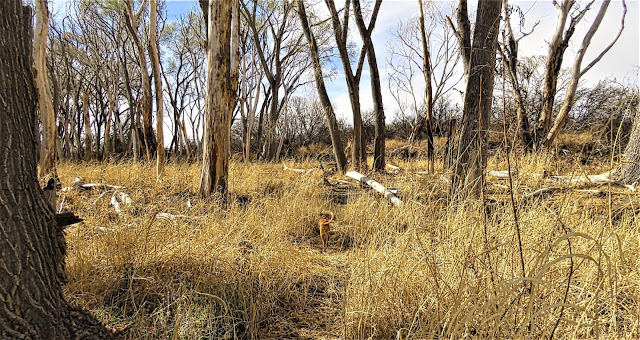 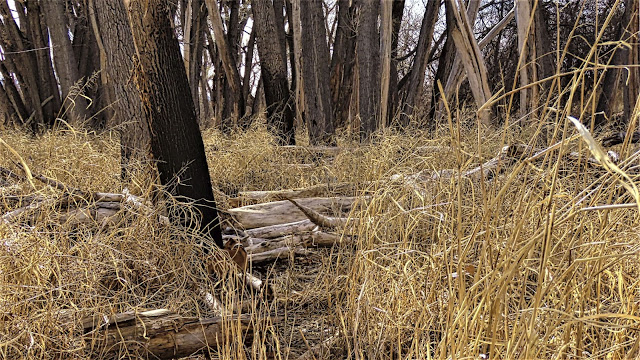 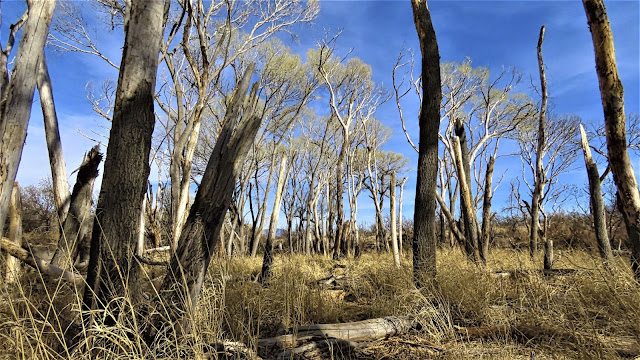 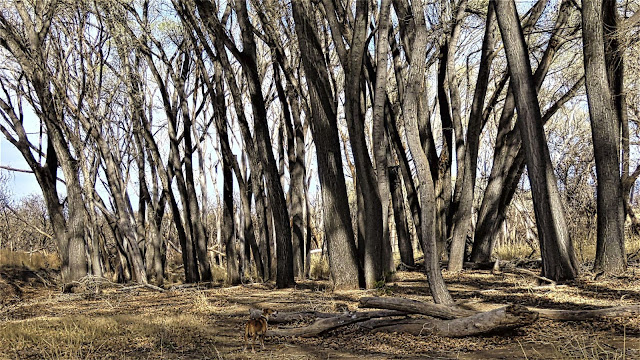 While we were heading back towards the Jeep, Yuma stopped and started wagging his tail.  I knew he saw a dog.  Off he went with me yelling at him to stop.
As I came around a huge burned tree trunk, there was a woman and a dog on the hill above me.  She asked if Yuma was my dog and I told he was mine.  She seemed a little fearful of my appearance and after just a moment, she headed towards the trail head.
Yuma got to the parking area first and he was having the best time running with that little doggie.  Couldn't believe how fast her little feet could go to keep up with Yuma.  That Maggie was a cutie and so excited to run with Yuma that she wouldn't get in the van.
I introduced myself to Elma and she said her dog was Maggie.  She was near a 1995 van that she had made into her home.  She noticed I was from Illinois and she was from Indiana.  Said she has been living in the van for two years traveling the west.
She is young, maybe 35 years old.  I was curious, so I asked her why she was living in the van.  She said that ever since she was a kid it had been her dream to do this and she had the opportunity and she is now living her dream. 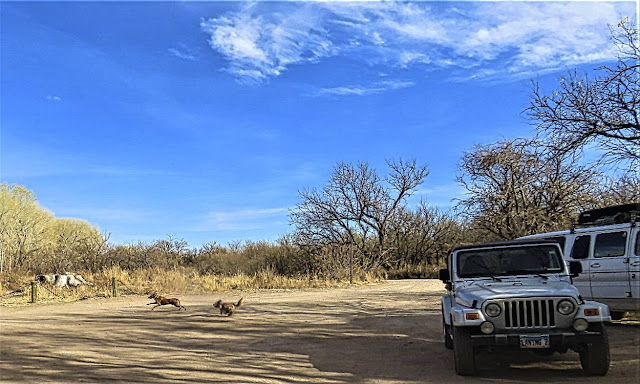 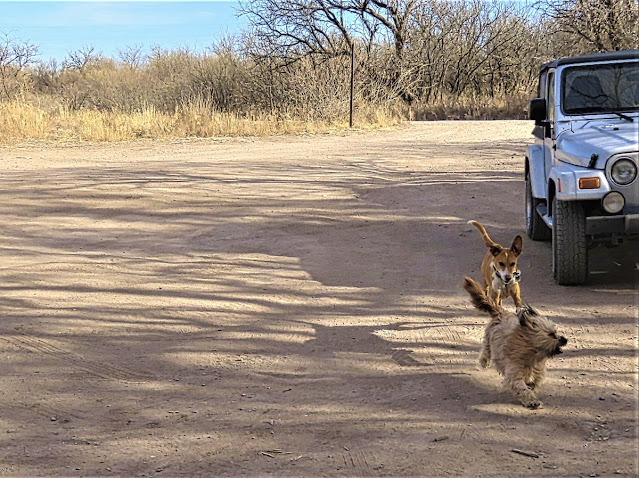 It was nearly 5 o'clock before we got back so I edited my pictures and then fixed a cheeseburger and a salad for dinner.  Yummy!  It's now 7:30 and I'm finishing my post so I'll have time to relax and watch TV before bedtime.  All the 4-wheelers have left so I'm now alone in the grasslands.  Sure do hope for a quiet week ahead.
Thanks for stopping by.
Posted by Doug Laning at 8:48 PM