This morning I woke up at 8 o'clock but it was cold and partly cloudy out so stayed in bed until 9:30 reading blogs and writing texts.  Supposed to be windy and cool today.   Yuma finally decided he needed to go but unfortunately it was 12:30 in the morning😠

Yesterday, after 45 days, I finally bought glucose strips and tested my blood before dinner.  WOW!  Came back as 225.  Highest I'd ever seen in all my tests.  I had eaten a half grapefruit and two mandarins sometime earlier, so decided to wait till morning and check it after a night's fasting.

When I got up I checked and it was down to a more moderate 117.  That is a good number for me.  Back to testing now so I will know why my numbers fluctuate so much.

Only had two things on my to do list today.  Plan to stop by Walmart and buy a cellphone to TV cable so I can watch videos and my Netflix on the TV screen.  The second is to buy some small piping to replace the rusted piping at the exhaust of my water heater so it will be quieter.

At 1:30 we jumped in the Jeep and quickly got the cable at Walmart with no problem.  As for the piping, I went to ACE Hardware and they sent me into Tucson to Lowes, but they had nothing.😟  Drove straight north on the S. Houghton Road that was under construction.  The Santa Catalina Mountains are dead ahead with snow on Mt Lemmon.  Those are some high and rugged mountains! 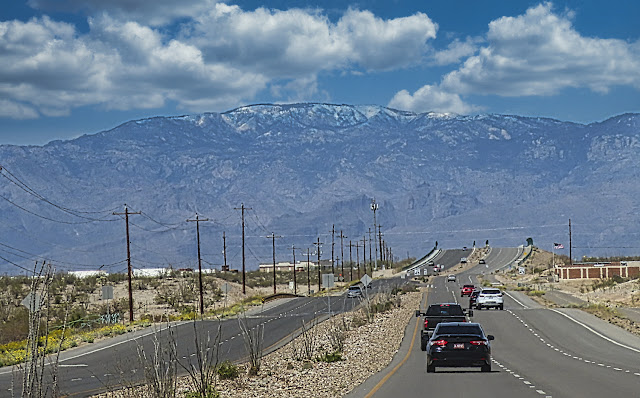 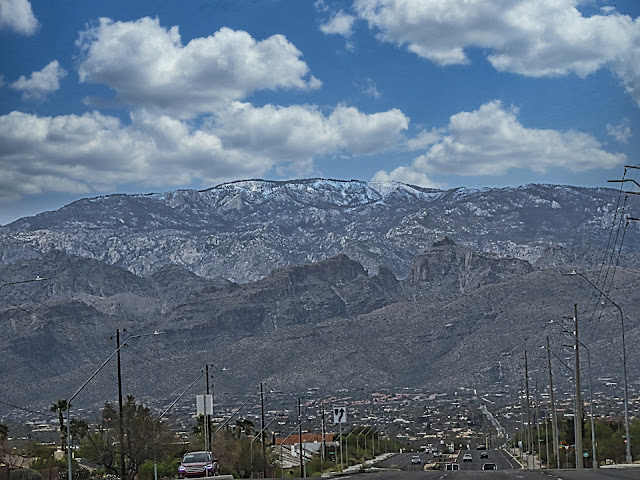 Didn't get back home till 3:45!  This side of Tucson is growing like mad and the roads are being widened and there were long lines of cars at every stoplight.  Not used to heavy traffic like this and I don't like it!😖

First thing I did when I got home was to hook the cable to the TV using the HDMI connection and the normal cellphone connection to my phone.  It worked perfectly.  I could see a mirror of everything on my phone on the TV screen.  We have a Netflix account, so I logged on to check it out.  I can now watch movies from my Netflix App.  Be interesting to look at my blog pictures on the big screen.  Haven't done that yet.

We've had winds most of the afternoon and the MH is swaying a little but it will soon die down.  Yuma could hear a loud base sound outside so we went out to investigate.  Cold out.  That is Mt Wrightson south of here.  Not exactly a ranch with a windmill but as close as I get in an RV park.😀 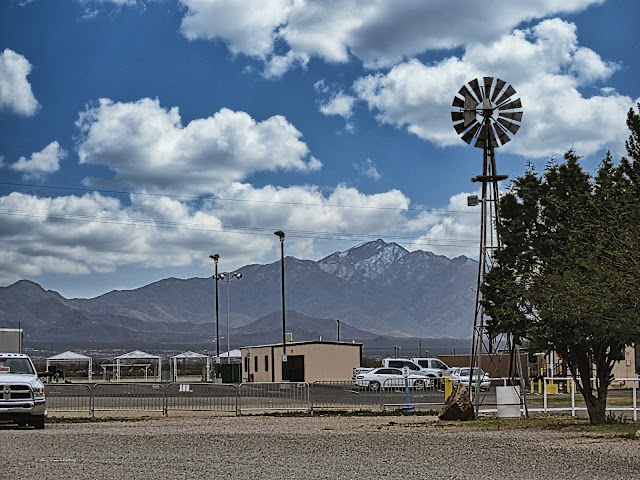 There was a concert going on over in the Pina County Fairgrounds.  What state do you think this truck is from? 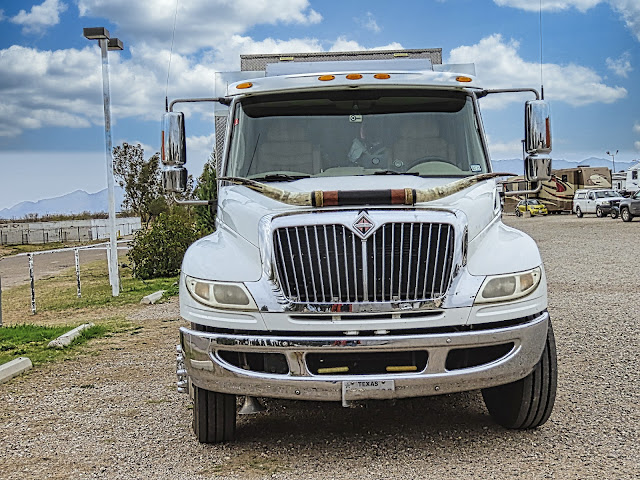 Cheeseburger for dinner tonight and maybe watch a Netflix movie before bed.😀