Windy and cloudy start to the day

As usual I wake at 7 o'clock, listen to the news and then go back to sleep.  Normally for only an hour but this morning, I didn't get out of bed till after 9 o'clock.  I could see out my window that it was cloudy and getting windy.  The weather in Bloomington, Illinois is as fair as it is here today.  It was 57 and clear there but windy.  61 here and cloudy and windy.

Took my sweet time with breakfast.  Got a text from Tom and Deb Celebrating the Dance they plan on moving into the area this weekend.  Be great to have company and if Nancy Kissack Adventures can bring that new rig of hers down, we can show her how to boondock in style😃

After breakfast around 12:30, Yuma and I decided to run into Sonoita to get a couple of gallons of drinking water.  Didn't take long.  Couldn't believe we had a little sprinkle as we headed into town.  Just enough to clean the windshield is all though.

Sonoita has a different sign for each of the four ways into town.  Hopefully, you'll see more in the days to come. 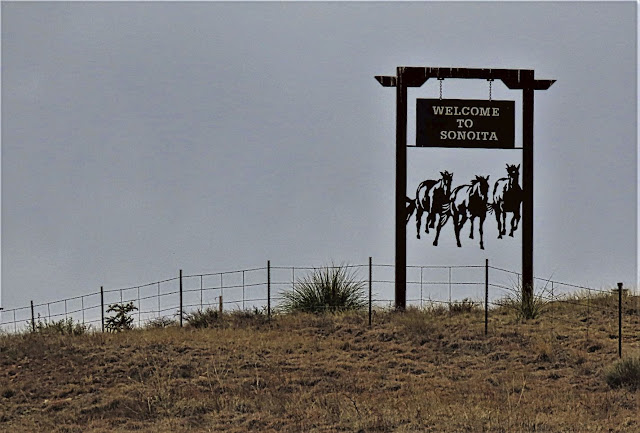 Just a few pictures as I walked around.  I was looking for a drinking water dispensary but couldn't see one, so stopped in the Dollar Store and asked.  No dispensaries in town but they will sell me a gallon for $1.  Probably the cheapest thing there.  Bought a jar of mayonnaise for  $4😋 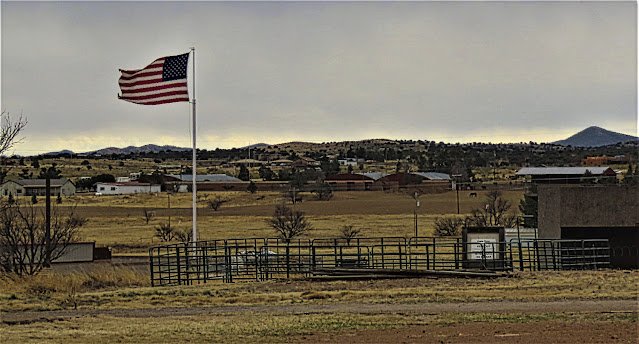 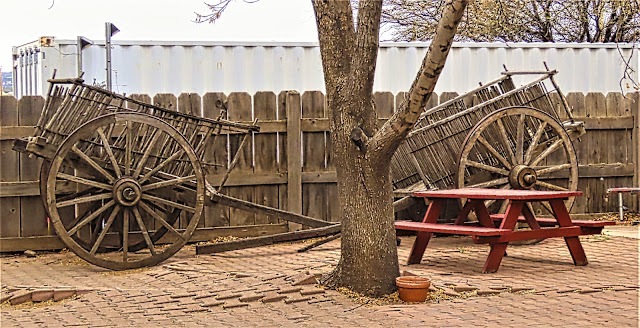 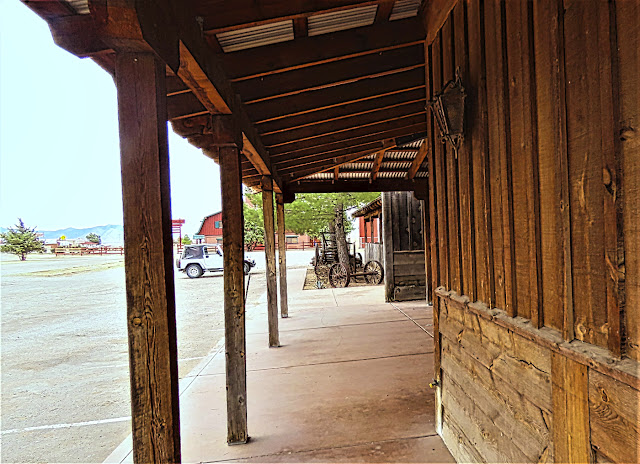 When we drove back to the ranch, I checked out another parking area to see if I would want to move there if the 4-wheeler crowd bugs me too much this weekend, but the only two sites I like were already occupied. 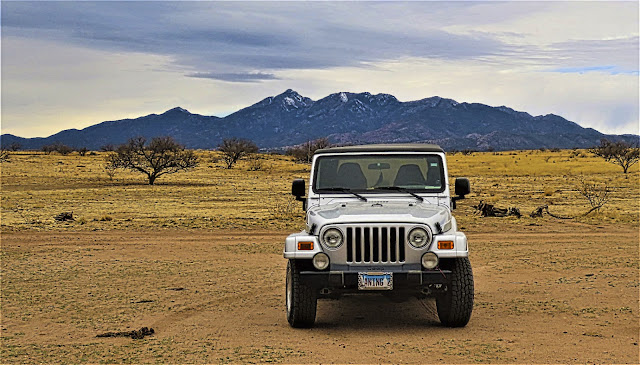 As we drove into our area I could see a couple of horse trailers so went over to check it out.  Hopefully there is an event coming up this weekend and we'll have lots of horse instead of 4 wheelers👋 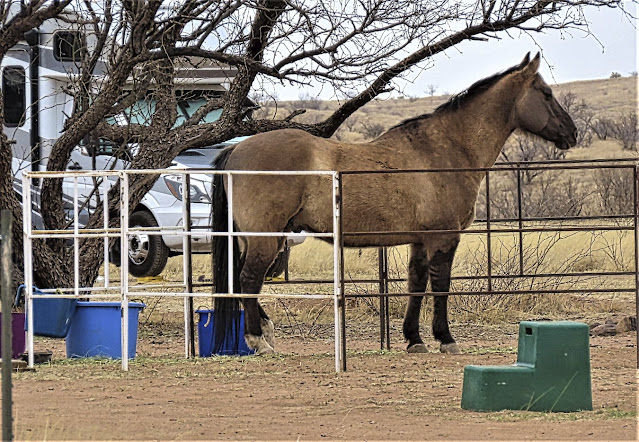 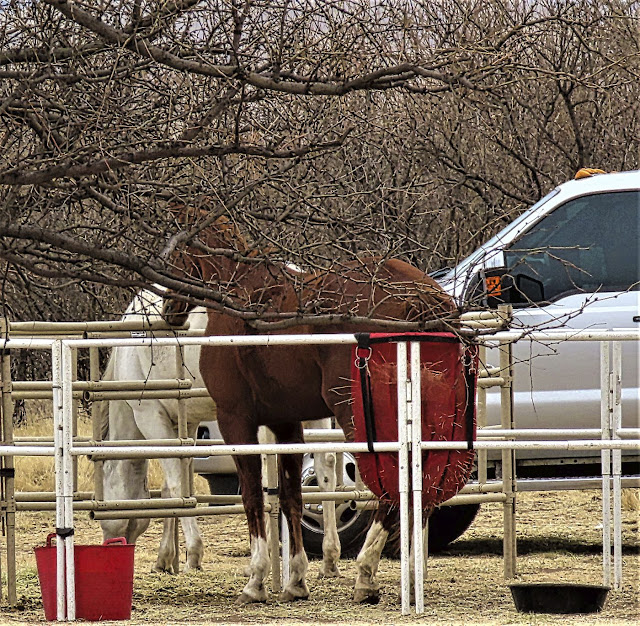 The wind blew the clouds away and the sun came out later in the day, so Yuma and I braved the winds and took a stroll through the grass. 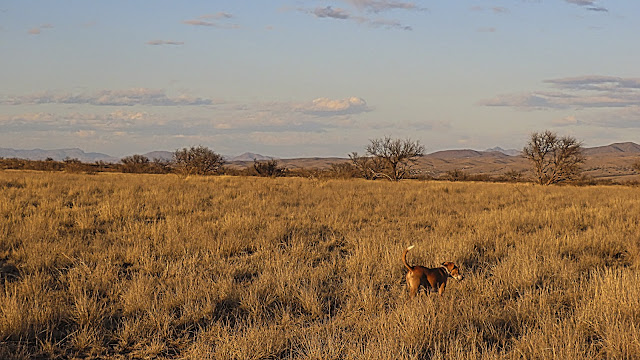 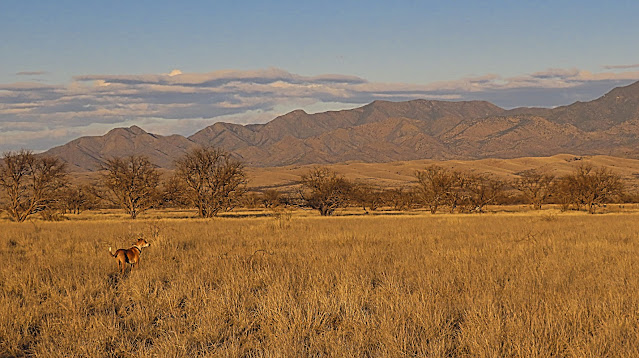 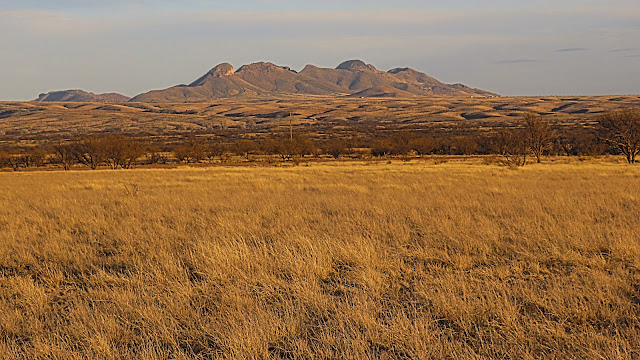 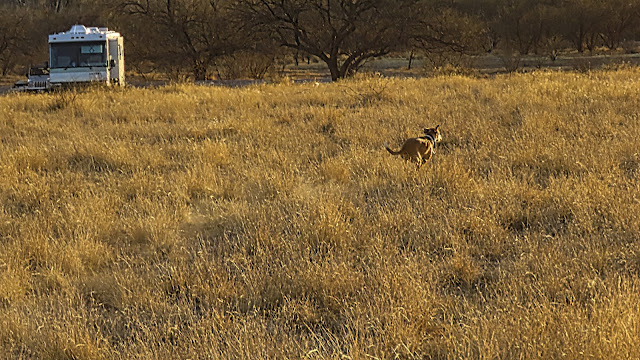 Yuma has gotten over his new place fears and runs through the grass and loving it.  Glad there isn't any shooting around here.
Yuma and I just finished a huge dinner of top sirloin, beans and potatoes.  Also had a small tomato smeared in mayonnaise.  Dolly was surprised that I liked them that way.  Still learning after 54 years of marriage😍
I did get the bedroom done today, but did not make the bed though.  Got to take at least one liberty living as a bachelor😁
The winds have died down and all is quiet outside.  A little TV now and then off to bed.  Thanks for stopping by.
Posted by Doug Laning at 9:24 PM