Woke up early for some reason this morning.  Awake at 8 o'clock and out of bed by 8:30.  They're calling for wind later on, but now it is just another perfect day.  In fact, the breeze is keeping it cooler so I can lounge in the Sun😀

While drinking coffee and eating crackers, Yuma saw three Ravens lazily drifting low in the sky and off he went.  It was funny to watch because the Ravens toyed with him.  They would hover over him and then swoop down just to aggravate him.  Finally they got bored and drifted elsewhere.

Dolly texted and said they were having bacon and eggs at their place, so I decided that's what we would have.

Around noon, Yuma and I headed out looking for that elusive crested saguaro, but it remained hidden away.  This may be it..😁 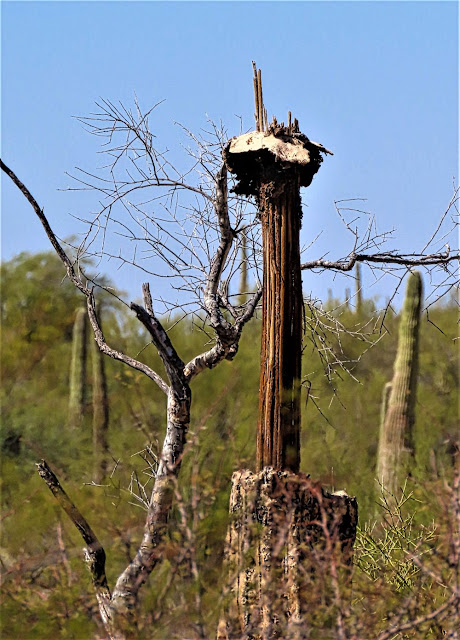 This was Larry's first trip to the southwest so maybe he thought this was one.. 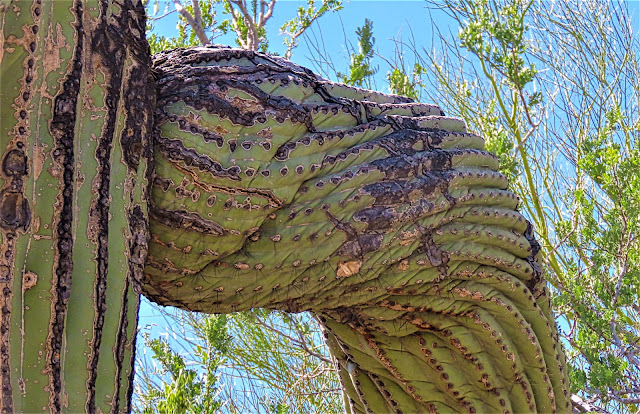 I could still feel the affects of yesterday's hike so didn't wander far from where he indicated it was.  This area is rugged.  Poor Yuma is pulling something from his paw. 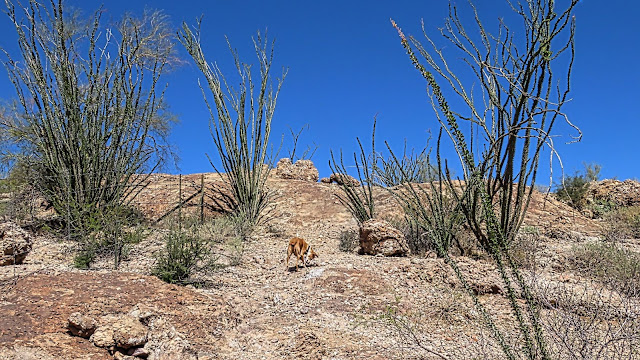 Guess it will remain elusive.  We were back home by 1 o'clock and the wind was beginning to really blow.  So much so, we stayed inside and just rested for several hours.

At 4:30 Yuma wanted one more run in the Jeep so I decided we would head a few miles over to Locomotive Rock and climb around.  Unfortunately, it is late in the day and I was on the shady side of the rock which doesn't make for the best pictures. 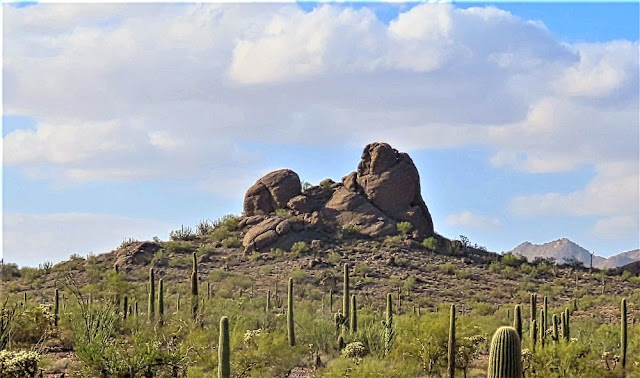 Drove down a dirt road in hopes of getting close, but this road didn't do that, so went looking for another.  Finally found the right road that led much closer. 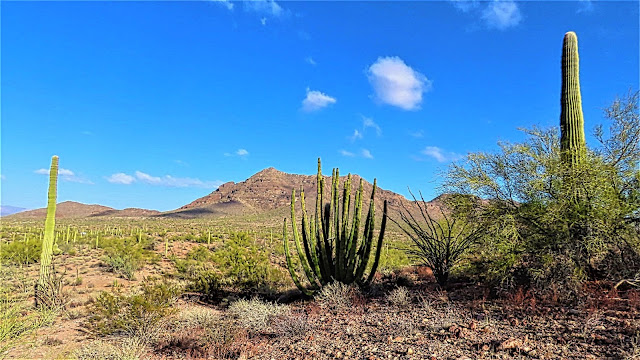 One last picture of Black Mountain, I promise.  Parked the Jeep and headed towards the base of the rocks. 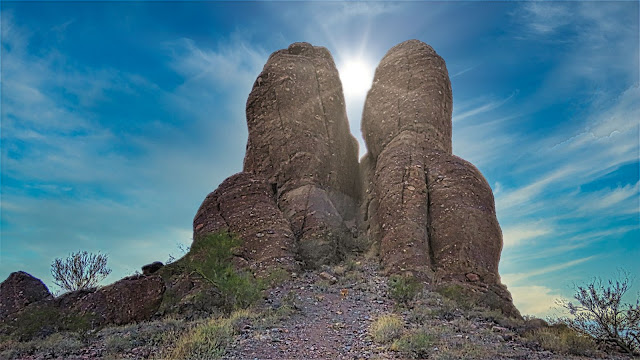 Look closely in the lower center and you will see Yuma.  Gives you an idea of how large the rocks are.

Looking back to the East towards the entrance to Darby Well Road.  My Jeep is down there if you double click to enlarge the picture. 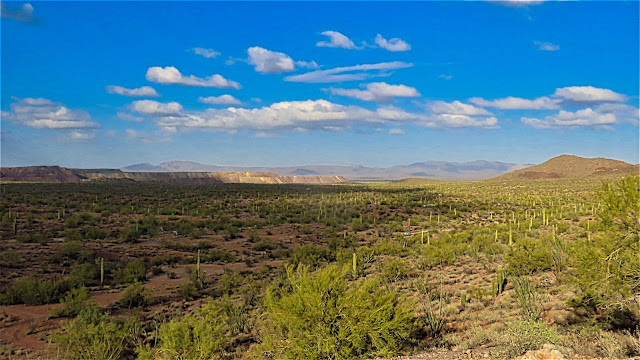 The wind is still blowing like crazy but the temperatures are comfortable.   Clouds are building up in the West and time for us to find our way out of here and back home for the night.

It was 5:30 when we made it home and time for a couple of hotdogs and chips for dinner with a Zero Coke to top it off.  Can't mess up hotdogs😄  The wind is still blowing hard outside tonight and it is cloudy but no rain is in the forecast.  Going to watch a little TV and call it a night.  Got lots to do tomorrow.