Slept pretty good last night.  Woke up at 8:30 to the patter of rain on the roof but luckily no wind.  Temperature was a cool 48 and only a high of 59 expected today.  Didn't get out of bed till around 9:30 because it was cloudy and cool outside.  Luckily, the sun should break through the clouds later.

Yesterday as I was typing up my post I happened to look out the window and saw a van go by that had Cameron's Reliable Mobile Repair on the side of it.  I called and got a messaging system so I left my number hoping to get a call today.

After breakfast, I tried to take Yuma to the Dog Park 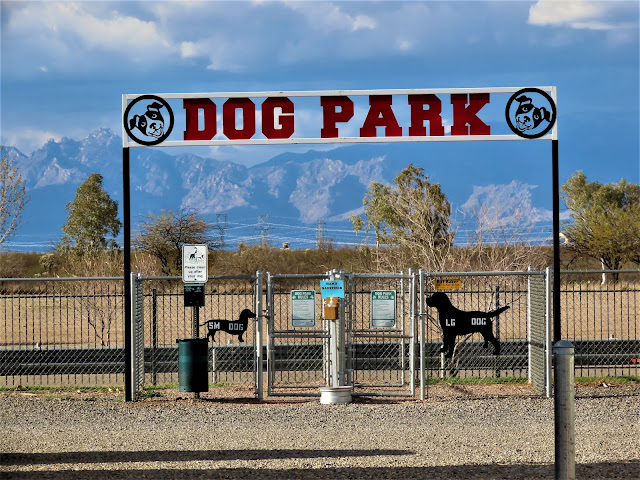 But he heard gunfire from the shooting range down the road and that ended that idea.

It was around 11 o'clock when I got the call from Cameron.  Surprised he called and he sounded like he knew quite a bit about the Safari Serengeti.  He said he could come by next Tuesday late in the day to see what needs to be fixed.

Don't know when he will come back to actually do the work so I stopped by the RV office and told them I would not be leaving next Monday.  I will just be happy to have someone that knows what he's doing working on it and that is not me!😁

Laid around and took Yuma back to to the dog park several times but no luck.  The shooting has stopped.   Finally at 3 o'clock I left Yuma here and went the five miles to Walmart to do my shopping.  Back a little after 4.

Tonight after dinner I'll watch the Chicago shows and call it a day.  Not an exciting day but got two very important things accomplished so I'm happy.  It is supposed to be VERY windy tomorrow and remain in the 60s for the rest of the week.  Where has the Arizona weather gone?😩 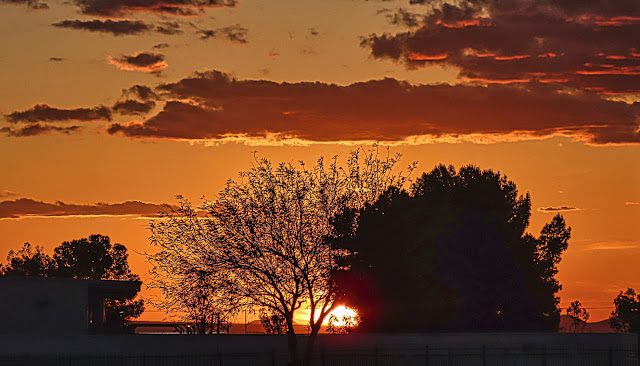