Starting to get closer to 9 AM before Nick, Yuma and I get up in the mornings.  Yuma is the one that makes the first move, wanting to go outside.  We had our full three course breakfast this morning and I remembered last night to pull out a couple of rib eyes for tonight.

Nancy sent me a list of places to see around Tucson, so this is where the confusion starts. She mentioned a ghost town named Ruby and Silver Bell Mine near Red Rock.

I put Red Rock in Google maps but my mind was thinking Ruby the ghost town.  I noticed Picacho Peak was near by, so we decided to hit both today.  Only about an hour up I-10 towards Phoenix.

We headed out around 11 o'clock and the first confusion occurred when we turned right onto I-10.  We actually turned a little short and ended up on the Frontage road running along side the interstate.

Like a dummy, I'm one to never say turn around and go back, we kept going towards the next exit about 5 miles up the road.  The road turned worse and worse and after about four miles we ran into a chained and locked fence. 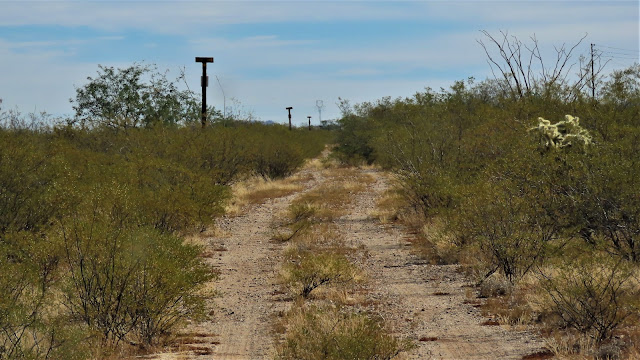 Finally, I said Uncle and we turned around and went back losing about half hour of our one hour journey.😡

We got on I-10 and traveled the hour up to Red Rock with no problems passing to the west of Tucson.

Turned onto Red Rock road and there were houses all around and no sign of a ghost town.  After searching a little, we decided to check out Picacho Peak.  It wasn't until we were returning home later that I figured out I should have been looking for the Silver Bell Mine near Red Rock.😡  Great navigator I am!

We went the five miles up I-10 and stopped at the Peak.  Only $7 per vehicle.  They had two main hiking trails.  One that went to a vista overlooking the desert that was one mile round trip and a rugged three mile round hike to the top of Picacho Peak.

Being my first hike since April, we decided on the shorter hike and it was beautiful.  We're heading for the low area to the right side. 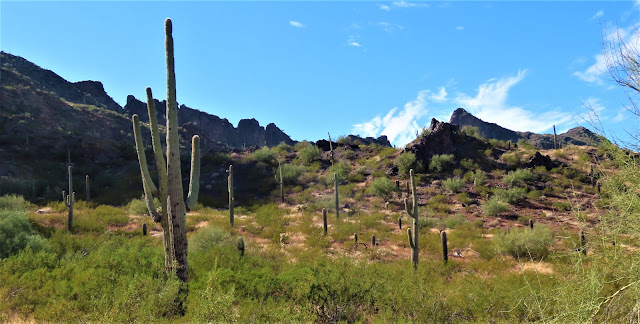 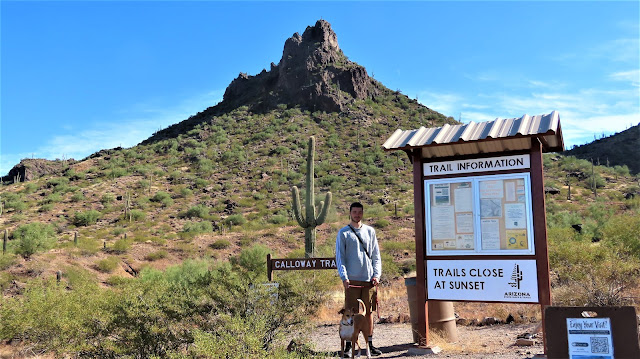 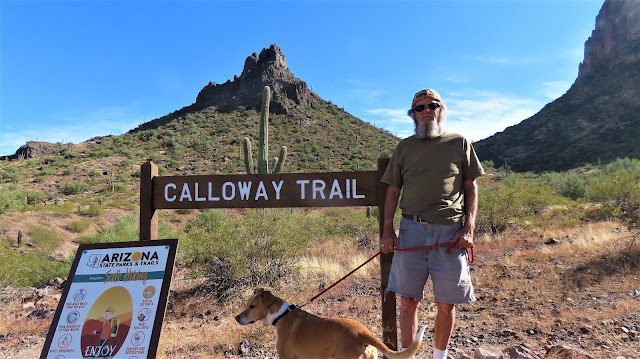 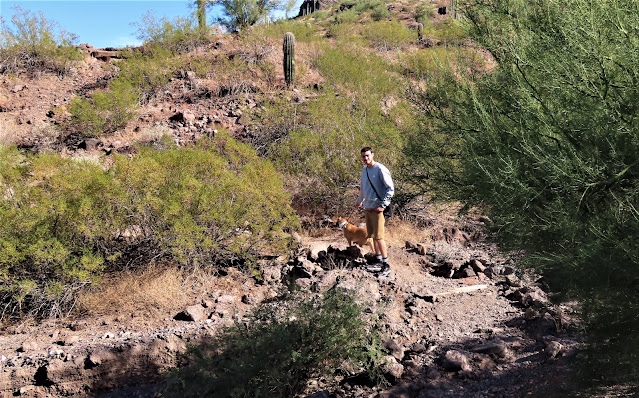 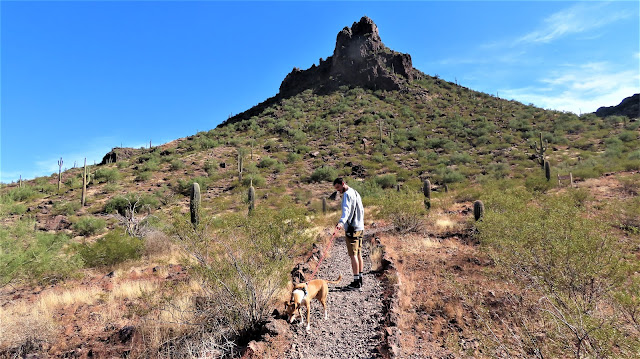 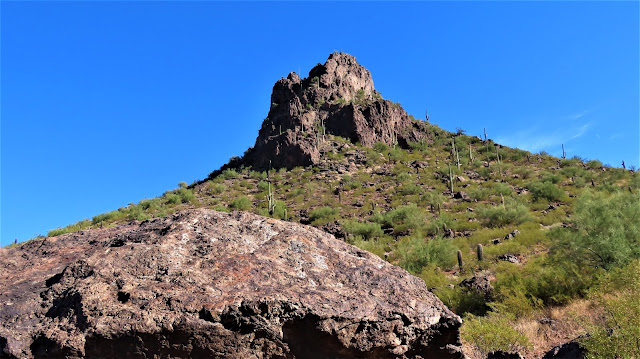 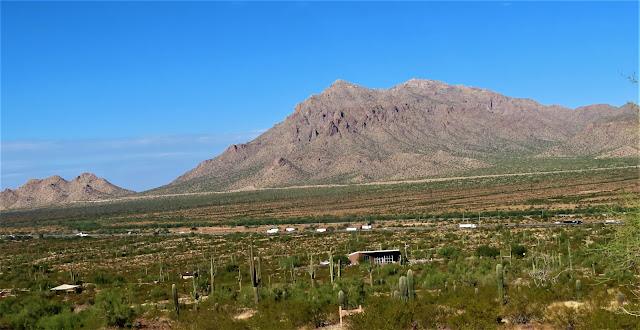 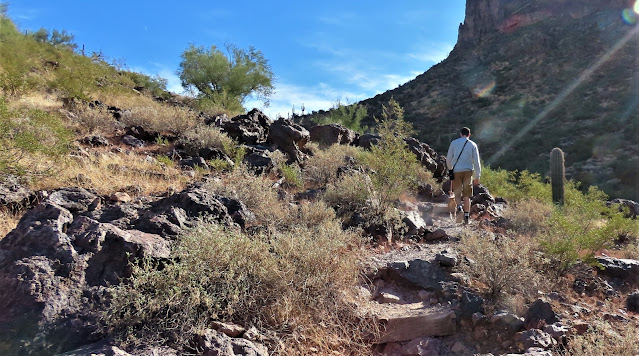 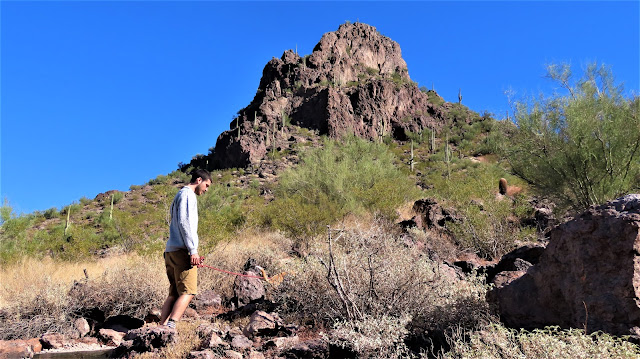 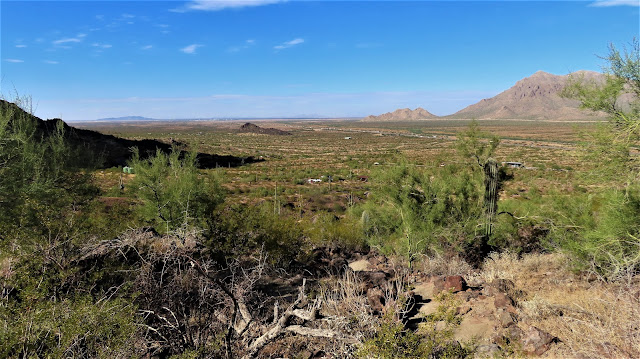 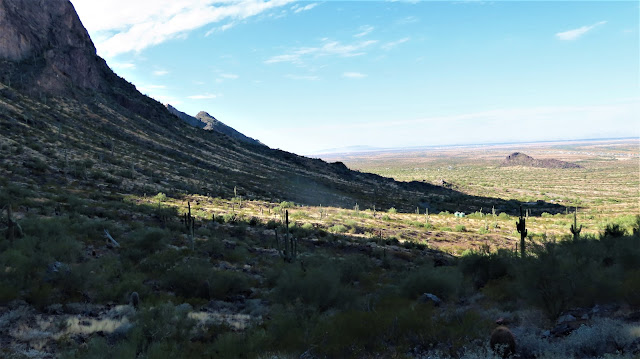 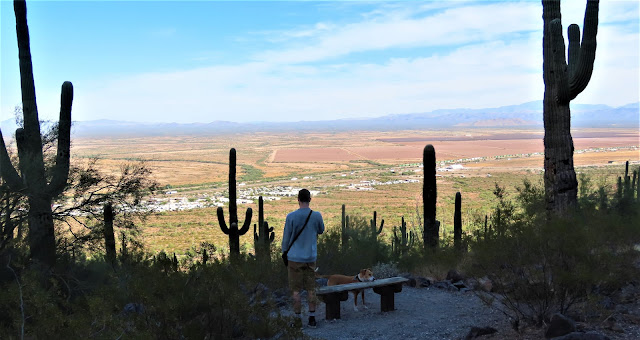 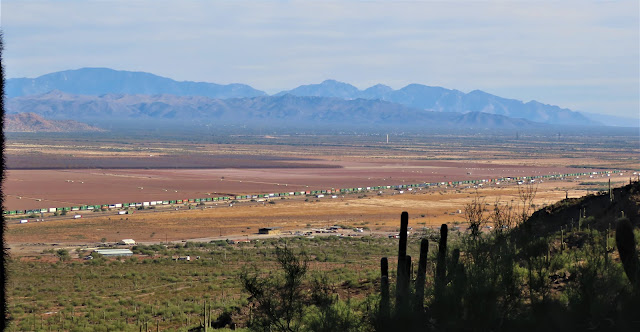 Picacho Peak behind us. 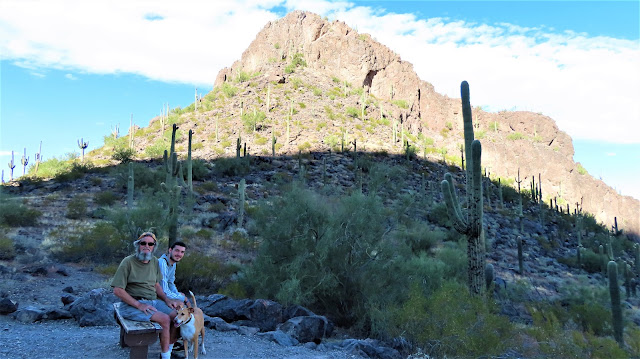 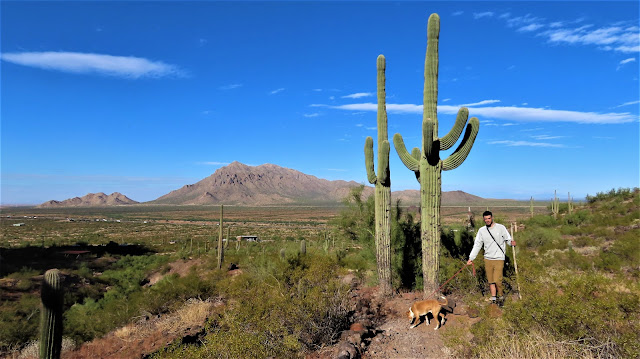 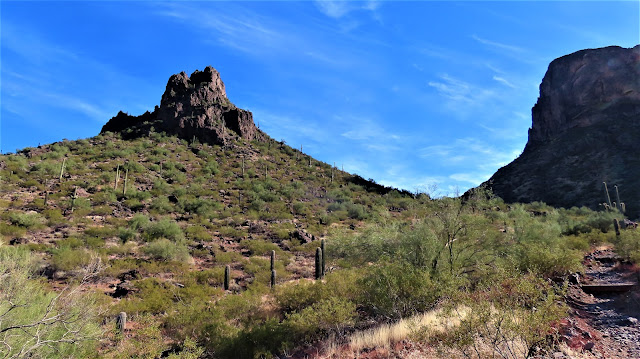 Nick wants to hike the Peak trail that takes about three hours, so once the White Lion is repaired we'll head this way.

Amazing, it only took 45 minutes to get home when you navigate properly.  It was now 4 o'clock and I was beat, so I rested till almost 5 o'clock before fixing dinner.  So did Yuma and Nick 😀 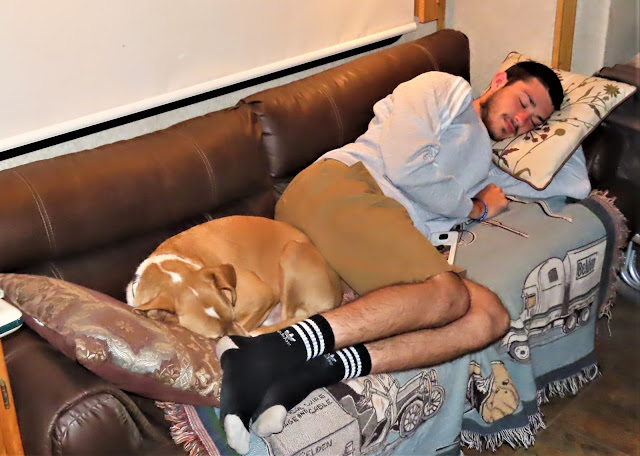 Grilled two rib eyes, a row of sweet potatoes and white potatoes and heated up the French beans.  Delicious, if I must say so myself! 😋  And then pudding with whip cream for dessert.

Now it is time for Survivor!  Bummer! They voted out my pick to win😝