Woke up this morning at 9:15 without a plan in my brain.  It was cool out but not a cloud in the sky.  Always love the Sun 🌞  Thought we would just stick around home and do a few projects.

After a leisurely breakfast, Nick went for a five mile run while I played around with the new toy I bought last year but never used.  It's a cable to go from your HDMI slot on your TV to the slot in your cellphone so you can watch streaming from apps on your phone.

There are places I go that are too far from a TV tower to pick-up local channels and I've always missed "Survivor" on those occasions.

Today is the day to stop that.  I downloaded the NBC app and logged into my Dish account and before I knew it I had "Survivor" up and running on the cellphone.

Then I tried plugging in the cable thinking it would miraculously work, but all I got was No Signal😡  Finally, Nick came home around noon for the rescue.  After tinkering with it and doing a little research we found that I had missed a few pop-ups on my phone that needed to be handled before I was allowed in.  Voila!  I now have CBS on the TV in wide screen 😀

If you wondered why I didn't just use the local on Dish well there is a problem there.  You can only get local stations by letting Dish know where you live and they switch you to the nearest local city.  If I do that, Dolly loses her local channels on Dish because it's out of her area.  Then I get a mad phone call from Dolly because she is missing "Survivor".😱  Certainly, can't have that!

It was getting close to 2 o'clock and the weather was nice out so I asked Nick if he wanted to drive west of Tucson to the Kitt Peak National Observatory since we won't be heading for Ajo from here once we leave.

He was up to it so off we went to Kitt Peak .  It was around 2 o'clock by this time, so were going to have to hurry to make the 140 mile round trip before dark.

Here are the pictures of our drive. 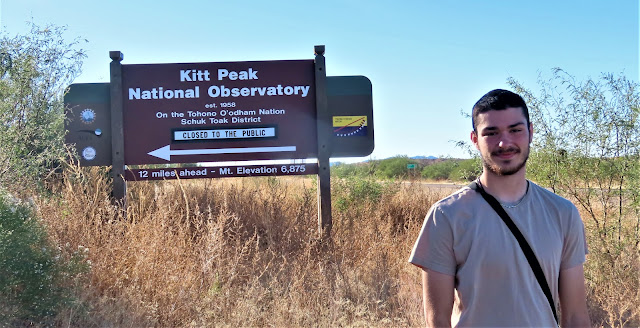 Uh Oh!  Should have checked the website first.  It's closed.  But we didn't necessarily need to go inside, we just wanted the drive up there and a few pictures.  And the left side of the fence was wide open 😂 so off we went! 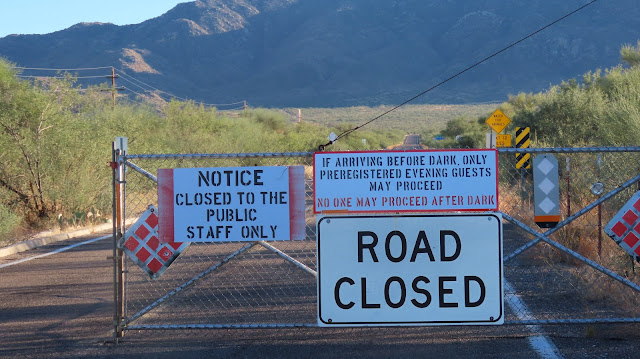 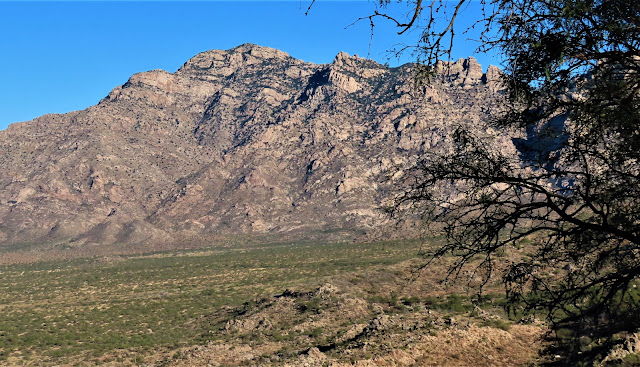 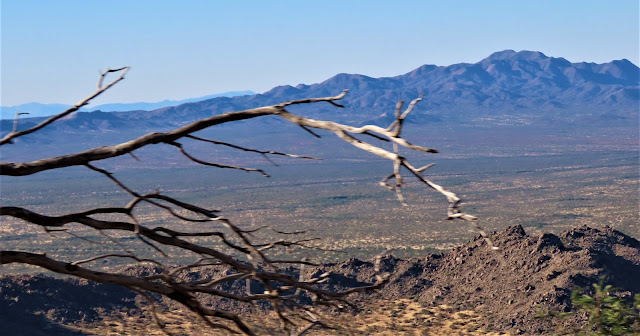 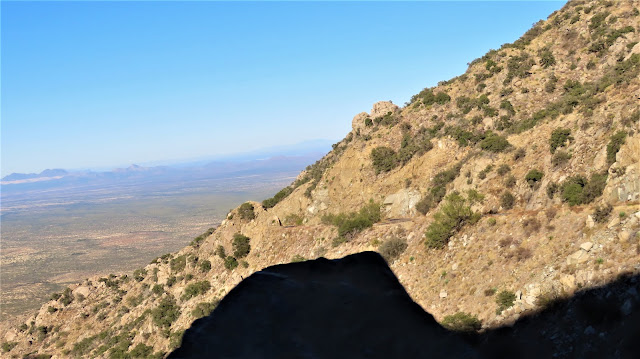 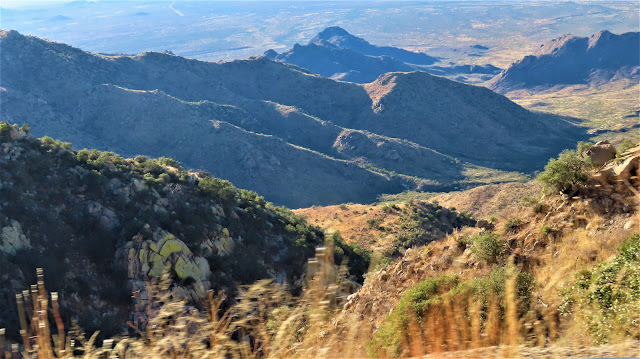 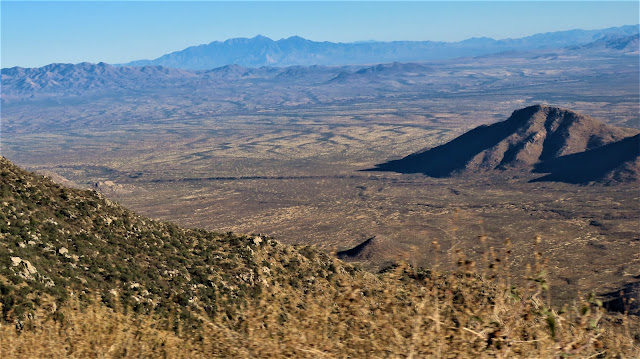 Finally arrived at the top.  We're around 7000 feet up the mountain. 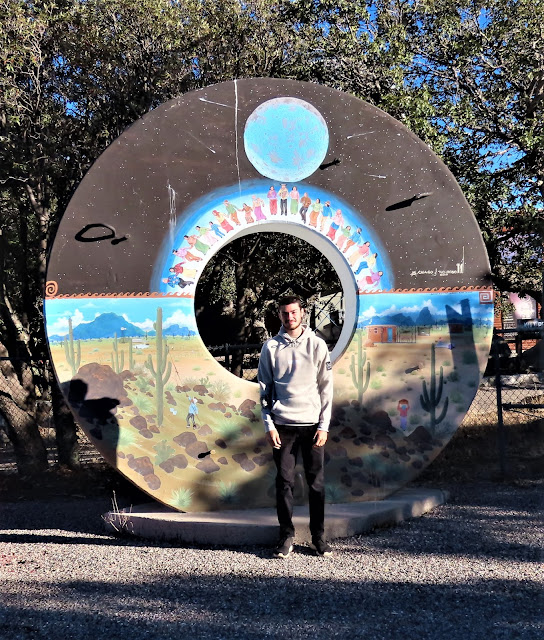 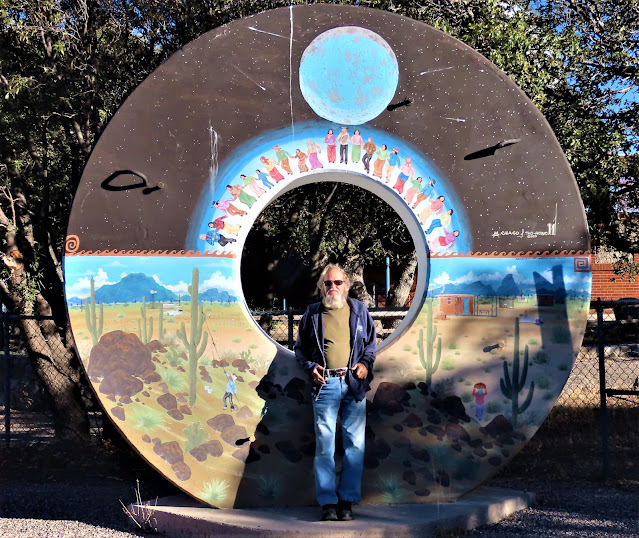 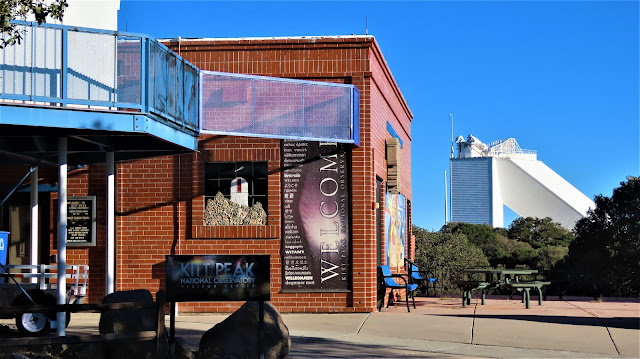 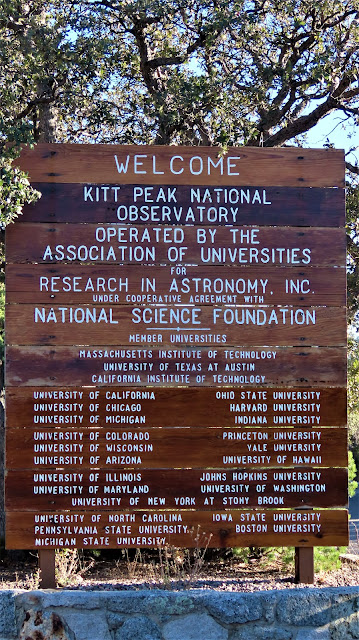 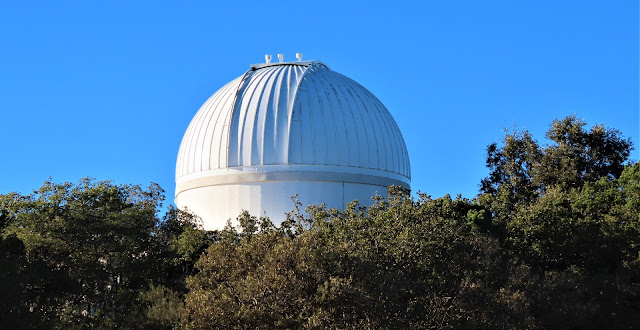 Somehow we managed to make a great day out of it even when starting without a plan.  Glad we weren't arrested and thrown in the caboose for the night.
Arrived home just as the sun went down at 5:30.  I had a hamburger and Nick had two turkey burgers.  Now to finish this post and call it a night.
Thanks for stopping by.
Posted by Doug Laning at 9:03 PM