First trip out of the country to Mexico

Hello! This is Nick, Doug's grandson. Ill be sharing my first trip out of the country to Mexico. We woke up this morning a little earlier than usual, around 8:30, in anticipation for me making the journey with Tom and Deb to Mexico. We were planning on leaving at 9:30. I had a quick bowl of cereal and got dressed and I was ready! With the extra time I had before I made my departure I wrote in my journals. One is just for how I'm feeling and the other is a dream journal. I had an interesting one that Grandpa was a high school teacher and I was in his class! I went outside to walk around for a bit but right when I walked out the door I saw Tom and Deb heading my way.

It was a quick drive over to Los Algodones. We parked right outside Mexico in a big parking lot and headed into the country. Before we were even across I noticed someone asking if I wanted any dental or optical work done. This would be a common question throughout the day. We got through with no issues and didn't even have to talk to anyone or show any passports.

Right when we got inside the vendors tried to get me to buy anything they were selling. From jewelry, to wallets, to sunglasses, to hats. This would not be a fun place to be if you have trouble saying no to people! We walked up and down the streets looking at all the trinkets you could buy. 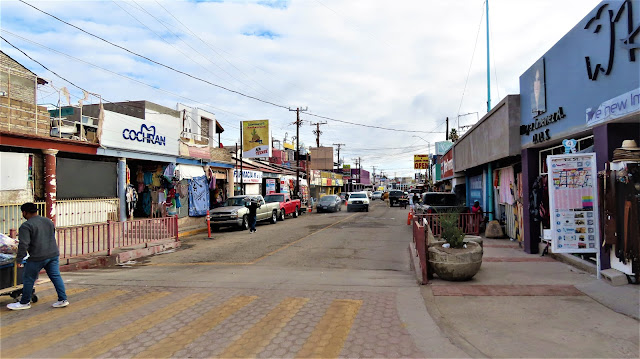 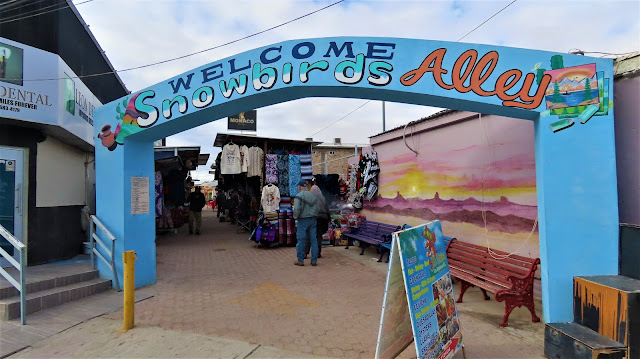 After browsing for awhile we decided to get some lunch. I was surprised when we got inside the restaurant there was still people trying to sell us stuff! I got three chicken tacos and a mango margarita thanks to Tom and Deb. We enjoyed our meal and sat and talked for awhile. We also listened to the musicians play live music. I should have taken more pictures of the inside! Before long we were ready for our final stop, the pharmacy.

While Tom and Deb did their thing, I hung out outside to try and take a few more pictures because I realized I had been slacking! 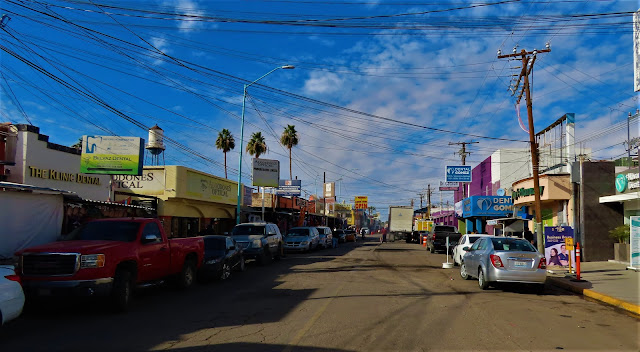 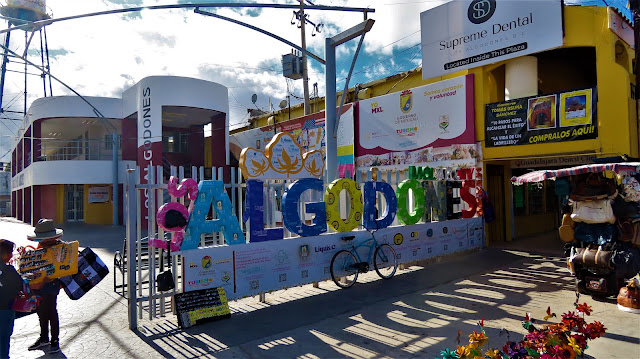 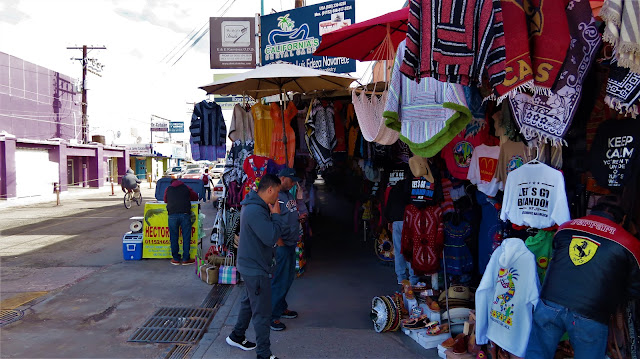 While taking pictures I had a few short conversations with some of the locals. I met this guy who wanted his picture taken.

We then regrouped and decided to head back. We got to the line and luckily it wasn't a huge line. There was vendors trying to sell you stuff even on the way out! I also ran into my friend from earlier who wanted his picture taken and we said our farewells. After making our way through security we got back to the car and headed back to base.

We made one last detour and went down a dirt road along the Colorado river just outside Mexico. We passed by a decent amount of people camping out back there in the tall brush. Towards the end there was a big pet cemetery. 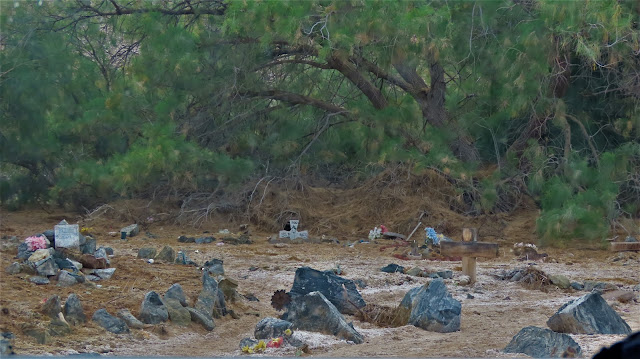 Another short drive back to our spots and I was in the white lion ready to rest for a little bit. Grandpa and Yuma came back about 30 minutes later from hanging out with Shane and Cathy. It sounded like things went good while I was gone but Yuma was worried about me! We hung out for a little bit, then made some burgers for dinner, then it was time to write the blog! Now's time for dessert and off to bed. Thanks for stopping by. 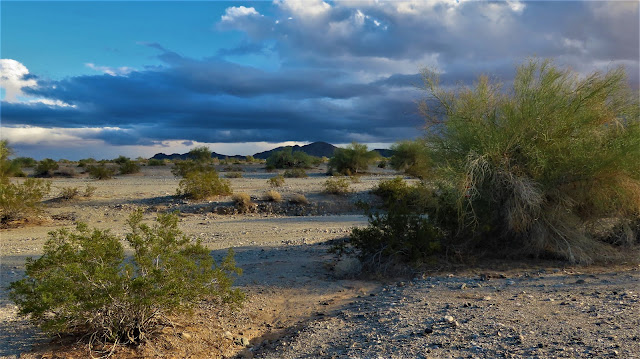