Last night we had a very strong wind with stronger gusts, but weighing 15 tons I wasn't worried.  The White Lion held strong.  About 2 o'clock the wind died down and the fog rolled in.  No rain, but very damp when I stepped out at 9:30  I'm a sun worshiper so, no sun and I sleep in.

As I lay in bed I called over to Kartchner Caverns to make reservations for a tour, but their computer was down and I just never called back today.  Maybe tomorrow.

We had our full courses for breakfast and it was after noon before we stepped out and by then the fog had burned off and it was sunny.  But not a day to be outside laying around.  The northwest breeze and the clouds rolling by, made for an uncomfortable feel.  It only got to 56 today.  It was in the 60s back home 😜

It was around 12:30 when a cowboy on a horse rode by the RV and when I stepped outside their were two of them rounding up all the bulls and heading them toward the ranch.  If you were wondering if this is a real ranch, you have your answer. 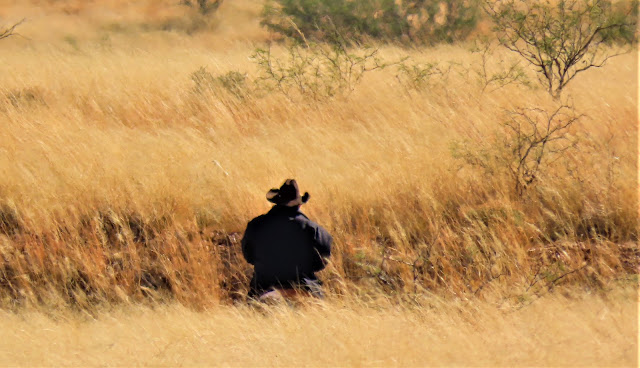 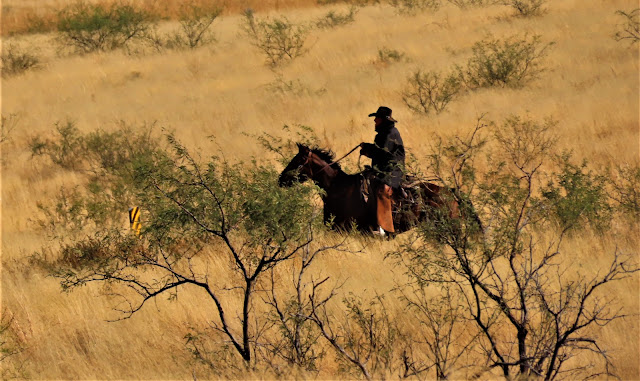 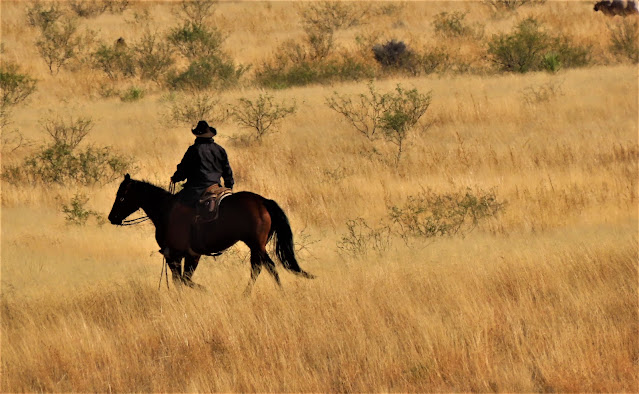 Three hours later three trailers full of cattle went up the road and out of the ranch.  I guess the bulls are gone😪 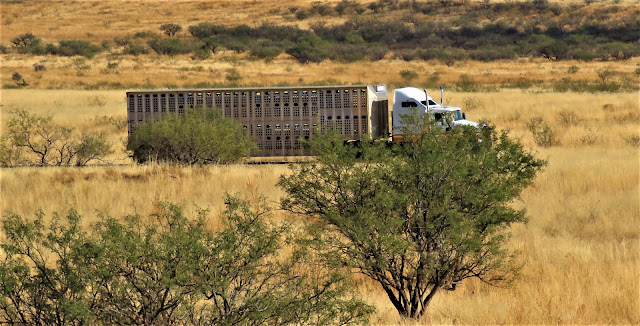 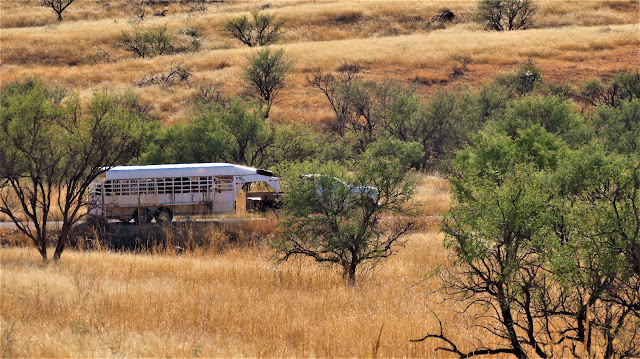 Yuma and I took a little walk and for the rest of the day, we just relaxed.  I did accomplish a couple of fixes around the White Lion and that was good. 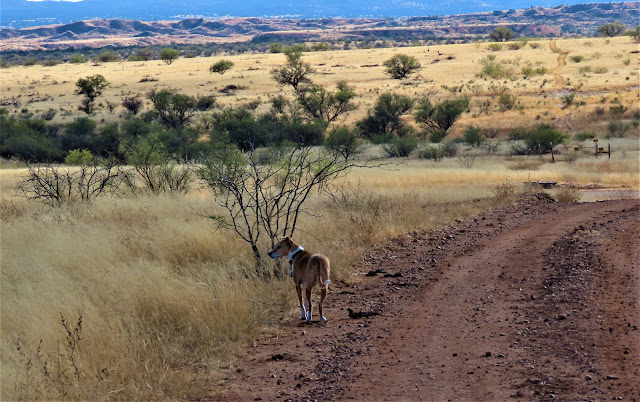 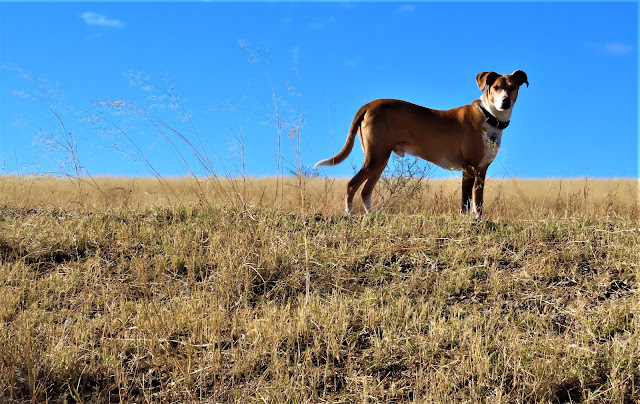 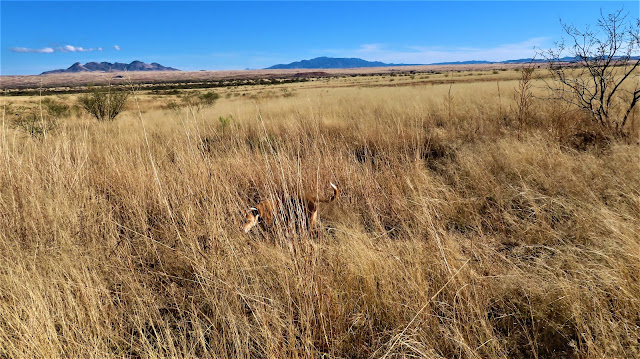 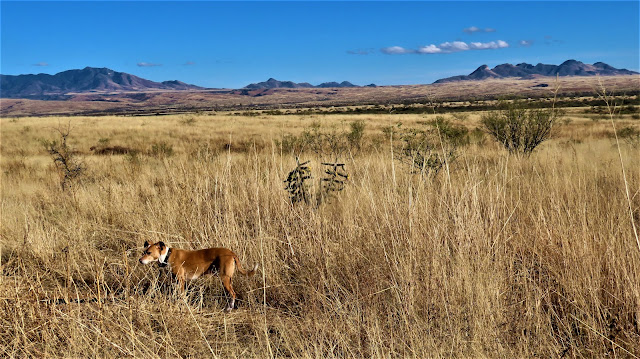 When it's time to return home, Yuma is definitely not the last one their waiting at the door😀 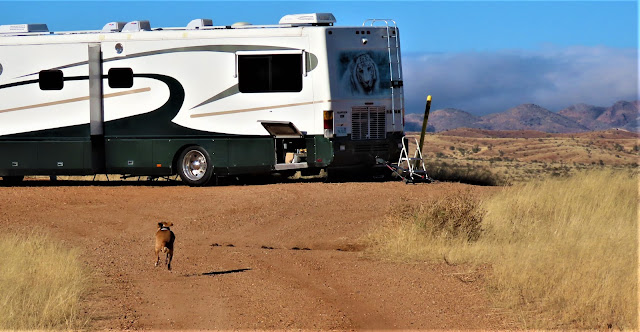 We started dinner at 4:30 and had rib eye, potatoes and Nick fixed the rice.  It's rough being a boondocker😂 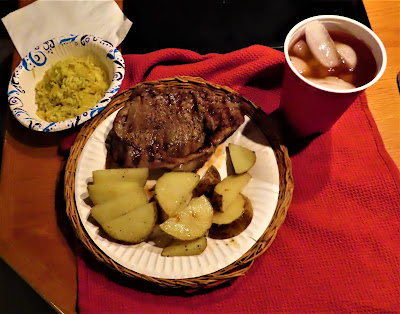 After dessert it was time for the two hour finale of "Survivor" and it was a great finish to a great season.  And the winner is..........

Wonder what tomorrow will bring.  Thanks for stopping by.