Woke this morning at 8 o'clock and when I came out to the living area I was surprised to see Nick up and petting Yuma good morning.  Today is the day for the repair man to come out and sure enough at 9 o'clock I got a message he was on his way.  Great, because if he finishes by 11 o'clock I can get out of here and not pay for another night.

JB, the repair man got here before 10 and went right to work digging through the water panel and getting it removed so he could see the problem.  Sure enough I had a huge crack in the gray side of the "Y" pipe on the outside of the valve, so only leaks when I open the valve.  Thank goodness for that.  At least I am keeping it in.  Just can't empty it without flooding the ground.

JB was done and off with $120 of my money by a little after 11 o'clock.  The office will come up with an estimate to get the job done and give me a call for the go ahead in about two days and then once approved order the "Y" pipe and stuff.  This could be another three days.

After he left, we finished packing and Nick led the way to Nancy's house in the Jeep about 18 miles east of the park to Vail.  She has a beautiful place and with us parked in her drive we have a beautiful view of the surrounding mountains. 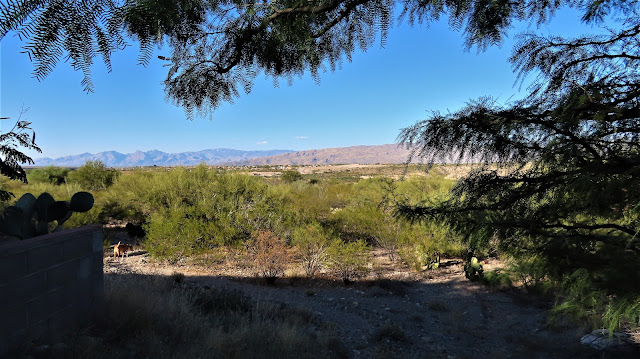 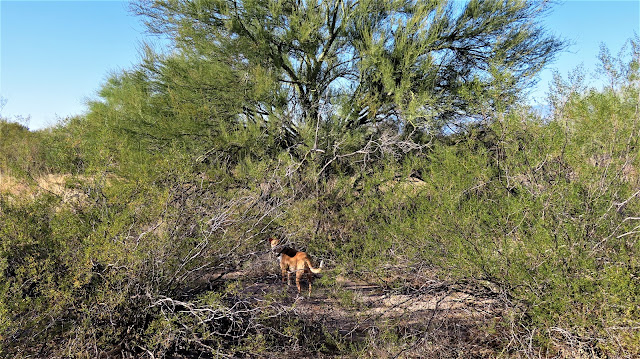 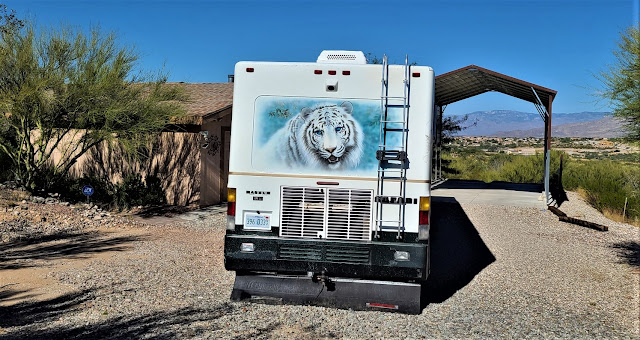 After unpacking, we laid outside and rested for awhile and then had lunch.  After lunch we decided to explore a little of the ravine behind Nancy's house.  It was rough terrain until we hit the railroad tracks.  We then walked the road along the tracks for awhile.  Found a Saguaro close enough to walk to, so Nick got to touch his first one.  Also, Yuma managed to find and chase a rabbit, but the rabbit was too fast for him.😀 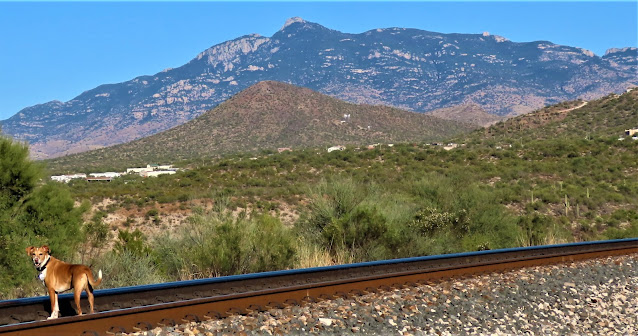 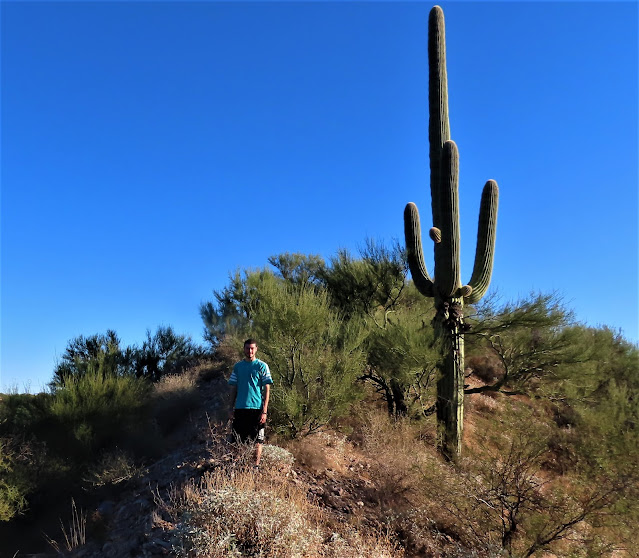 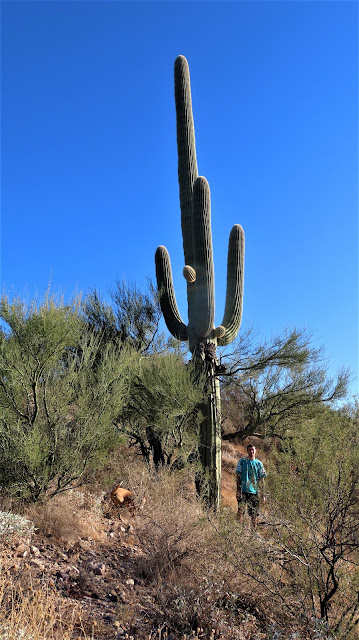 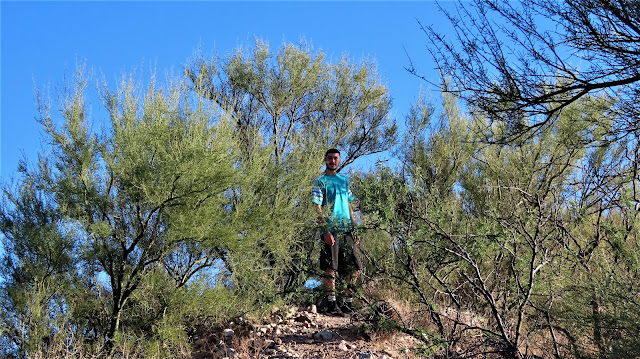 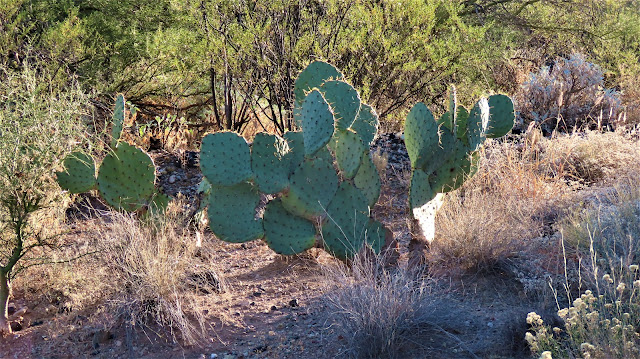 We got back around 4 o'clock and I started working on the Dish for tonight's Gold Rush.  With all my attempts and effort I could not pick up the channels, so at 7 o'clock when the show was over I quit trying for today.  I have an idea that I will try tomorrow.  I can catch up with Gold Rush next week.  I HOPE!

Working on my blog now and may have a little dinner but still pretty full from lunch so may just have dessert. 😃  It is such a beautiful evening with 66 degrees and calm winds we may just lay outside for awhile before bed time and search for shooting stars.  Nick saw one last night. Tomorrow we plan to climb Mt Lemmon in the Jeep.  Goes up 9000 feet so we'll need to take a jacket.