Awake at 7 o'clock this morning, but it took me two hours to get through the Wordles and Phrazle.  That six letter word took me forever.

Stepped outside at 9 o'clock and it was nice and warm with no wind.  Going to be another beautiful day.  By the time I was finishing breakfast at 11 o'clock, Deb and Riley were ready to head up to Queen Canyon.

We finally made it in Deb's Dogsled with no real problems, but there was a lot of bouncing going on.  Finally, we reached the entrance.  We stopped and hiked around the entrance way. 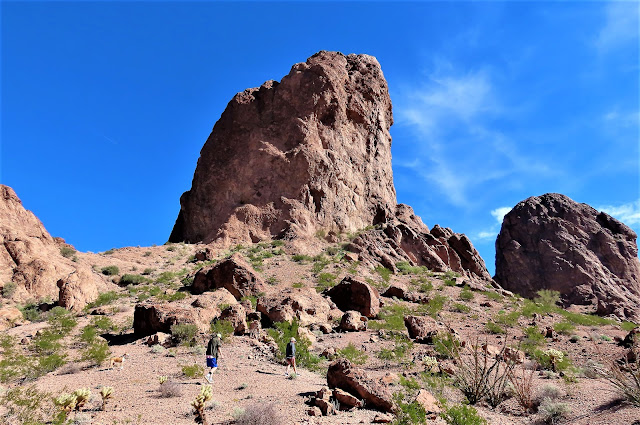 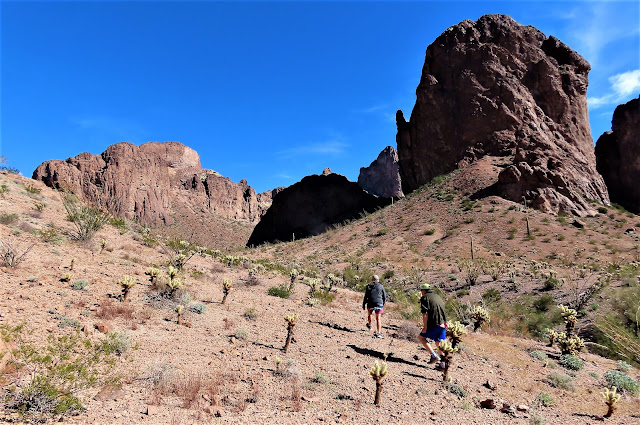 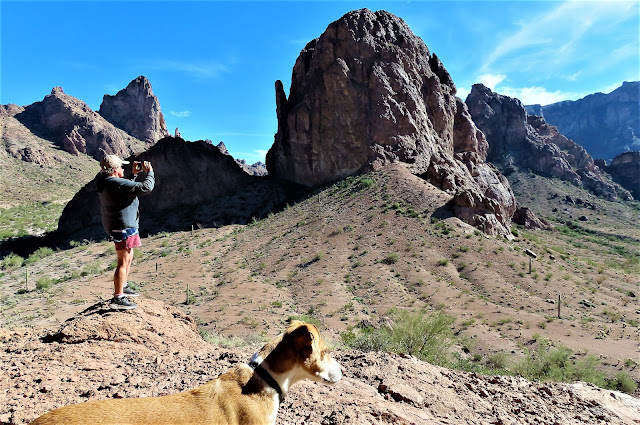 Deb and Yuma made it up to the base of the rock with a little slipping and sliding.  Deb is standing on a rock and there is a big drop off right next to her.  As for me, I had to crawl up on all fours like a spider and I could tell I was out of shape for hill climbing. 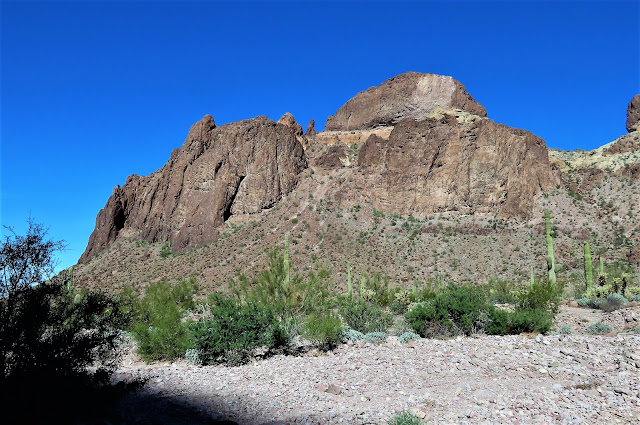 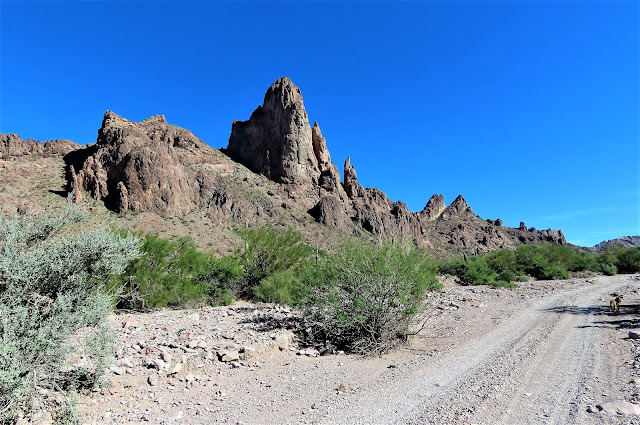 We drove into the canyon for approximately a mile and finally it became too narrow for Deb to drive comfortably, so we called it a day.  I must say this drive beat us to death.  I'm thinking this is my last tour of this canyon.
As we headed towards camp, I finally saw something alive in the distance.  This Raven was sitting on the limb of a dead tree guarding his food.  Looks to be a cactus flower. but just guessing. 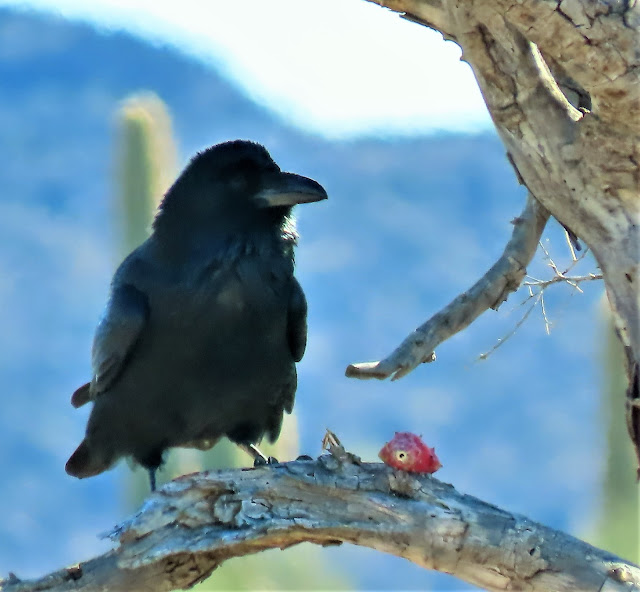 We all felt like we had been through a meat grinder by the time we returned to camp.  After resting for a bit, I started rearranging stuff in the White Lion's bays to make things more efficient in hopes that I will be heading to Yuma next week.
As I was working, a white truck came towards our camp.  I figured it was a Ranger and sure enough it was.  Nice young gentleman, new to the job stepped out of his truck once he knew Yuma wouldn't bite him.
He told us although this is BLM land, it is restricted and we were not allowed to stay here.  There are no signs indicating this and we are next to a fire ring.  We were very nice, and when he asked when were planning to leave, we said on Monday after the holiday, and he said that would be fine.  Dodged a bullet!
Didn't get much over a 1000 steps today.  Just have to make sure I get back on the wagon tomorrow.  Yuma had his dinner with a hotdog and I had two yummy hamburgers for dinner.  Time to get this post on its way and call it a night.  Nearly 9 o'clock.
Thanks for stopping by.
Posted by Doug Laning at 9:54 PM