I was sitting in my pajamas this morning at 8:15 doing a few things on the computer, when I received a text, asking if I could come into work for awhile.  Since it was going to be a cold and dreary morning, I texted back saying I would work from 9 to 1.  Quickly, ate some cereal, got dressed and went to work.

When I got home, went out to take a photo of the grain building with no zoom to give an idea of the zoom affect.  The elevator is in the center of the first photo.  The second is after cropping as much as the software would allow. The third is with the zoom and cropping. 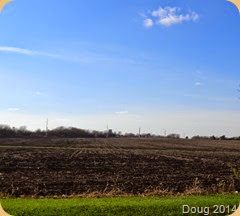 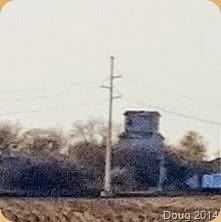 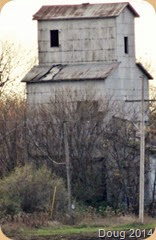 While resting this afternoon, I was going through some photos stored on my Dropbox cloud to see what I might want on my new laptop.  Came across this beautiful photo of Dolly, Kristi and Erin – three generations of our family.  Kinda proud of all three of them. 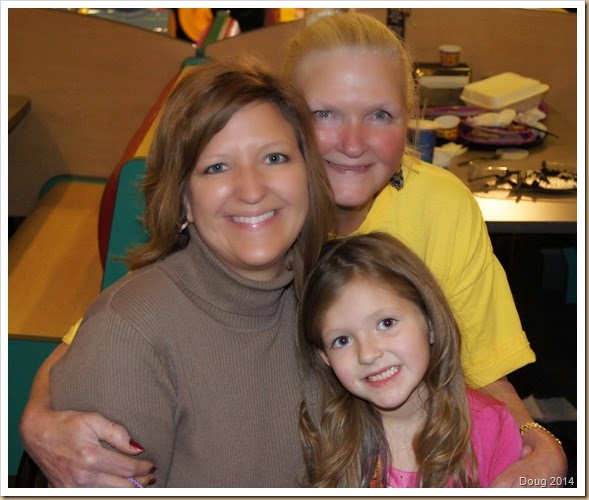 The Laning family does not have any other females.  My Dad had three sons.  My older brother died many years ago, and my other brother has one boy who has no children.  My Dad’s brother had one son who died in an accident when he was 21.

Won at Gin rummy tonight and time to rest.