Warmed up quickly this morning.  Knew I had to do my hiking early today.  At le 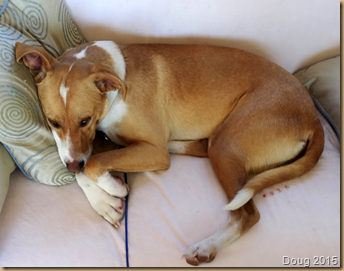 ast before noon anyway.   There is my baby waiting on the couch while I read my mail and do my computer work at the dinner table.  He is so sweet.  I was lucky to get such a perfect dog.

Our poodle, Fergie is going to have to compete for my affection, I believe.  Wonder how it is going to work out, having two demanding dogs.

Yesterday, Kelly mentioned that I could take my trash up to the Hole in the Wall Campground to dispose of, so that was what I did this morning.

There is a trail near the Visitors Center named Rings Loop Trail.  It is about a mile around the rock formation behind the visitor center and then up a narrow ravine to the top and then a short walk back around to the visitor center. 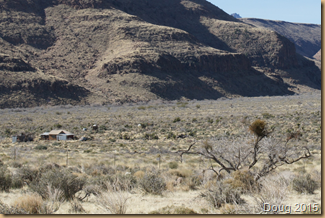 The entrance to the ravine is ahead in the photo to the right below. 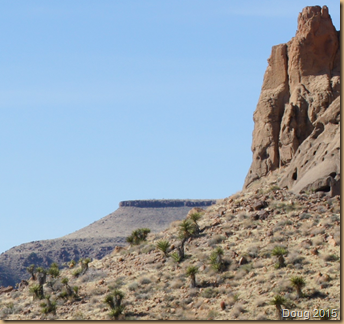 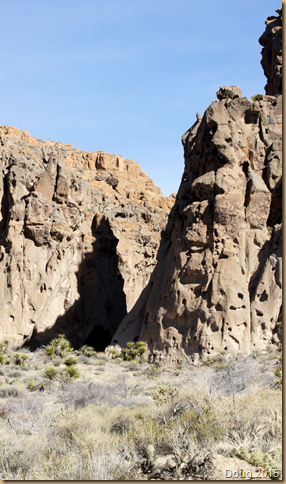 Now we are turning the corner at the entrance and looking up where we are going to try and climb.  I’m not certain if Yuma can hold on to rings or not, but we will see. 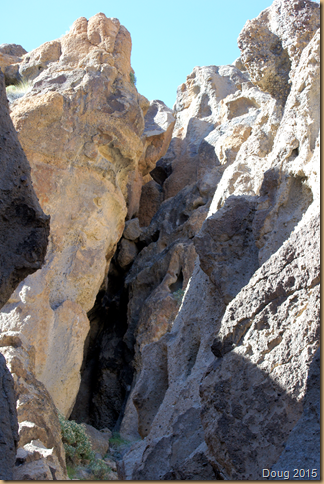 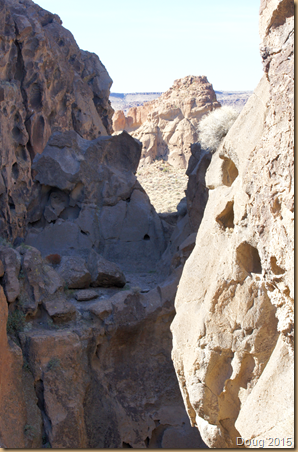 These two photos are looking back out toward the valley as we walked over and around rocks to get through the lower portion. 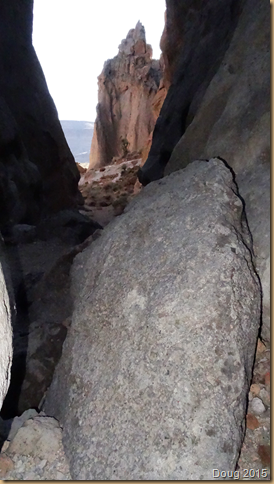 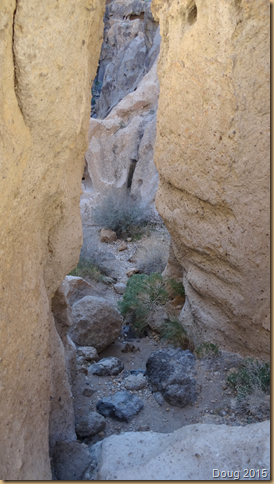 On the left are the first set of rings to help us up the ravine.  They go almost straight up, but Yuma managed to climb the rings to the top.  Some brave dog.

The right photo is the second set of rings.  There are rocks and indentions in the wall so Yuma was able to climb to the top without the aid of the rings. 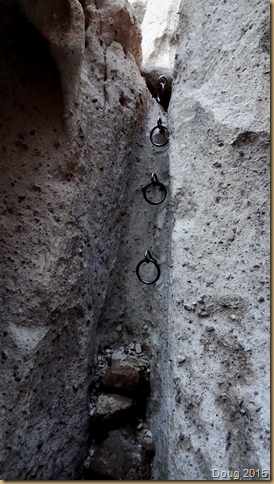 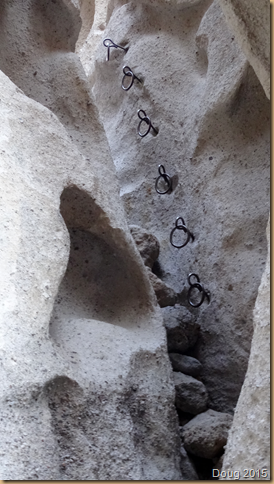 Now it is just a scramble over rocks to the top. 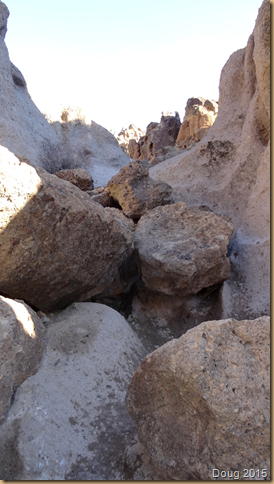 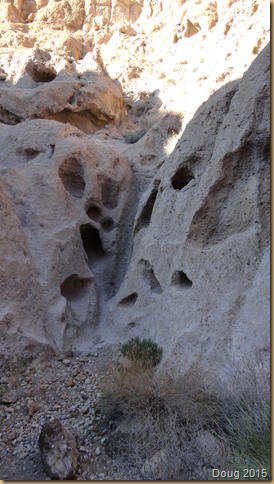 This is what it looks like as we exit the ravine.  The rock formation continues much higher.  It is very porous with lots of holes caused by gases exploding when the rock formation was formed many centuries ago. 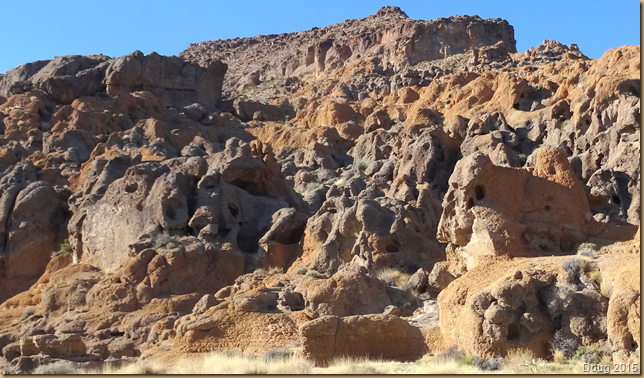 Guess what Yuma and I did for the remainder of this beautiful day when we weren’t being bothered by the critters running around the camp. 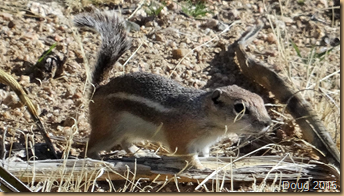 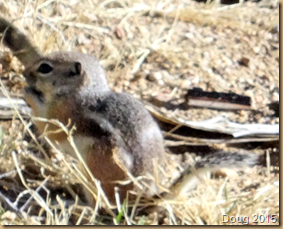