Wandering the Desert in the Jeep 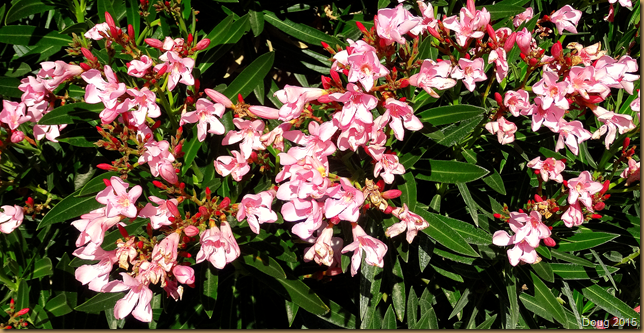 This morning after breakfast, I studied the map to determine where to go today.  Decided I would go to the slot canyon.  It is about 10 miles away.

Had to get gas first, so Yuma and I headed into town at around 10 am.  Of course, Yuma wanted to stop by Christmas Circle again.

That first photo of Yuma is his look when he is not ready to leave.  He lies down and looks at me, saying “Not ready to go yet, Dad.” 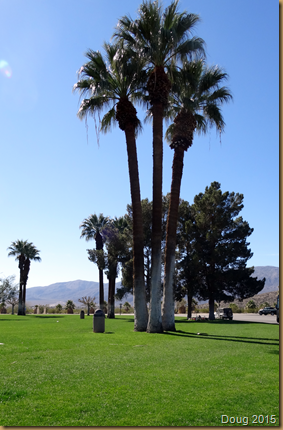 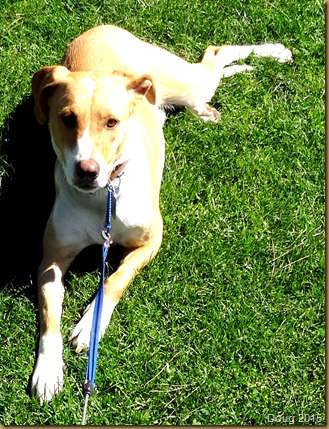 He’s waiting for friends to come along. 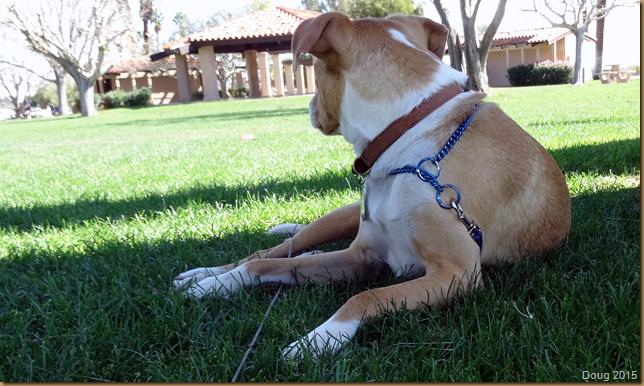 While standing on the grass, I looked at the mountains to the north and they looked different.  They had snow on the tops of them.  Not much, but just enough to make them stand out.

No snow to the west though. 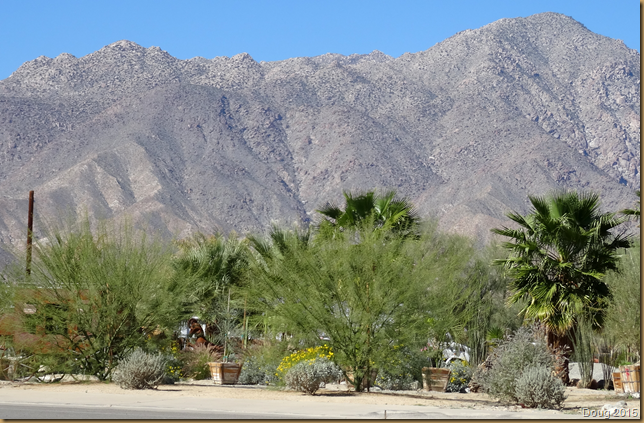 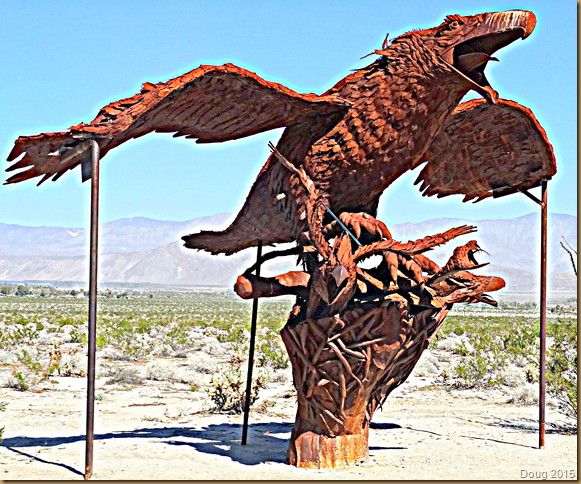 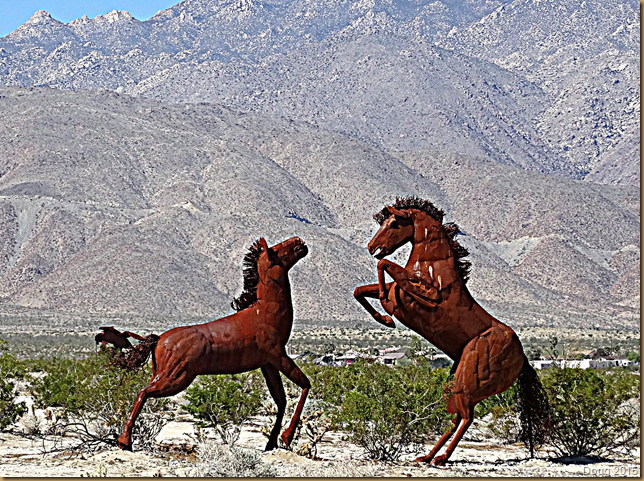 Snow capped mountains in the background. 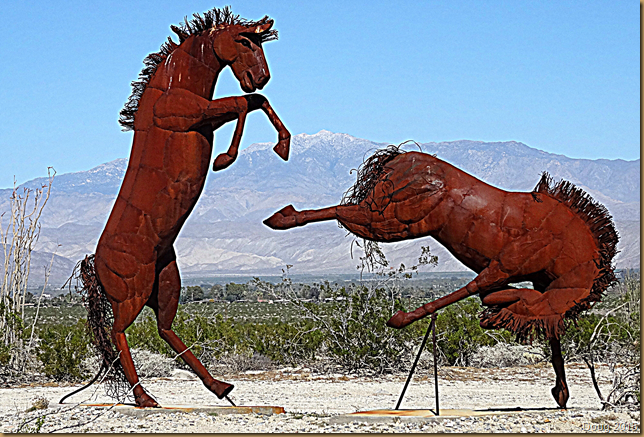 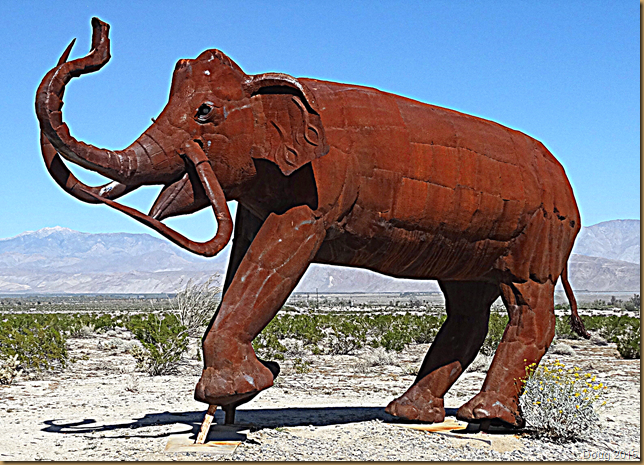 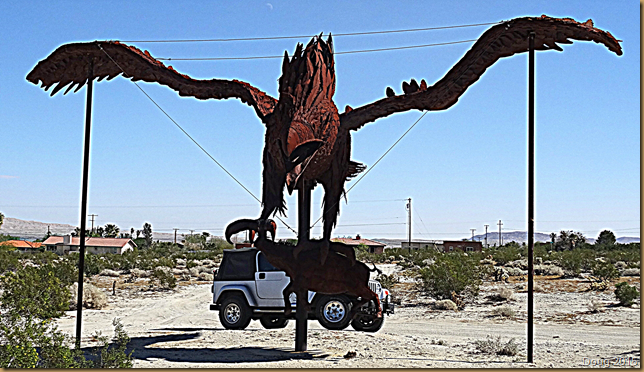 Just before reaching highway 78, we went down and up the Texas Dip. 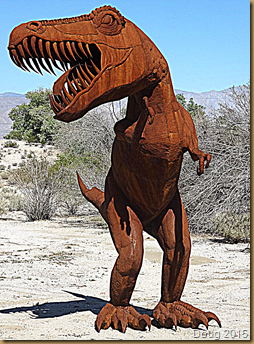 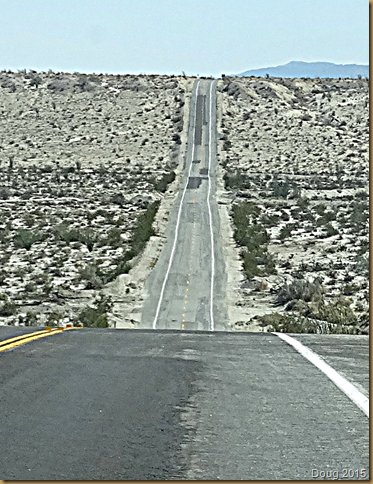 When I arrived at the Slot Canyon, there was a big sign saying no pets allowed in the slot.  No Yuma, no Doug!  That’s the rule.  So we decided to drive a little ways further to Hawk Canyon that allowed pets on a leash.  Glad we did. 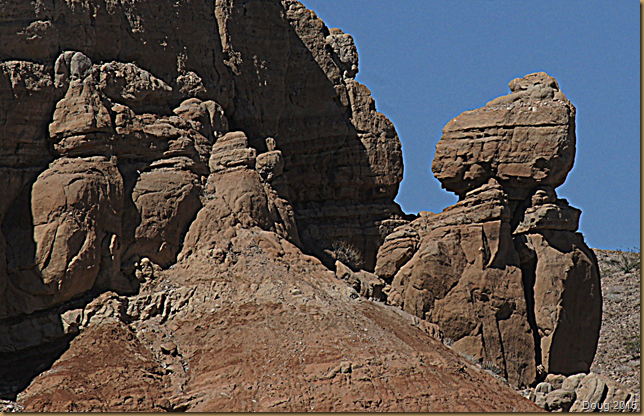 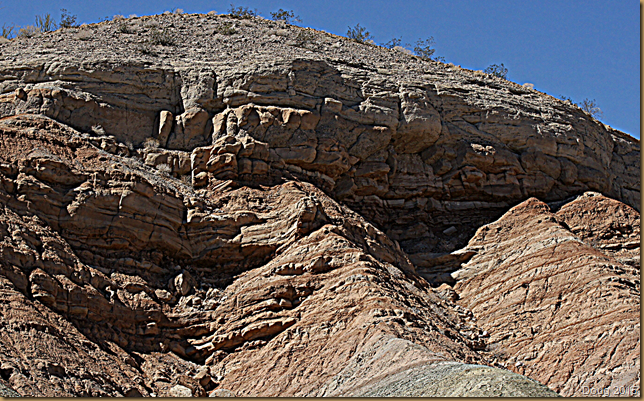 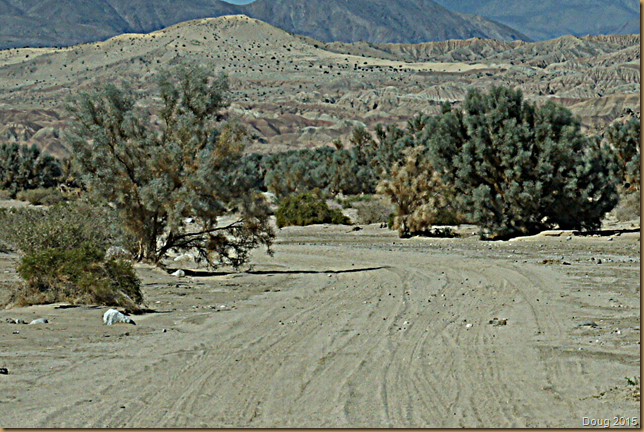 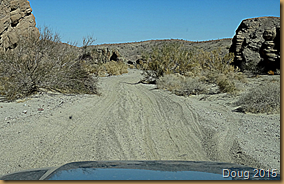 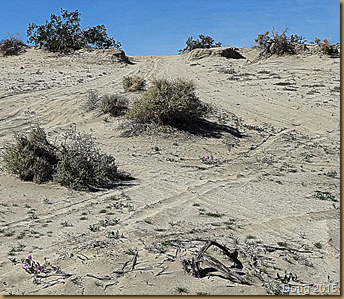 As we were driving along the sandy canyon floor, we saw a movement.  At first I thought it was a Roadrunner, because it was moving so fast.  It ran up onto the rocks and stopped.  It lay flat on the rock surface and I could barely see it, so I shot it with my 300 mm lens.

It looked like a lizard about a foot long and blended in with the rock surface.  When I got home and zoomed the photo in closer, I could see it was indeed a lizard.  Looked it up on the Internet and it is a male San Diego Common Chuckwalla. 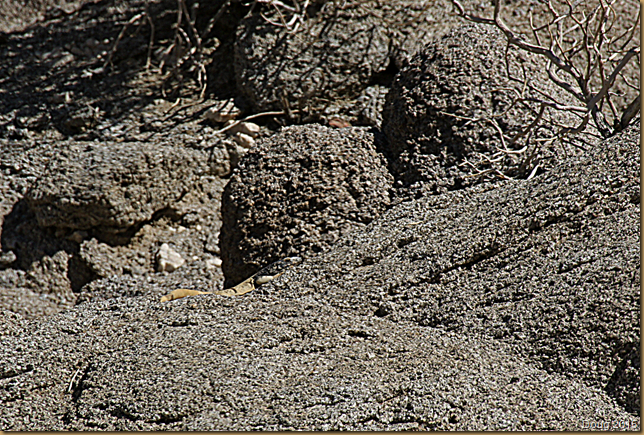 As usual, I managed to get lost in the maze of sand roads going through the washes.   I could tell where I was from the familiar mountains off in the distance, but could not find a blacktop.

After about an hour of traveling through the San Felipe Wash and then through the Borrego Sink, I came upon three people on two ATVs.  Asked them how in the heck do I get out of these washes.  They were nice enough to show me the way.

I was within a mile of the blacktop, but probably would have wandered around on my own for another hour before stumbling on to it if it had not been for their help.

When I get into these situations, I always start worrying about getting stuck in the sand.   Yuma could tell I was worried, because I talk to myself quite loudly.  He wanted to climb into the front seat with me.

We were back at camp by 2:30 and had lunch and just laid in the sun for the remainder of the afternoon.  Worries are gone for another day.