Luckily, today was uneventful.  Left the Walmart in Albuquerque, New Mexico early around 6:30 am.  Figured we would stop down the road and have breakfast.  Drove about an hour to get out of the early morning traffic and we stopped at a Park and Drive place east of Albuquerque and had breakfast and coffee.

It was overcast, but the sun was peeking through, but that did not last long.  For the remainder of the day there were low clouds and mist that at times turned to rain.  It was not a fun day to drive 475 miles.  We arrived at the Weatherford, Oklahoma Walmart around 7 pm CDT. 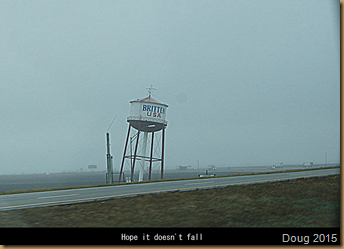 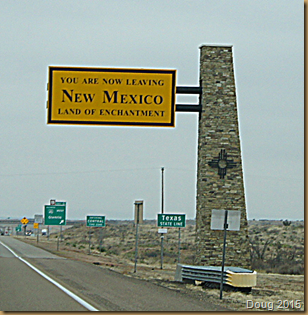 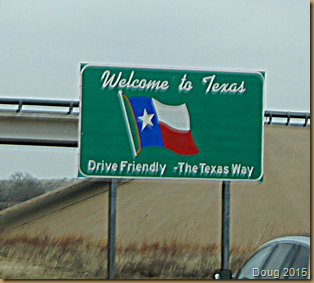 I did get a glimpse of the line of Cadillacs buried face down in the ground just outside Amarillo, Texas, but with the rain, I didn’t stop.  I also didn’t get a photo, because I just caught a glimpse of them as I drove past.

My home for the night at Walmart in Weatherford, Oklahoma.

That was my day.