The Picacho State Park was at one time a prosperous mining town, but no longer exists.   The drive to this park is 18 miles of tortuous washboard, dusty, rocky road.  This is a road trip only the hardy will make. 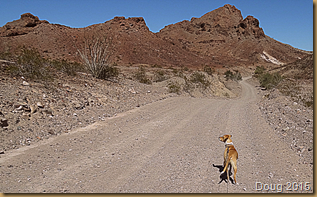 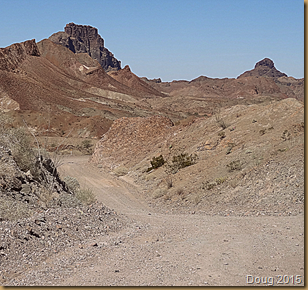 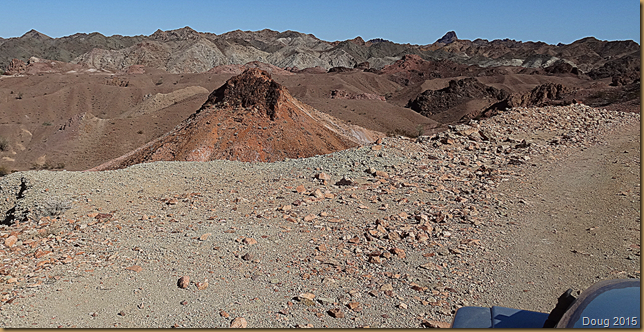 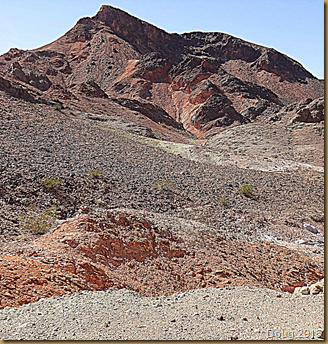 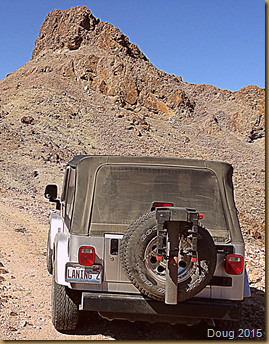 The eighteen miles of bad road passed through some of the most desolate land I have ever seen.  Rocks everywhere.  Mountains of rocks.  Very little grows here and what does is some sort of cactus.  I felt like I was driving on Mars, it was so rugged. 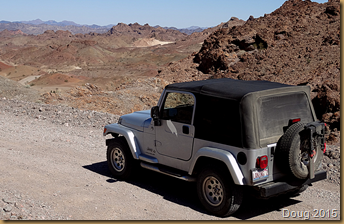 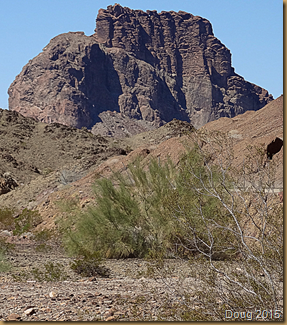 As we neared the park, we found a plaque describing how this area came into existence. 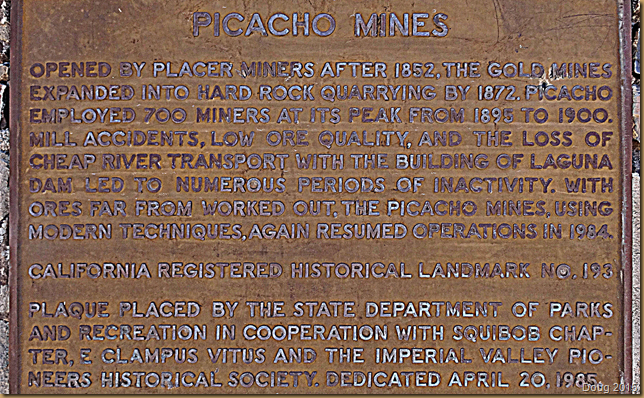 Stopped by the ranger’s office for a map of the hiking trails and of course Yuma meets a new friend. 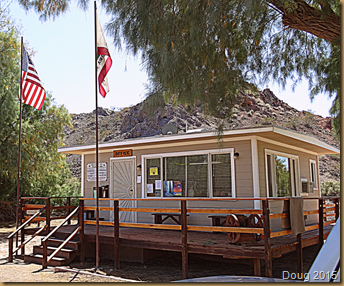 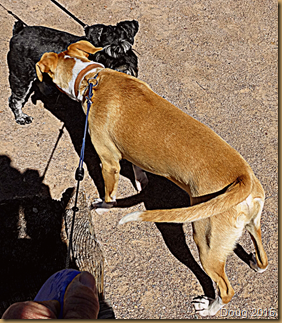 The Colorado River runs along the north end of the park. 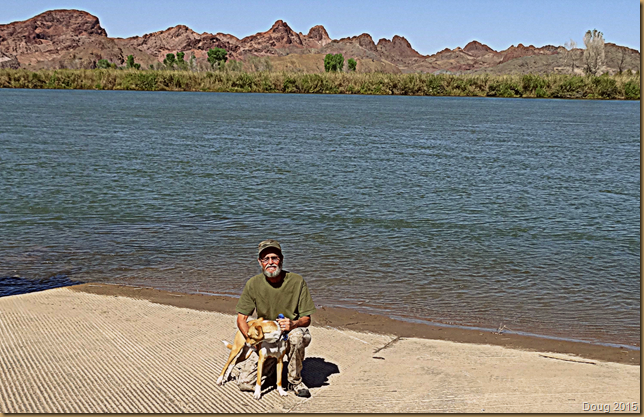 Yuma loved the river.  He ran around in it and drank from it.  Had to pull him back or I think he would have gone swimming in it. 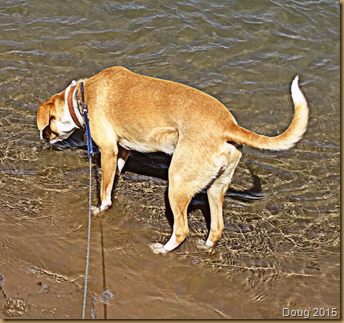 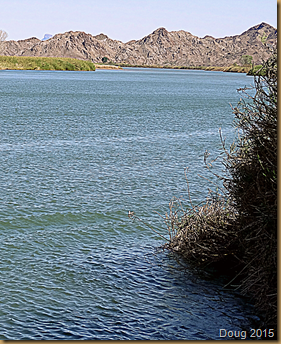 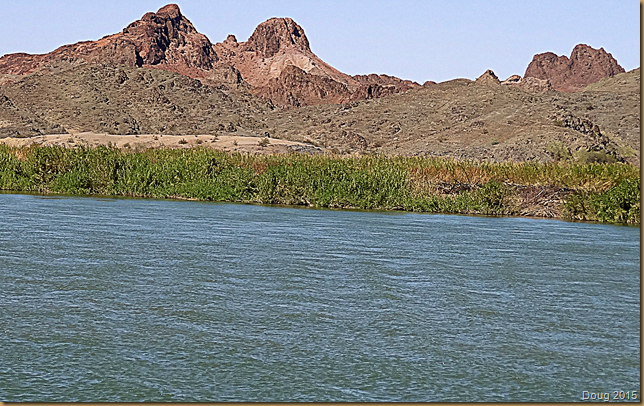 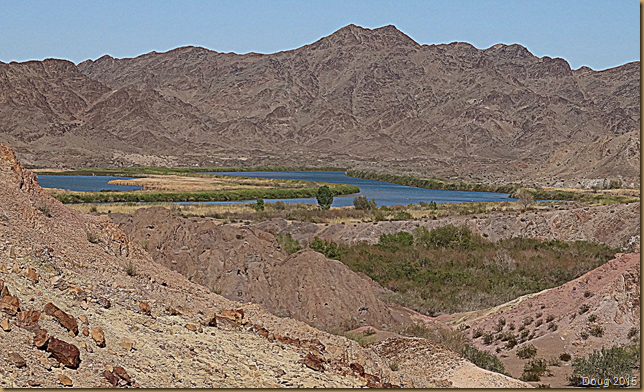 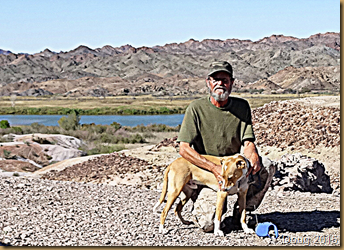 There is a cemetery. 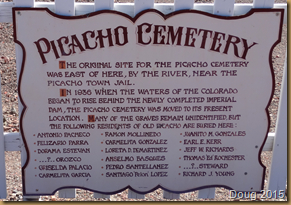 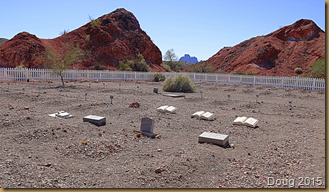 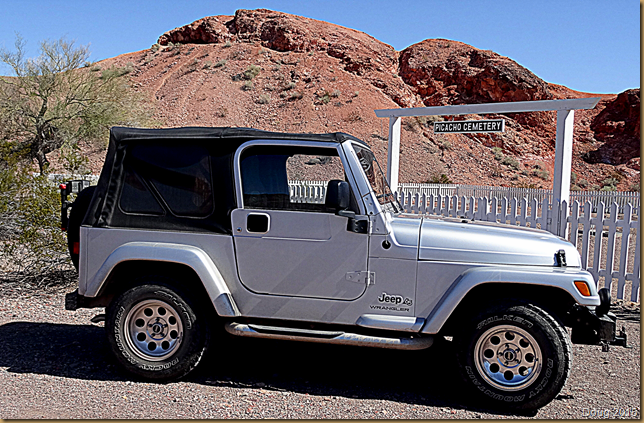 As we walked along the river, nothing was left of the old mining town except the jail.  It was carved into the side of a hill and had bars at the entrance.  Not much of a jail, but I’m sure it was difficult to escape from.  Parts of the old mining operation was still evident down by the river too. 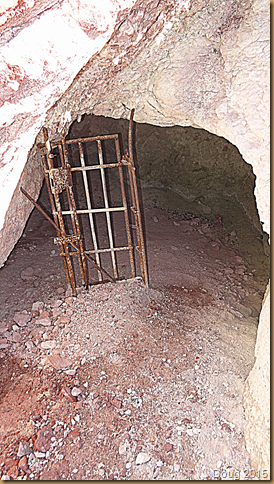 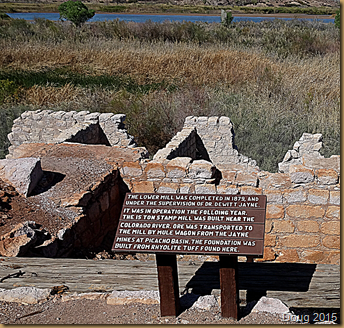 Although, at the end of the day, both Yuma and I are worn out from the drive there and back, we are glad we did it.  There are magnificent views of the rugged country and the Colorado River.