Not an exciting day today.  We decide to stay close to our camp here at Mittry Lake and shoot photos of the area.

Took Yuma for a walk this morning just as the sun was rising. 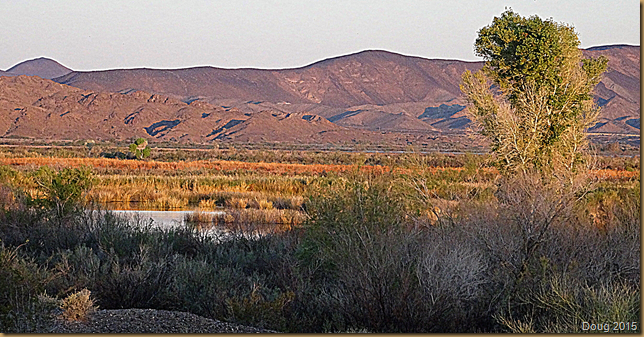 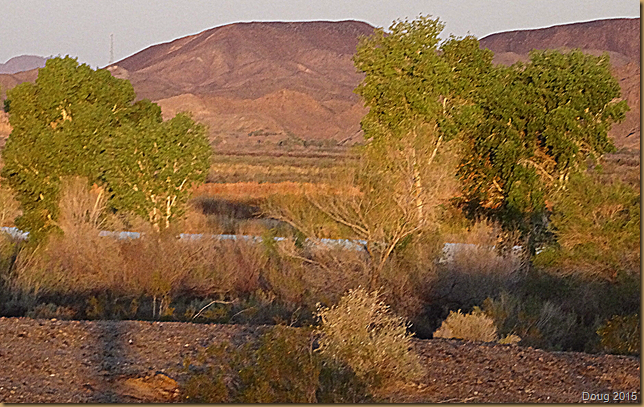 It was around 11 am and we took another walk.  This time we walked along the road that goes around the south and east side of the lake.

There is a canal running along the road where I am camped.  Yuma is very curious about the canal and keeps wanting to go down the embankment which is fairly steep and goes directly into the canal.  No place to stand at the bottom and as you can see, the water is running quickly in the canal due to all the rain they had here the other day. 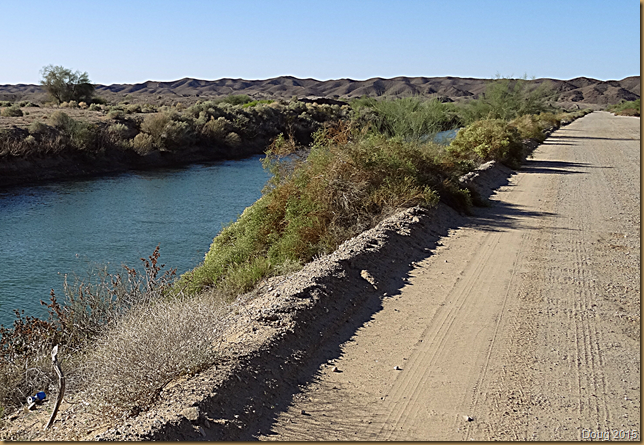 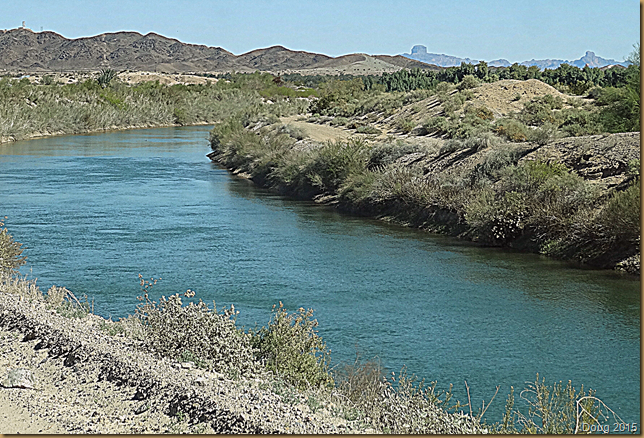 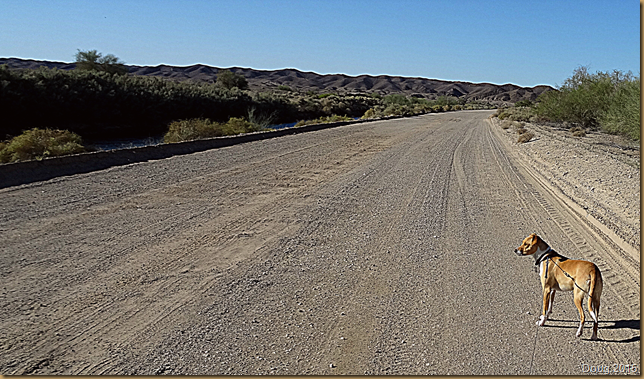 Because we are so close to the north end of the lake, I decided we would drive north on the dirt road to hwy S24 near the Imperial Dam.

As you can see, spring has come to Mittry Lake.  Everything is growing and there are leaves on the trees.  The wind has picked up and is coming out of the north.

Below are photos of the canal that runs along S24. 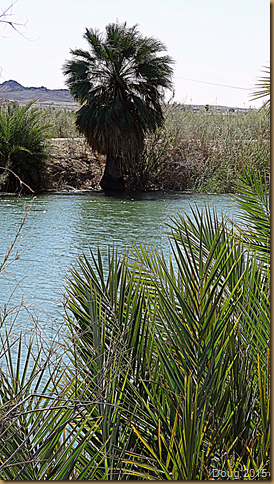 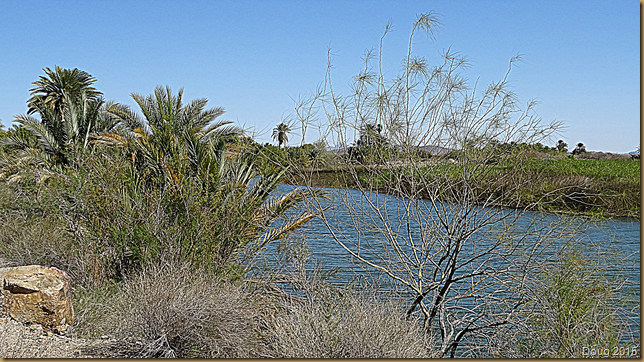 Yuma wants to jump in I think.  Mittry Lake is on the other side of those green reeds.  We are camped not far from those mountains in the background. 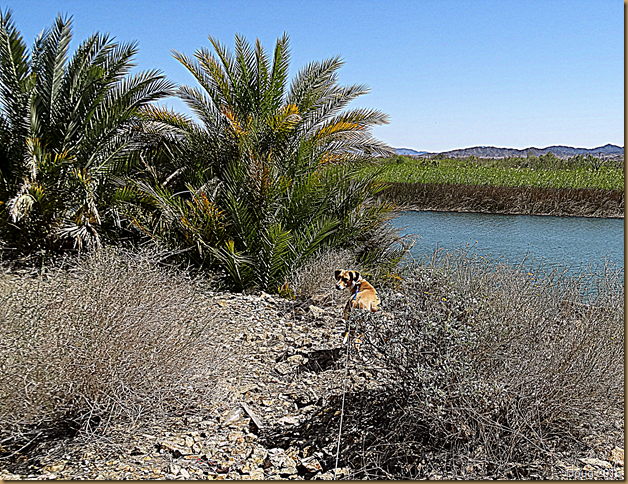 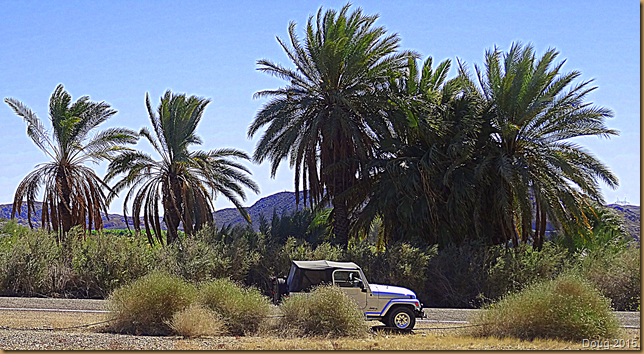 One more walk as the sun sets around our camp. 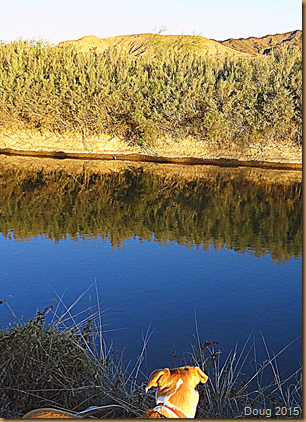 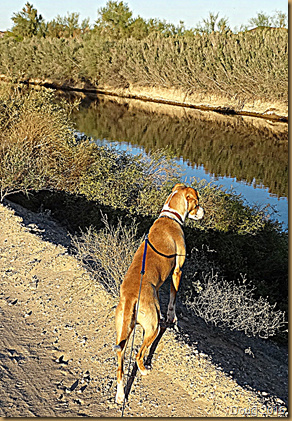 Looks to be a full moon tonight. 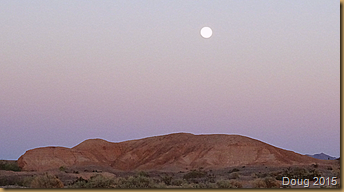 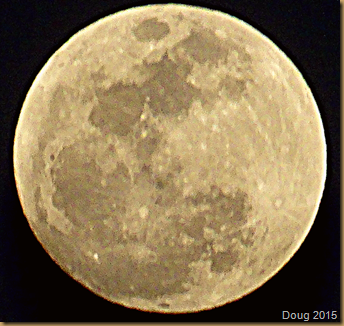