Short Drive on Apache Trail and a Good Deed

Today, Yuma and I didn’t do much.  Took a couple of walks and rested outside in the beautiful sunshine.  Later in the day, we took a drive over the Roosevelt Bridge and turned right at hwy 88 (The Apache Trail).  After one mile, the asphalt ends and it is a dirt road running along the Salt River for 23 miles and then becomes asphalt for the rest of the way to Apache Junction, Arizona. 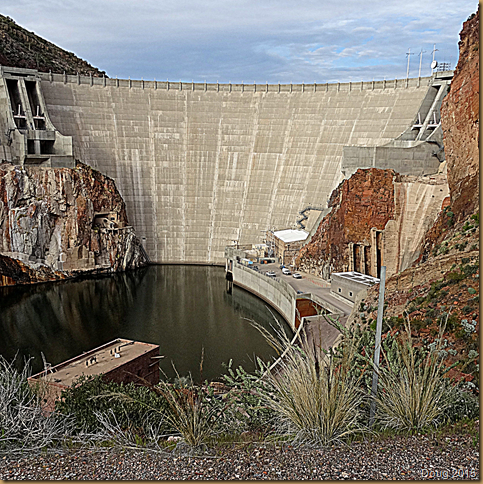 I have heard it is a beautiful scenic drive but I wasn’t up to a dusty, washboard road today, so we only drove a few miles.  About two miles down the road there is a boat launch area on the right.  We drove down and watched the river for a bit and then drove back up to the Apache Trail. 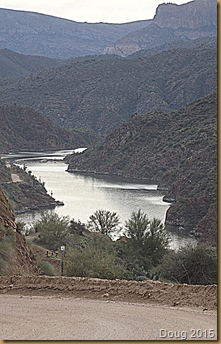 One thing of interest did happen though.  Across the road from the entrance to the boat launch area, there was a jeep trail going up into a wash.  I decided to take a look.

We didn’t drive very far before it became fairly rough, so we parked the jeep and Yuma and I walked along the wash as it went into the mountains.  About a half mile in, we ran onto a nice looking pickup truck right in the middle of the wash.  Looked like whomever drove it there had driven it as far as it would go until it got stuck in the wash.

Unfortunately, the nice pickup had been set on fire and someone had thrown a large boulder right on top of the engine.  This was not the 4X4 type of pickup that might try going up the wash, but a nice pickup that was strictly for the street.  Had nice rims and sat low to the ground.  Had fiberglass replacement parts and chrome pieces in the engine bay.  To me, it looked like it had been someone’s pride and joy.  Now it was just a burned out hulk. 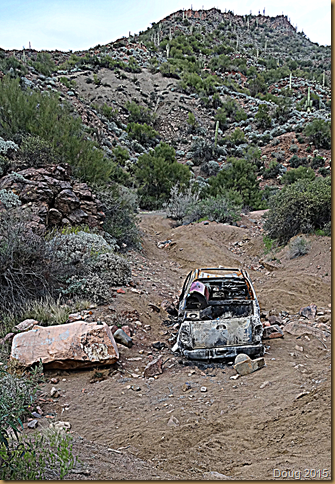 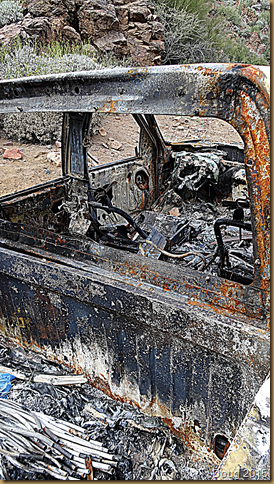 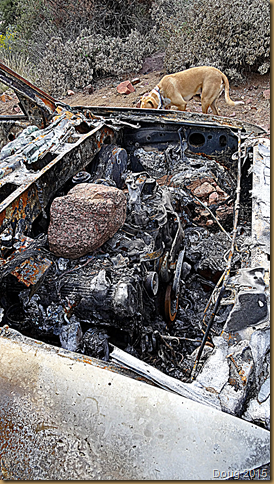 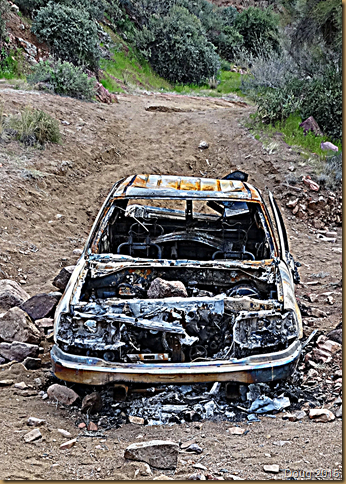 We walked back to the jeep and on the way back to camp, I stopped at the Sheriff’s sub station located near the Roosevelt Lake visitor center where I had purchased my camping passes earlier in the week.

The deputy took my report and said he would have an officer drive out there and investigate.  My good deed for the day.