This morning, I decided to head towards Yuma, Arizona.  Our time in California is over for this year.

Because we’re only driving about 100 miles today, we didn’t rush to leave.  I waited until around 11 am when the mud and sand around our motorhome had dried up and I could leave without sinking into the mire.  We had no problem at all.

Drove down hwy 111 stopping at the rest stop that has the free dump and water.  Got that done and continued on down hwy 111 bypassing Brawley and connected with to I-8. 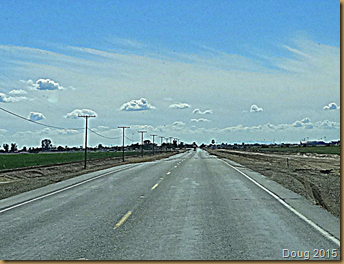 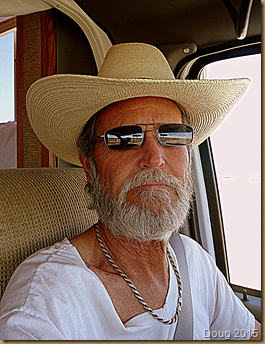 It wasn’t long before I was looking at the southern end of the Imperial Sand Dunes as we approached the western part of Yuma. 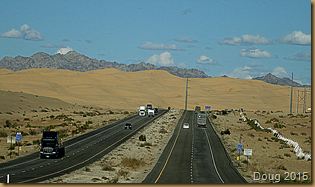 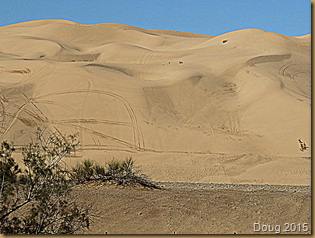 Passed by the small church on the hill overlooking I-8 as we neared Winterhaven, California. 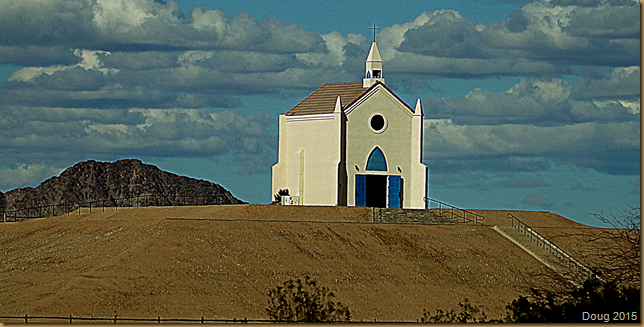 Before we know it we are in Arizona and gas is instantly $1 cheaper and it is one hour later.

Stopped at the Flying J on Fortuna Road and filled the motorhome and the propane tank.  I was almost on fumes with the propane.  The last time I filled the tank was mid-January when I left Yuma last time.

Then we headed to Mittry Lake.  Always loved this mountain.  Don’t know the name of it, but it is beautiful.  Reminds me of the potato mountain in “Encounters of the Third Kind”. 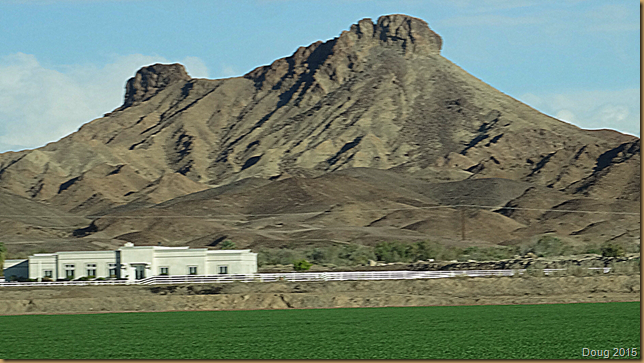 The lake was crowded and there were lots of puddles from the rain they recently had.  Over half way around the lake I finally found a pullout that had a fire pit and I claimed it as our new camp.  No one near by so we are secluded.  This is looking east away from the lake.

This is my view of the lake looking west. 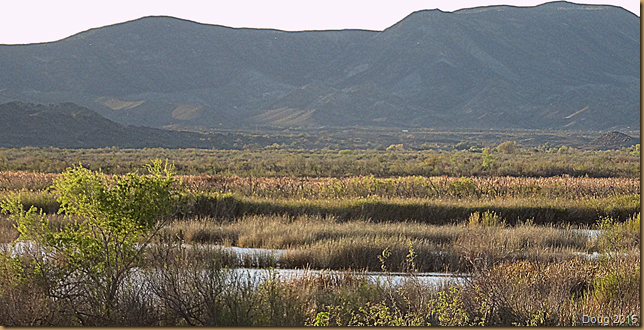 Our day Is over and time for rest.