However, at about the same time, the Salado people were building cliff dwellings in the Tonto Basin of Arizona.  Today, I went to see the lower cliff dwelling at the Tonto National Monument. 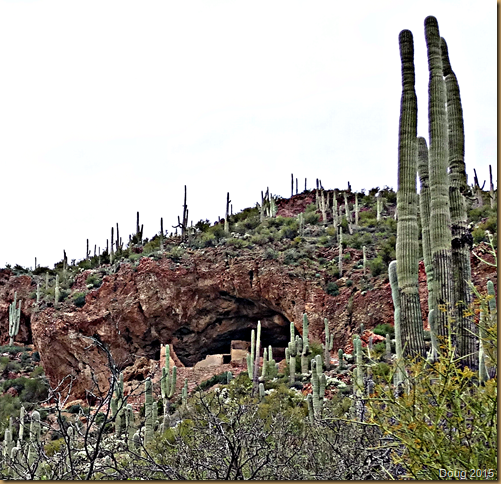 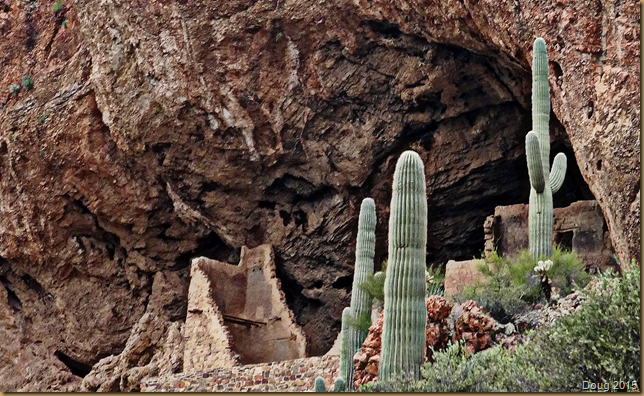 The ruins overlook the Roosevelt Lake in the Tonto basin to the east. 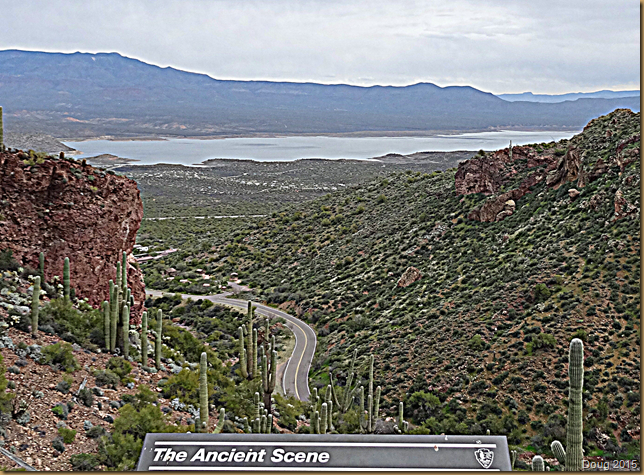 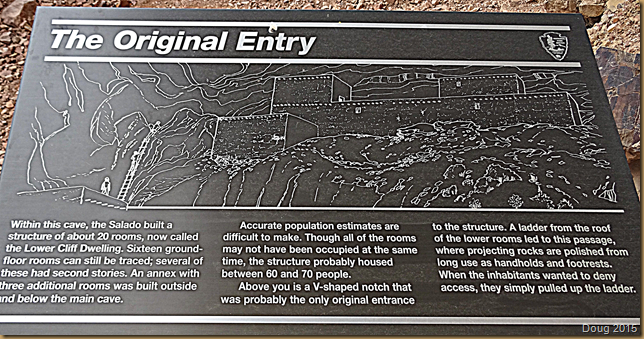 Here are photos of what I saw walking around. 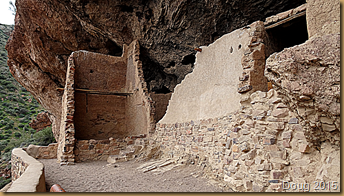 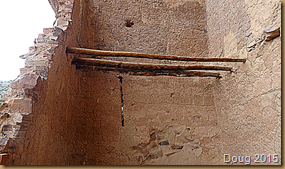 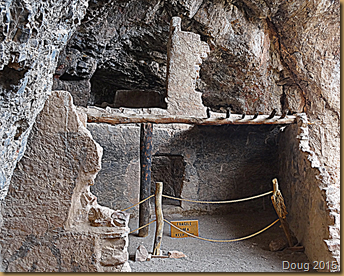 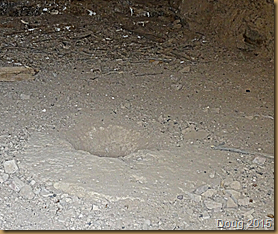 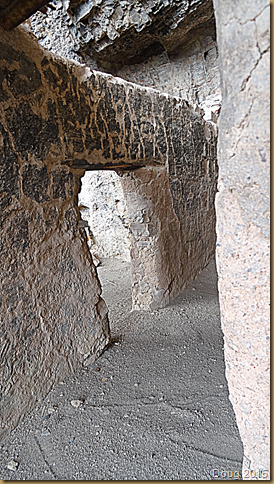 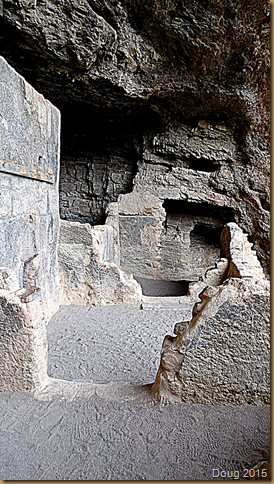 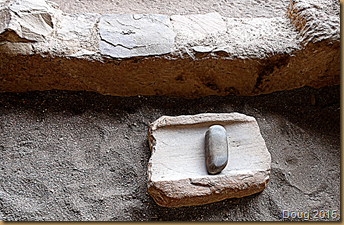 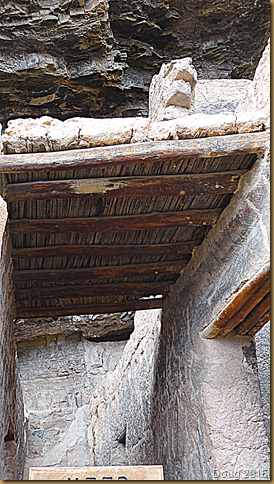 While walking down from the cliff dwellings, Yuma managed to meet a new friend.

Couldn’t resist these beautiful yellow flowers for all you flower lovers out there. 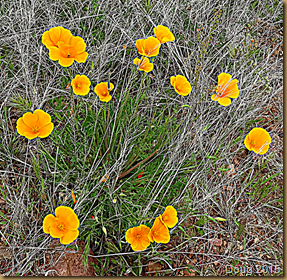 While in the ruins, the ranger mentioned this weekend is Heritage Days 2015.  The upper cliff dwellings that are only accessible by guided tour will be open to the public this weekend without reservations.   Also, there will be Indian native dancing and the new museum at the visitor center will open this weekend.

Unfortunately, they do not allow pets, so Yuma will be staying in the motorhome while I make this visit.  Will see how he behaves while I am gone for a couple of hours.

After lunch, Yuma and I took another walk on a jeep road into the mountains to see what we could find.  We did manage to find the biggest Gila Monster so far.  This guy was at least 18 inches, so he was nearly full grown.   He had a huge head and a mean disposition. 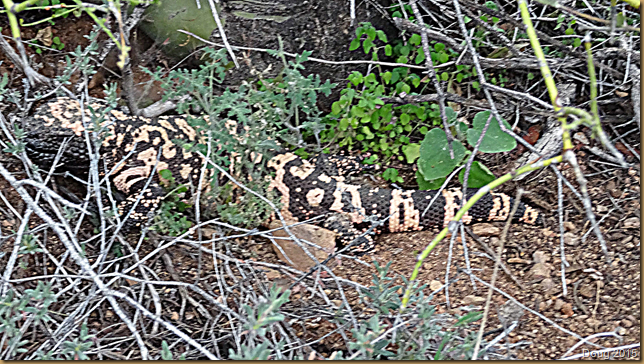