My back was sore from all the jeep bumping yesterday, so we decided to rest for most of the day. 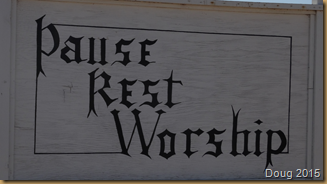 At around 3 pm, Yuma and I headed out to see if we could find a little white church someone had told me about.

Supposed to be on hwy 95 just east of Fortuna Road by about 3 miles.  Not far, and we almost missed it, but I saw this sign and looked out into the field beyond it, and there it was, just standing by itself. 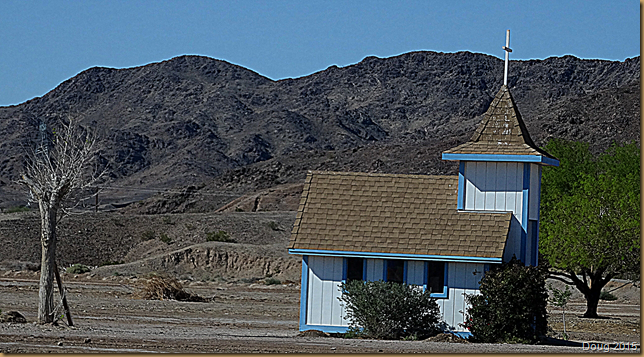 Very pretty little,little church.  Just to give you an idea, how small it is, here I am standing in front of it. 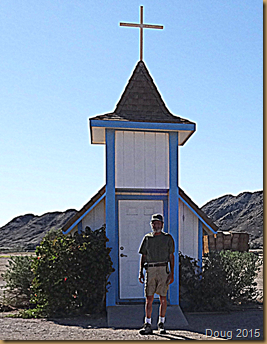 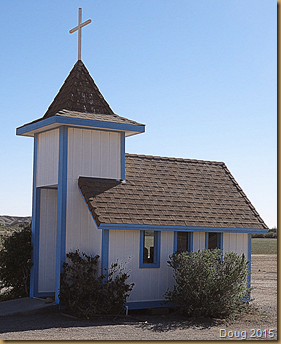 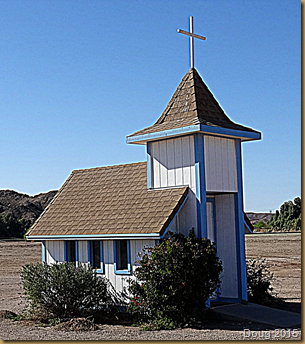 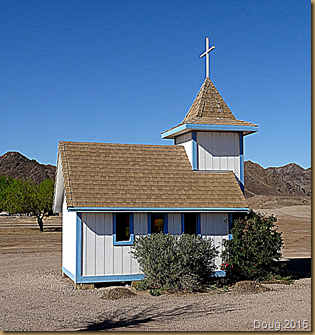 I opened the door and the pulpit was right there, with three sets of pews to either side and one stained glass window on each side. 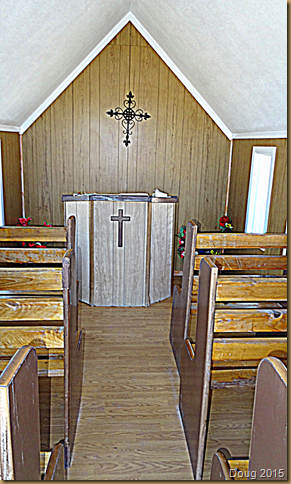 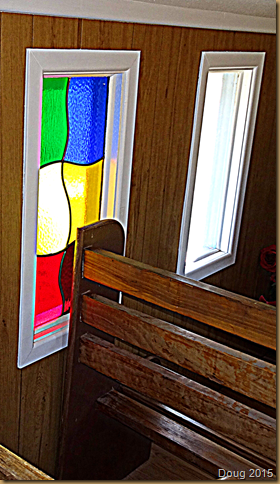 Not very big, but if you just wanted a small amount of privacy for a quick prayer, this is the place.

I had also read there is a great view of Yuma from Telegraph Pass in the Gila Mountains on the east side as you come into the Gila Valley.  I didn’t write down the directions thinking there would be few roads leading into the mountains.

Should have written them down.  Yuma and I managed to get into some very rough and bad trails that scared both of us.  From a distance, it didn’t look bad. 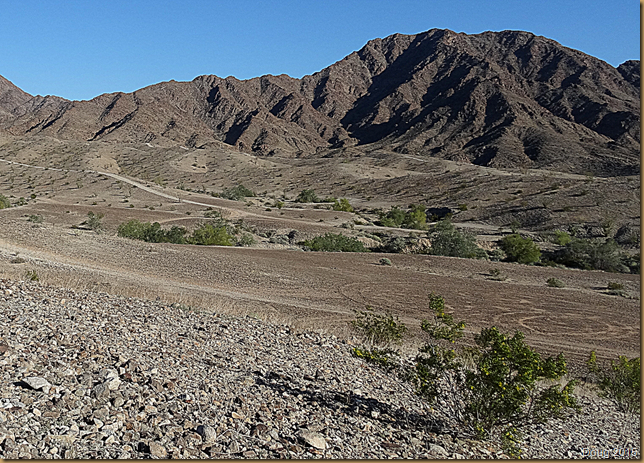 But once I started up one of the trails, I quickly found that I was not going to be able to turn around.  The  trails ran along the tops of crevices and there was nothing but straight down on either side.

And the ups and downs were frightening because I could not see the trail as I crested the hills and wasn’t sure if it would go straight or turn at the top.  If I could, I would stop and get out and look over the top to see how it went, but other times it was so steep there was not stopping. 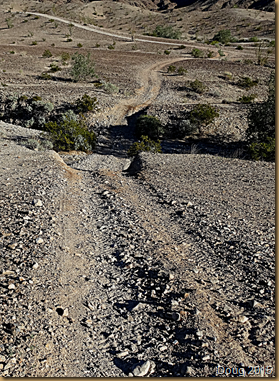 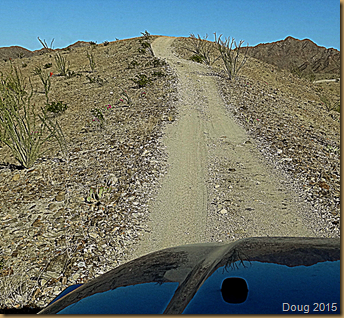 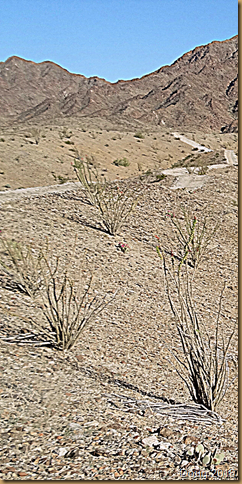 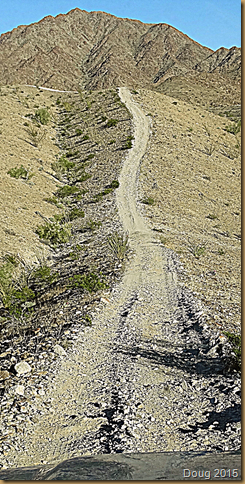 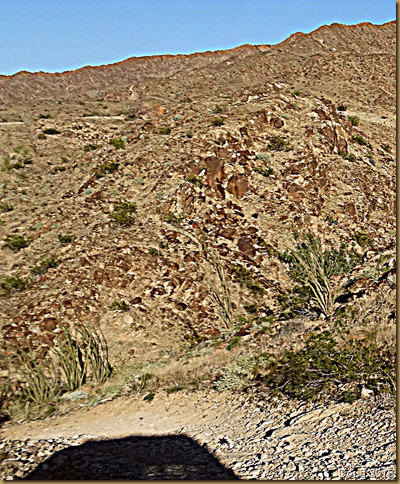 I finally got to the top of a hill and saw an ATV coming down the other side.  This was the steepest hill I have ever seen and luckily, the trail went either down towards him or I could go right and head back down a different trail out of there.

I waited till he got to me and asked if my jeep could make it if I went to the right.  He looked at my tires and said “with those street tires you wouldn’t make it up the steep incline I just came through.  Your only choice is to go right and you should have no problems getting out”.  Boy, was I glad to hear that. 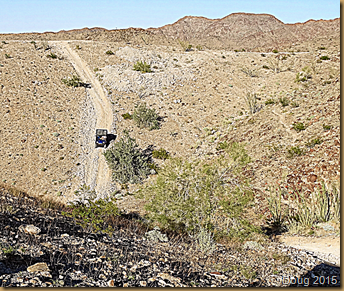 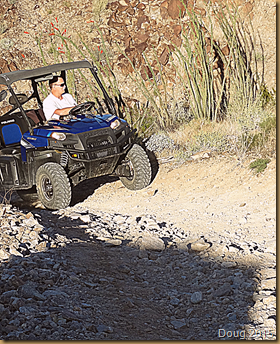 I don’t know how I so quickly get into these predicaments but I hope this is the last one for this trip.   When we hit the pavement , I said a little prayer and we quickly headed towards camp, thankful nothing serious happened.