Yuma and I decided to take the jeep down as close to the lake as we could near our camp and then walk down toward the lake to see if we could find a path to the lake.

We headed toward a large group of trees.  From my Internet research later, I believe these to be an old stand of giant cedar trees.  The stand is accessible from the road and has a fire ring.  This place would make the perfect camp. 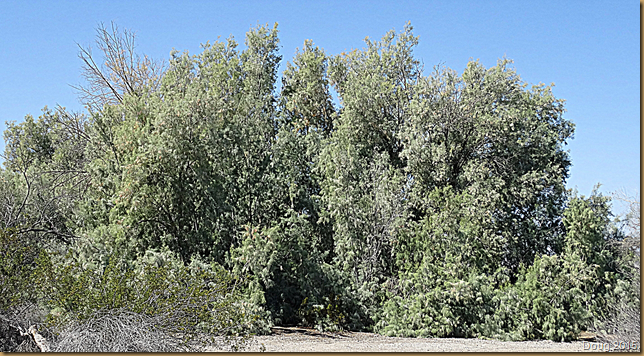 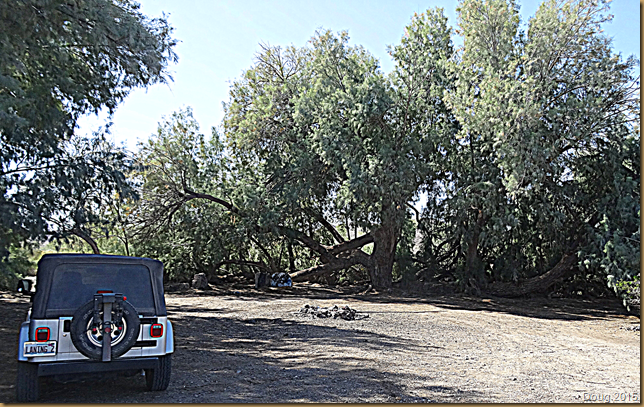 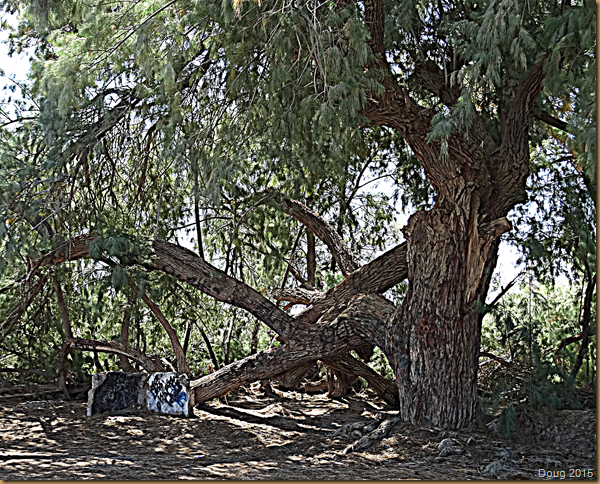 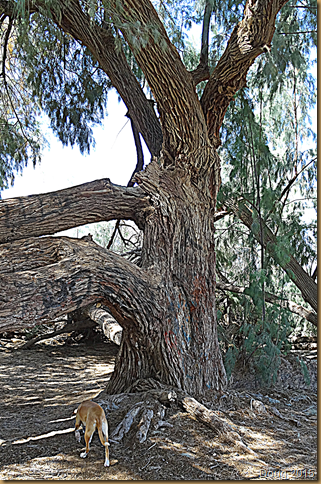 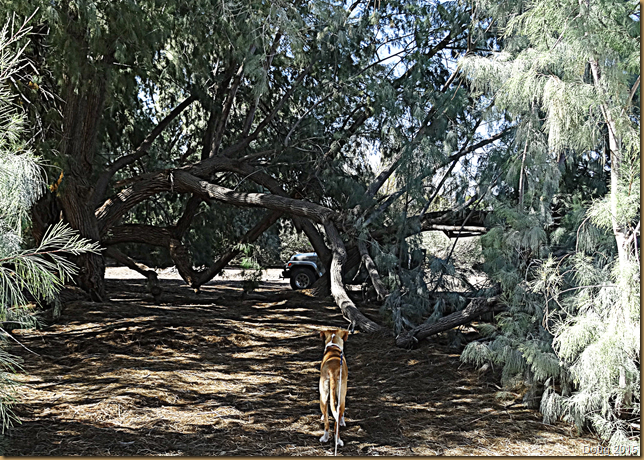 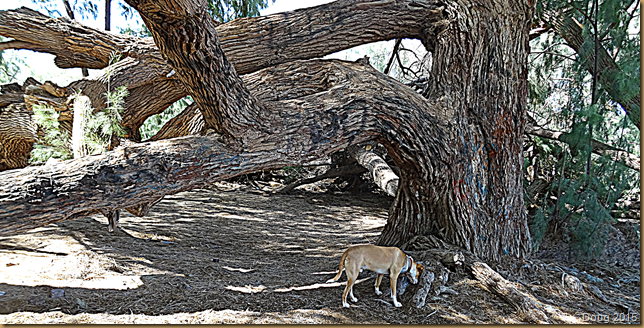 We then started following trails toward the lake, but they quickly became too tight and I am sure snake infested. 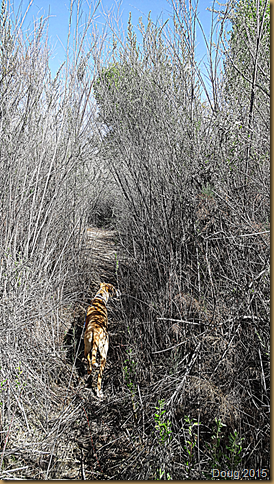 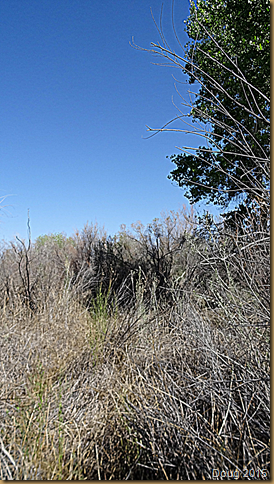 The ground was getting damp and I could see reeds ahead but no way to go any further, so we turned back. 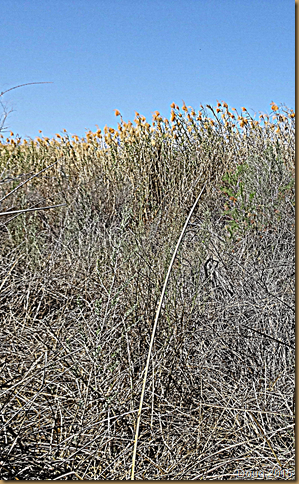 We then drove to a boat ramp so we could get some photos of the lake.  Seems as soon as we get around people, Yuma finds new friends. 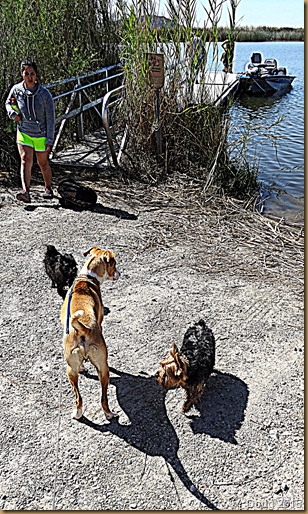 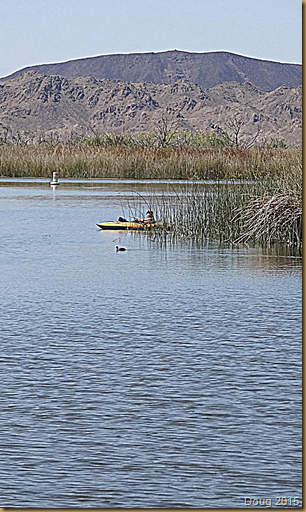 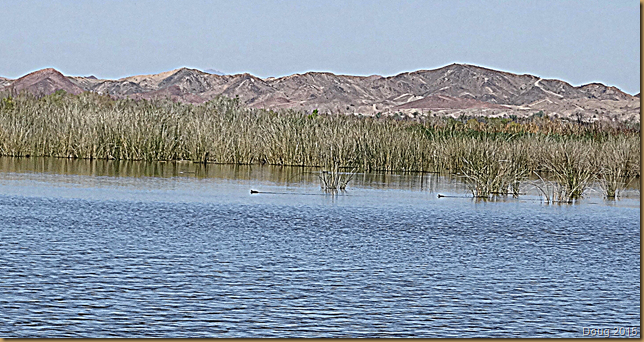 Later in the day, we went to a boat ramp that had a small walkway with palm trees. 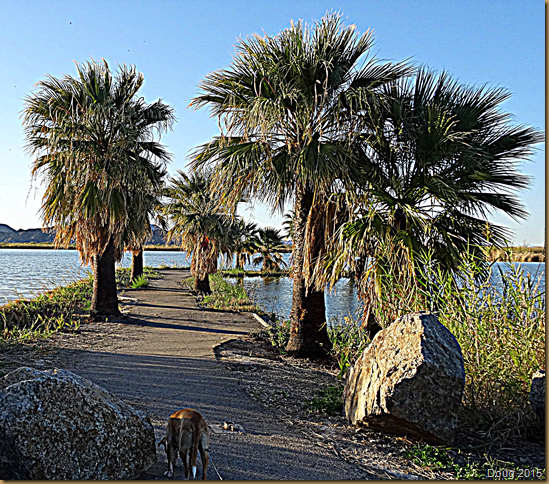 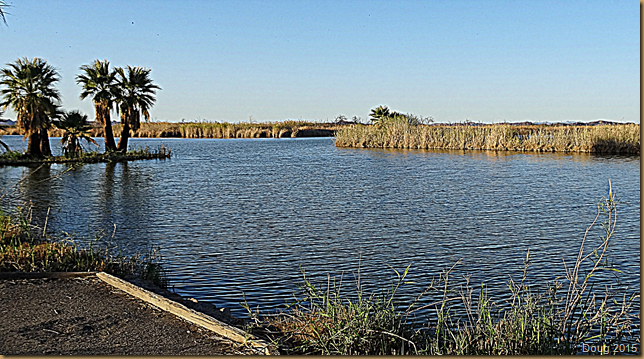 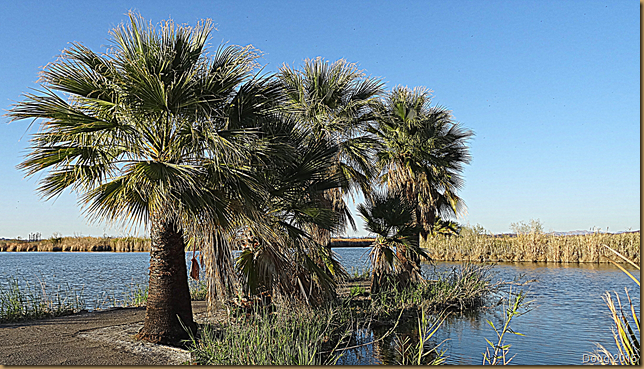 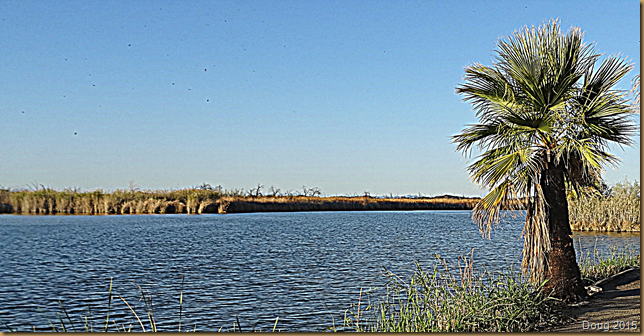 Fisherman were racing toward home as the sun begins to set. 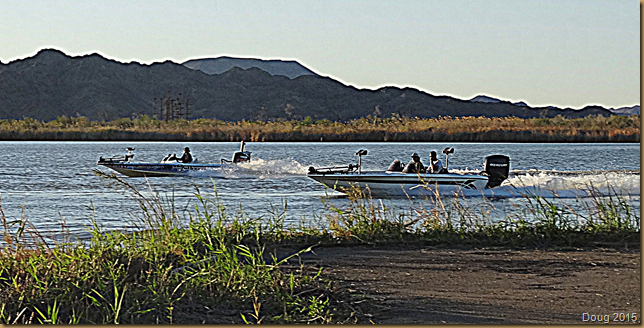 Yuma and I were sitting outside and Yuma started barking.  I looked to where he was looking and right across the canal, some burros were walking.  There were five of them. 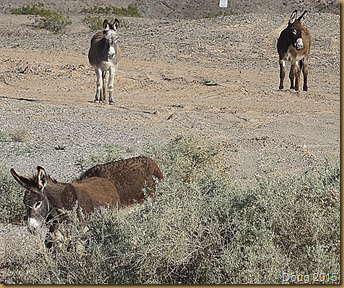 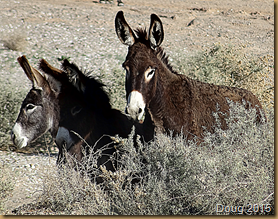