This morning, the clouds broke and the sun made its entrance here at the Slabs.  However, there was a lot of mud still around the motorhome and jeep, so decided to walk down to Salvation Mountain and take photos.

It was a beautiful morning; warm with no wind.  I had expected clouds all day according to the forecast so will take this instead.

As we walked south towards the mountain, I took a few photos along the way.

The Sun Works, owned by Solar Mike, is a very popular RV solar installer and is well known in the RV community.  Many RVers come here specifically to have Mike and his crew install solar panels on their RVs. 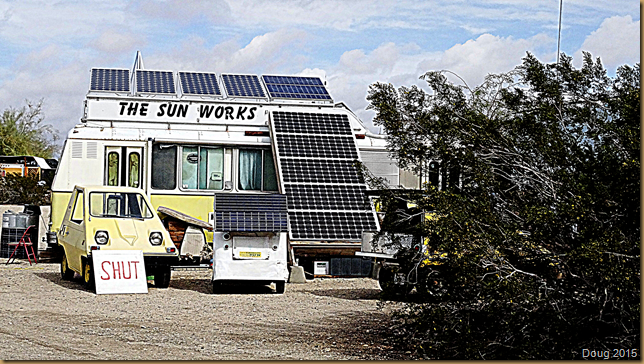 A few cultural items along the way.  A sign for Slab City and a tree with shoes all over it and under it. 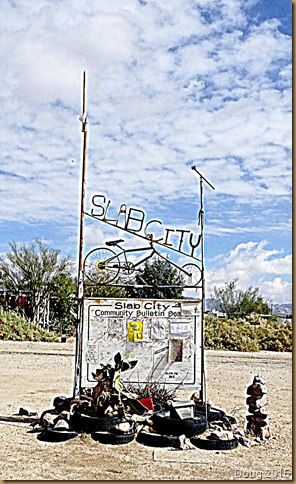 Salvation Mountain is built into a hillside and over the year’s built up into a maze of rooms several stories high.  It is made of hay bales, trees, tires and adobe clay to hold it all together.  A lot of painting has been done to give it the bright colors you see in the following photos.

I am not going to try to explain each photo.  Just look at them for what they are; passageways and rooms all decorated in color.  Be sure to click on the link at the top of this blog to learn more facts about the man and his mountain. 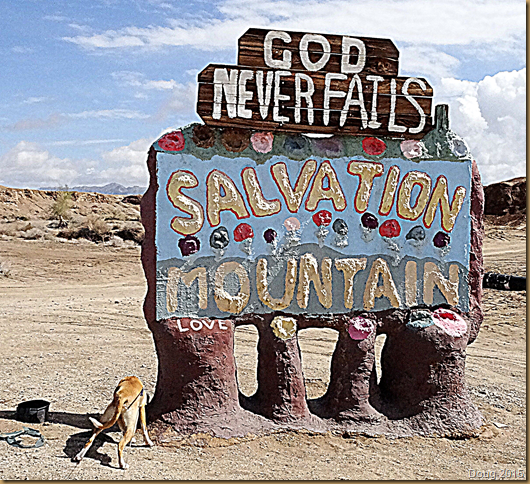 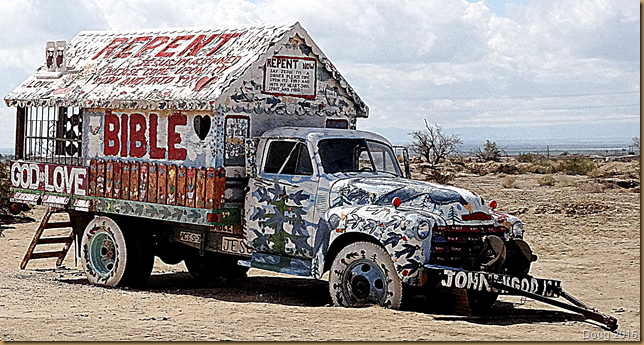 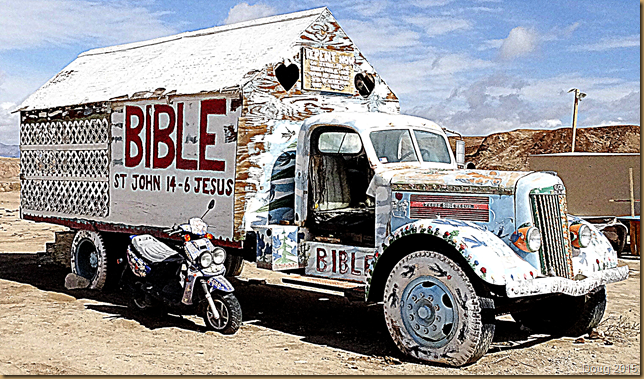 Of course, Yuma makes friends where ever he goes. 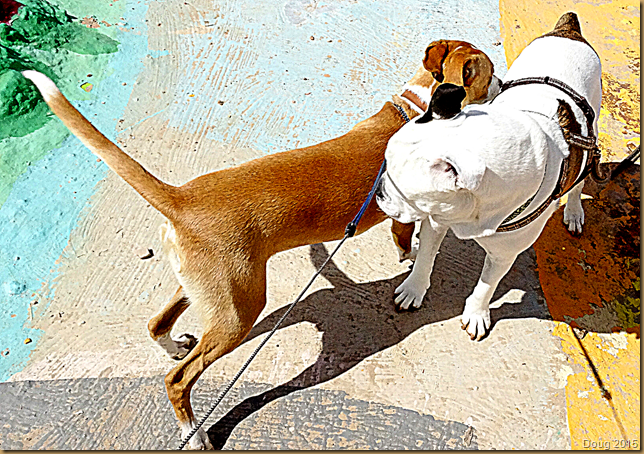 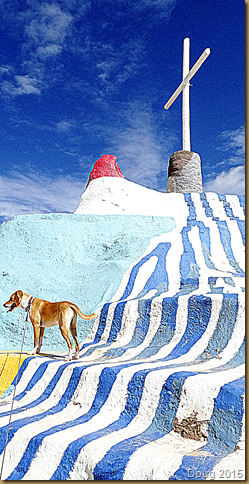 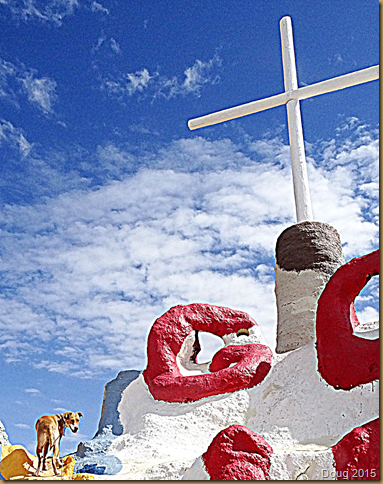 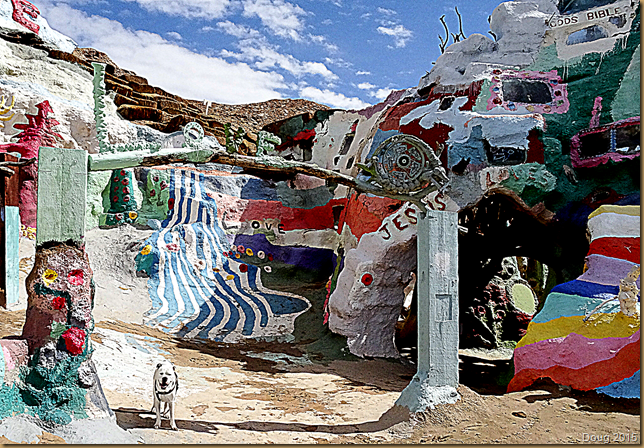 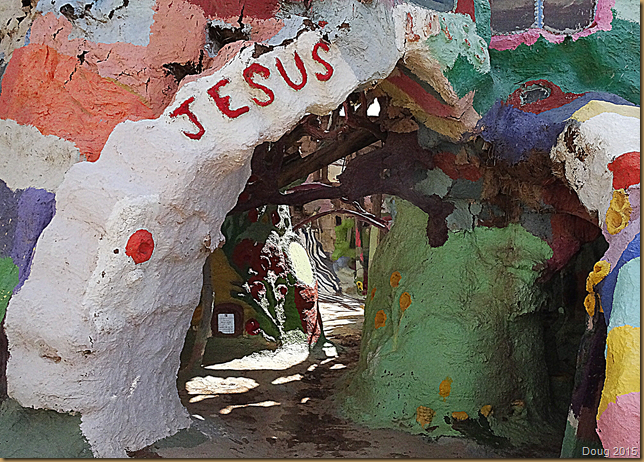 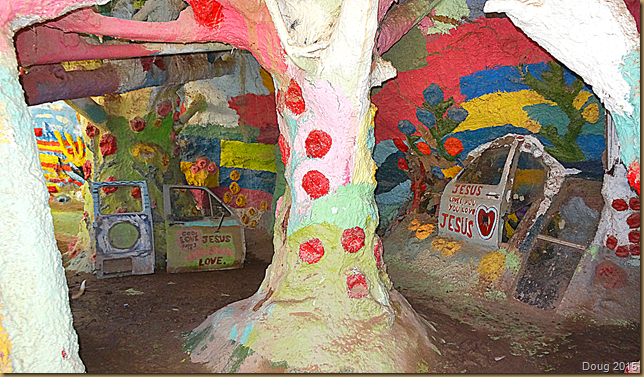 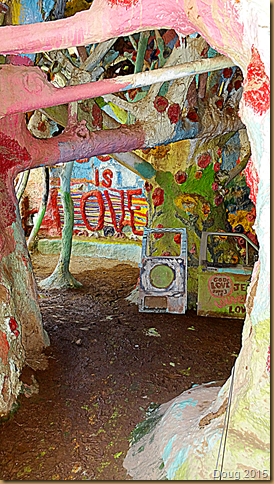 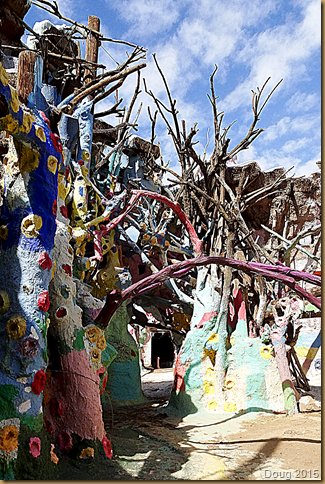 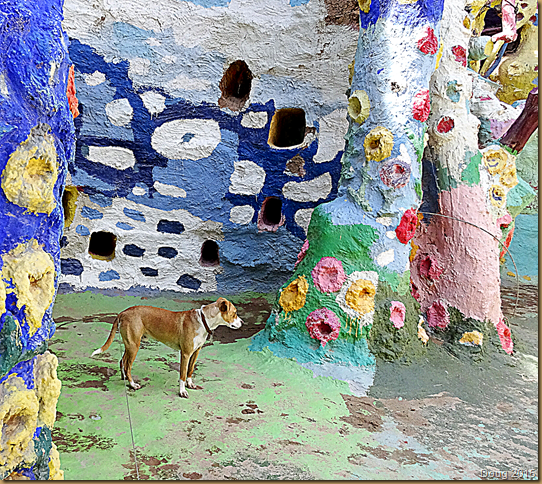 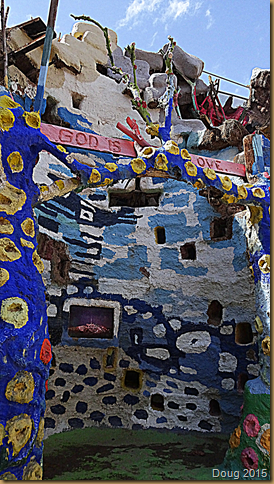 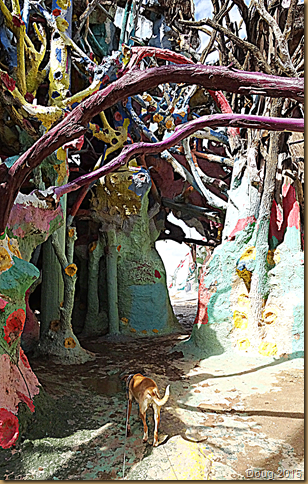 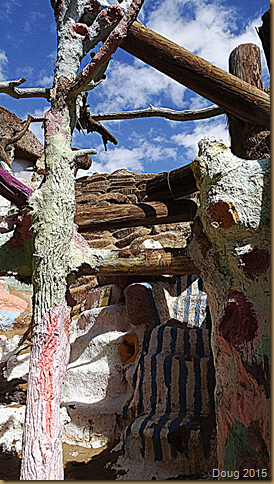 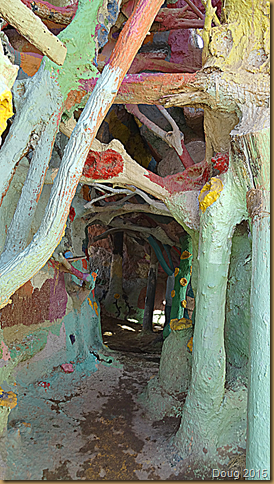 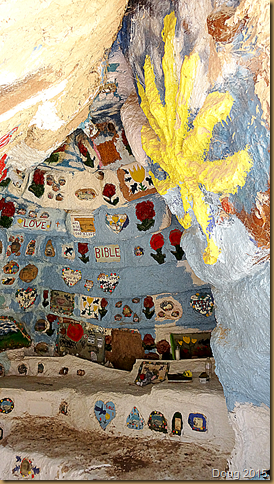 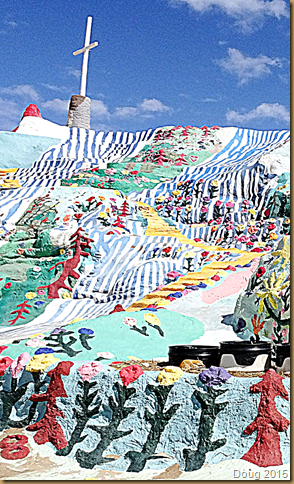 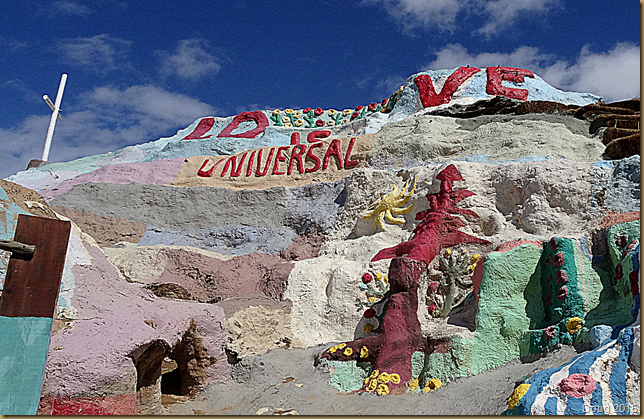 The artwork is very colorful and beautiful.  A lot of love and labor has gone into this massive architectural art masterpiece.  I am impressed and admire the work that has been done here.  You could tell from Yuma’s intense stares that he was impressed.  He was good and didn’t leave anything behind.