This morning, Yuma and I decided it was getting too hot in Yuma and time to move on.  We left Mittry Lake at 10 am.and my destination is Roosevelt Lake in the Tonto National Forest, northeast of Phoenix.

I thought I would drive up hwy 95 to Quartzsite and stay there for the night and then on to Roosevelt Lake.  (I am going to climb to the top of Castle Dome next time I’m out this way.)

We got to Q and after dumping my tanks, I felt that it was too early to stop for the day, so we will drive on and stay the night at a Walmart in Phoenix.

Drove the 100 miles to Phoenix, but the traffic was so bad, I thought I would drive to the east side of Phoenix before stopping.  Unfortunately, by the time I got off I-10 and onto 202E I was pushed right out of the city and past all the Walmarts.  Three in the afternoon and wall to wall cars and trucks.

I could see this beautiful red mountain the whole time I was driving hwy 202E. 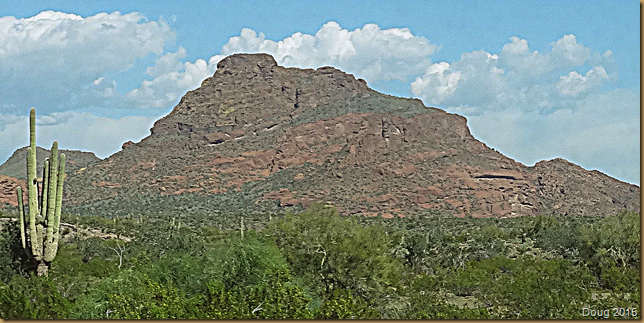 Stopped for gas in Fountain Hills and then headed east on hwy 87.  It wasn’t long before I entered Tonto National Forest. 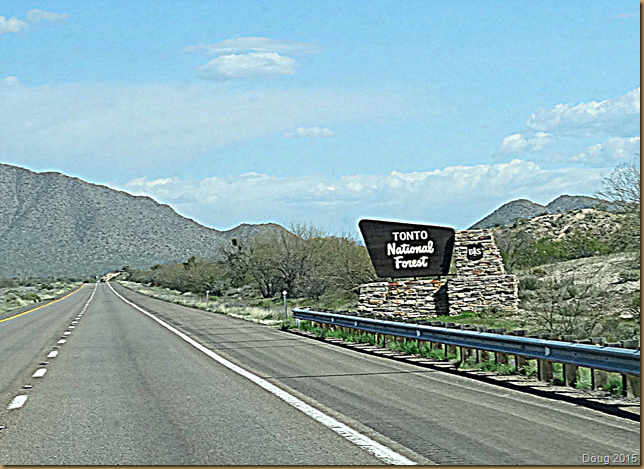 The drive up hwy 87 into the Mazatzal Mountains was beautiful.  Saguaro cactus everywhere and tall rugged mountains.  It is known as the Beeline Highway.  Probably named this because everyone in Phoenix makes a beeline out of the heat to the mountains each weekend.

Below is the Four Peaks. 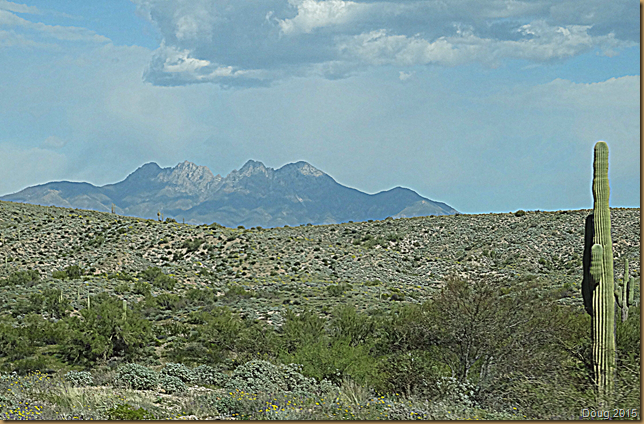 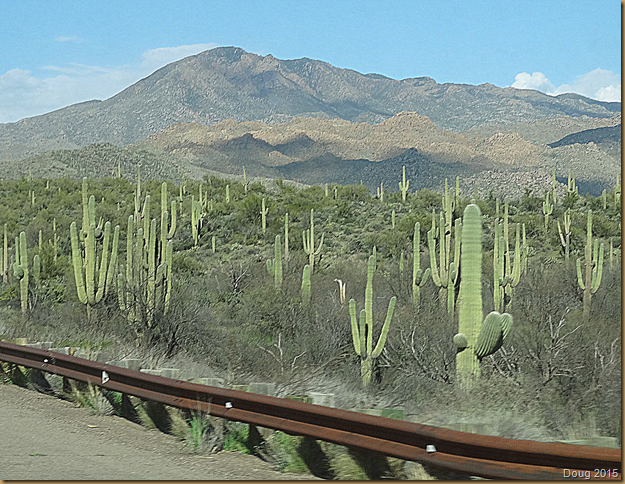 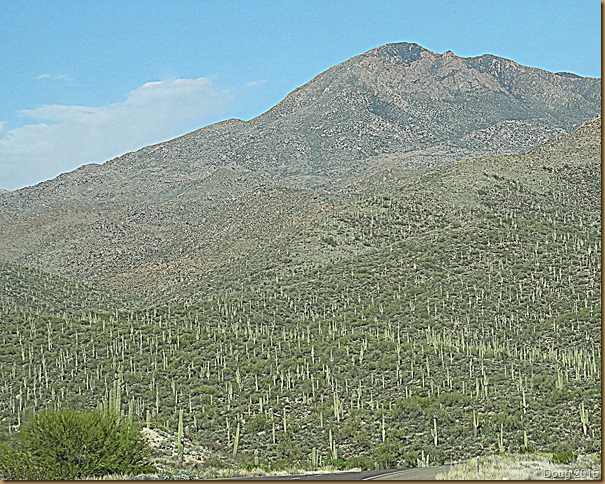 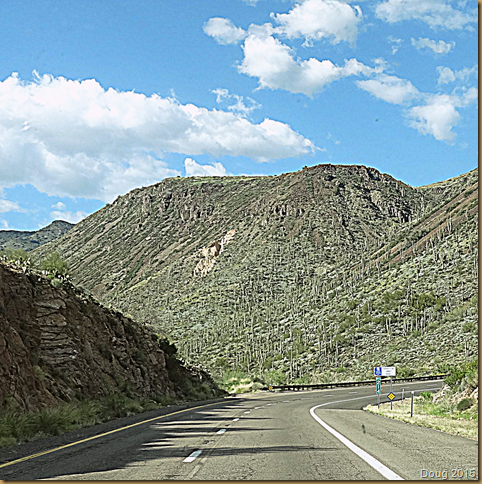 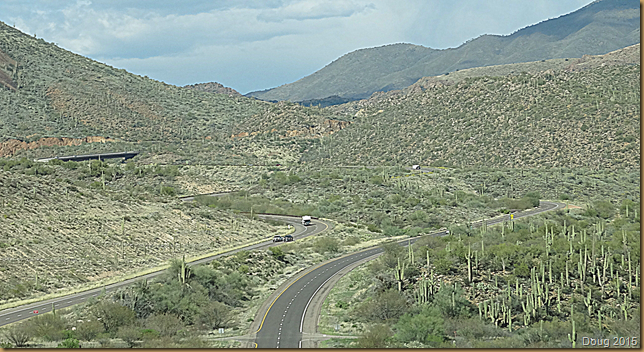 If I had known how mountainous this road was, I would have found a different way to get there or not gone at all.  There were many 6% grades and one 7% grade that went for 5 miles down the mountainside. 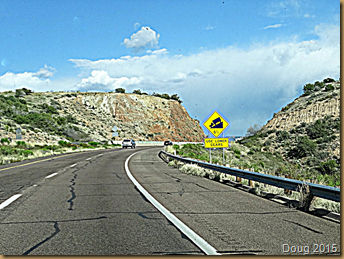 Luckily, hwy 87 is four lane.  However, on the 7% downgrade there was road work and only one lane the whole 5 miles.  Good thing was, the speed limit was 35 mph and I didn’t feel so bad holding up all the cars as I went down in second gear at 25 mph.

I have not checked the quality of my brakes since leaving home and this highway pushed them to the limits in a distance of 47 miles.  By the time I got to hwy 188, my front brakes were squealing each time I stepped on the brake pedal.

Turned right on hwy 188 and about five miles down the road, I came to Jakes Corner and there was a small grocery store and a bar.  Since it was about 5 pm and time to call it a day, I stopped at the grocery store and asked the lady behind the counter where a good boondocking place may be, or at least a primitive campground.

She told me there was a good place across the hwy and about 1/2 mile up a dirt road just past a wash on the left.  There was some level ground that locals use for camping.  And that is where I am tonight; just me, Yuma and bovines for neighbors. 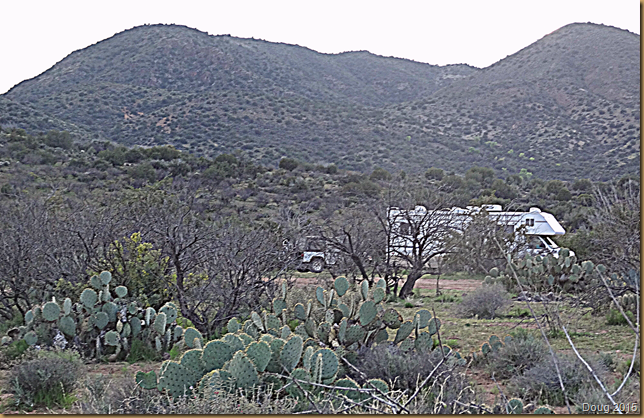 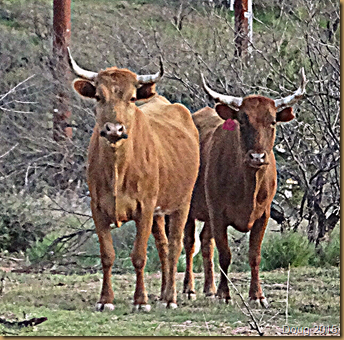