Woke up around 8:30 (darn, missed the sunrise again) and it was all blue skies but cool with some wind.

We had breakfast and read some blogs and by noon it was nice enough to go outside and lay in the sun.  After yesterdays long day I need it.

As a novice cook at age 74, I learned another new thing yesterday.  Dolly had cut up a whole head of lettuce for me to have salads on my journey out here.  And she also bought a package of pre-cut lettuce mixed with carrots and put that in the fridge for me too.

I forgot a few nights and didn't have a salad with my dinner, so about 12 days in I finally finished the cut salad Dolly had made.  It was getting a little brown on the edges but still tasted fine.

While on the phone with her a few nights ago I asked if the store bought lettuce could spoil and she said yes.  Asked how I would know and she said I would know.  I had already gone to the store and bought food for the week, but didn't buy lettuce because I had an unopened package in the fridge.

I opened it last night to make a salad and with one whiff I learned how to know when lettuce goes bad!

So, this afternoon I went back to the store and bought a tightly wound head of lettuce as Dolly said I should.

Returning from the store I could see the sun was hitting a number of the wall murals making them perfect for photographing, so you will see those.  Not mural overload mind you, because there are many, many murals in Ajo.

Click on any of them to make them larger. 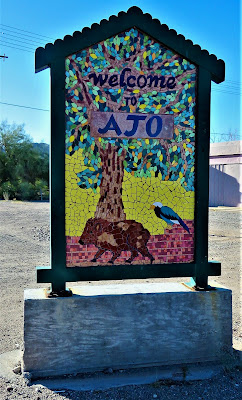 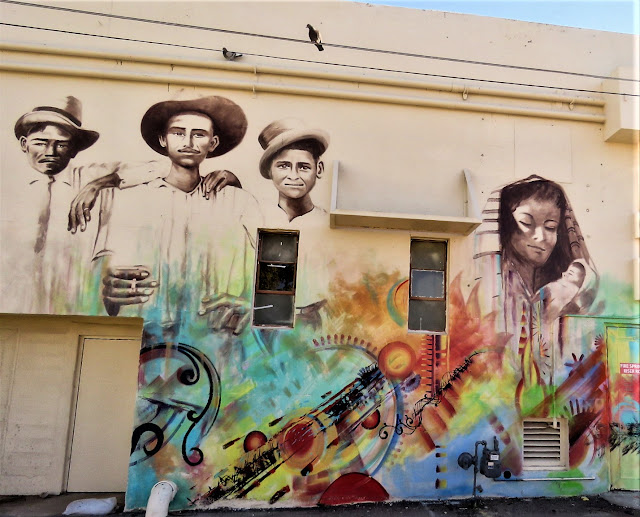 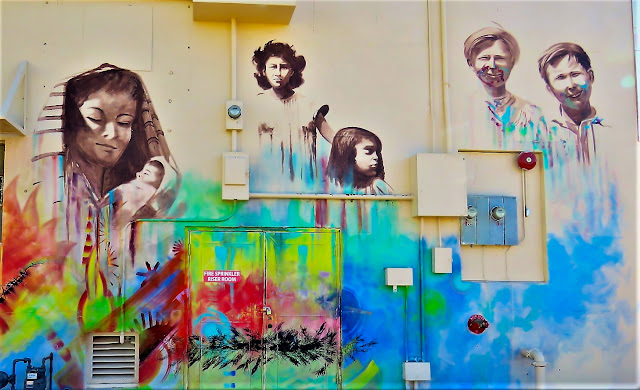 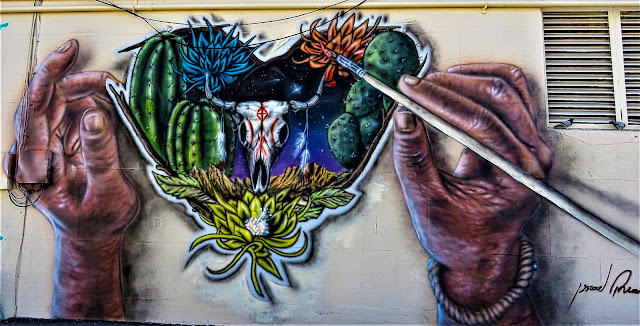 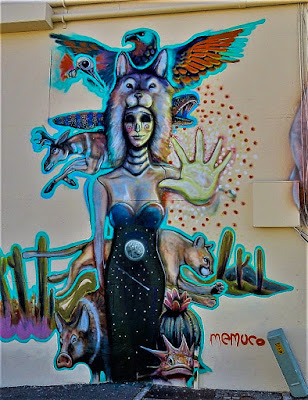 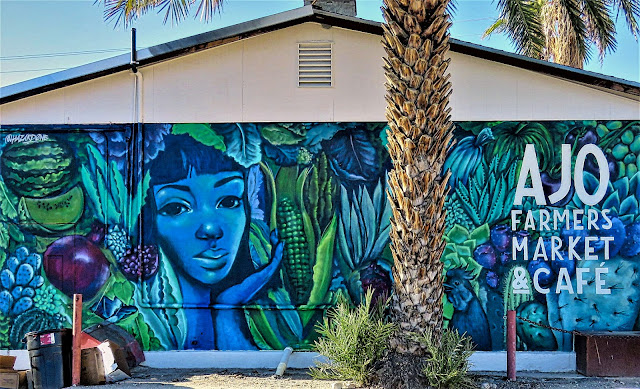 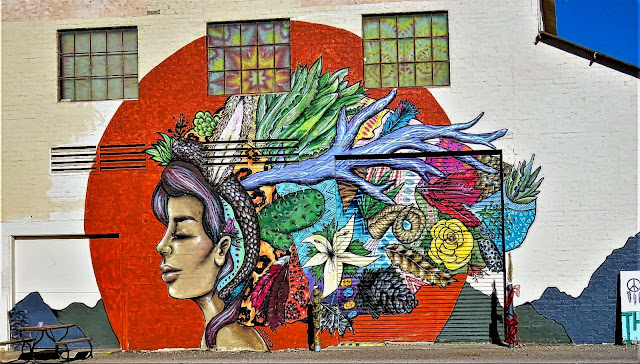 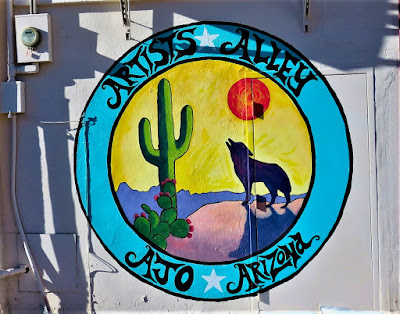 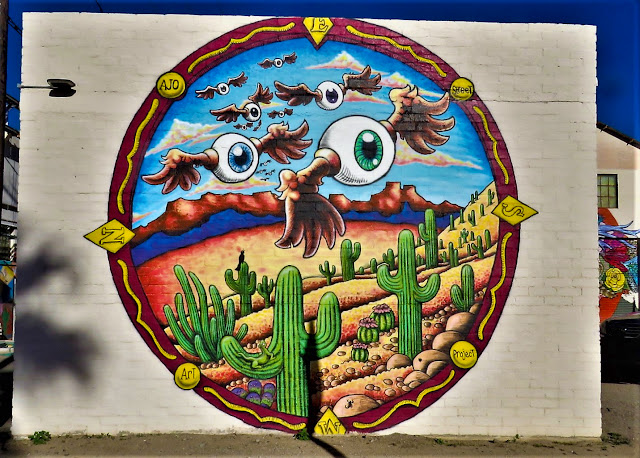 On the way south on highway 85 as I've done many times in my five visits to Ajo, I have gone under the old mining sluice pipe and on around the end of the
mountain of tailings on the right.

However, on the left side going south I would always see this concrete marker on the hill.  I'm sure those of you who have stayed on Darby Well Road have also seen it.  Wonder how many of you ever drove up there to find out what it was. 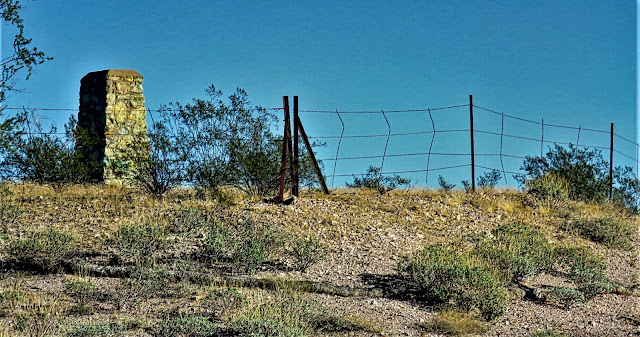 Well, today I did. 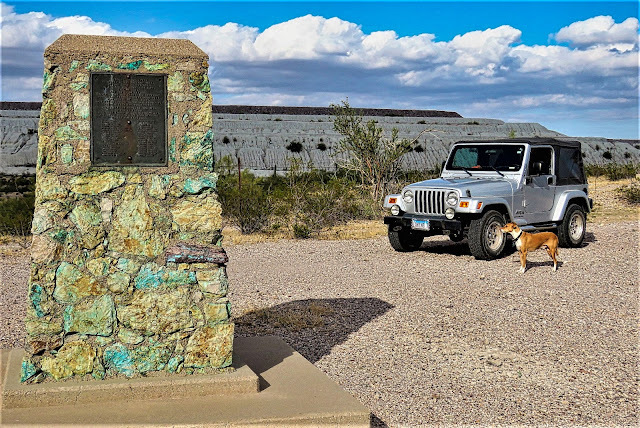 This used to be the Clarkston Cemetery site and the bodies they could find have been moved to the Ajo Cemetery I visited the other day.  Interesting read. 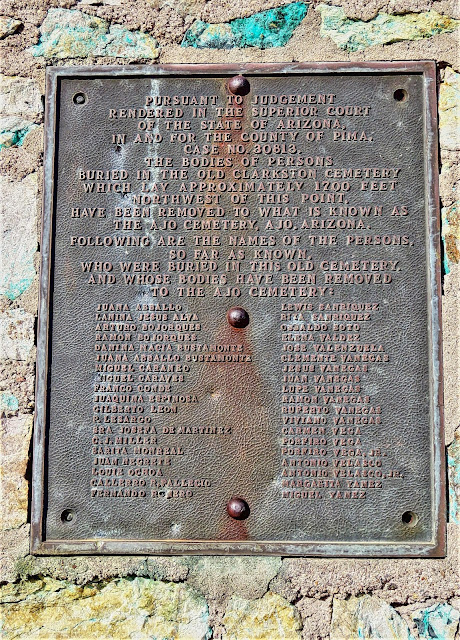 Went home and sliced the head of lettuce into a million pieces, fried me a yummy chicken breast in butter with lots of seasoning and had me a huge chicken salad tonight.

See you later.
Posted by Doug Laning at 8:16 PM