More horses and Company moves in

This morning I woke up at 7 o'clock but for some reason there was no sun even though it was clear outside.  Figured it out quickly though.  I knew Arizona didn't move to DST but my watch didn't😌  Fixed the watch but by this time it was too late to go back to sleep.

It is 32 degrees outside but sunny.  When I turned the water pump on nothing came out, so off it went.  Guess, I'll wait till it warms up a bit and try again😨  Hoping for no broken water pipes.

The horse competition starts at 7 o'clock I believe.  But I was wrong, they started at 8 o'clock and they went towards the Empire Ranch instead of down my road.😟  Tried the water pump again and with a few crackling and spitting noises, the water spilled out of all the faucets.

Started making breakfast and then at 9 o'clock I heard horses clopping by on the road.  Finally figured out the 50 milers left at  8 and the 25 milers left at 9 and came down my road.   Hard to figure all this out without a brochure😁

This time, instead of standing outside in my robe, I leaned out the window and took pictures.  I wanted to make sure I got the snow top mountains behind them. 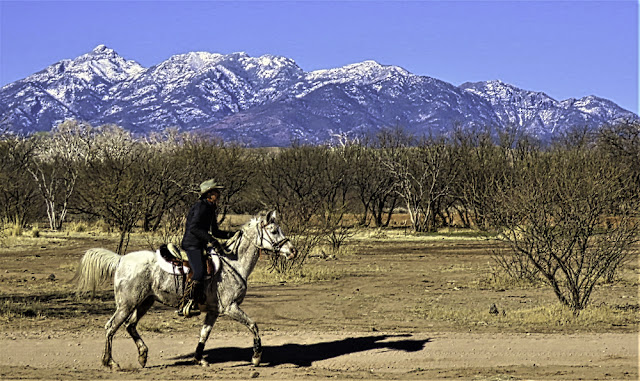 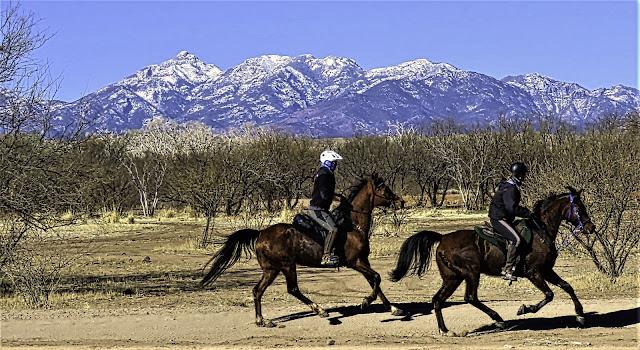 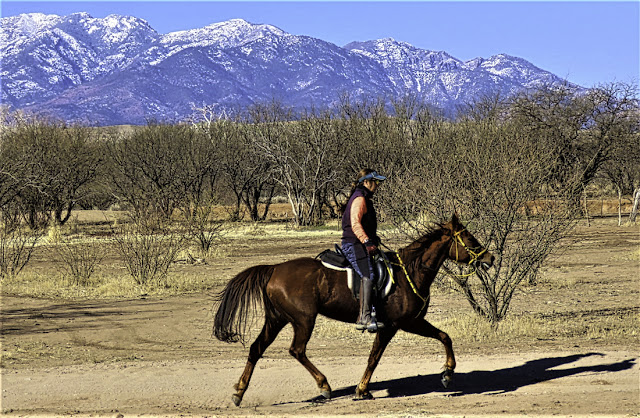 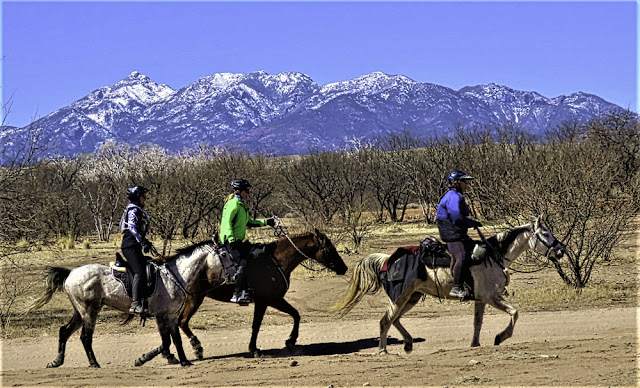 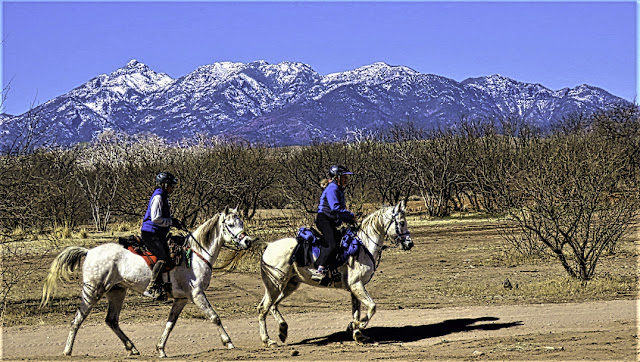 It was all I could do to get my breakfast and take pictures.  Finally, Yuma said he had enough and wanted to go outside.  I didn't get pictures of all of them and some didn't come out too well, so these are my best😇  By this time, they were coming and going, so it was getting really hectic! 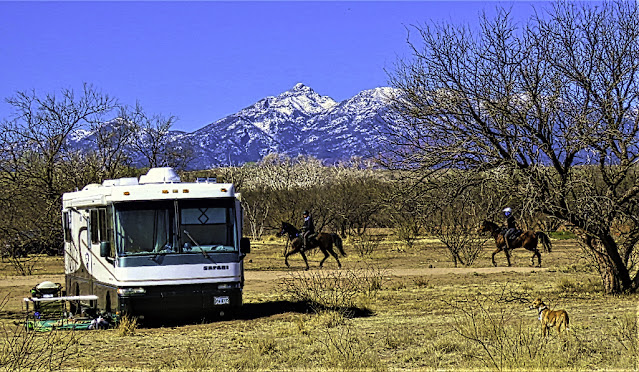 I am so happy that Yuma shows no interest in the horses so I don't have to hook him to a leash.  Yuma is the best boy ever!😍 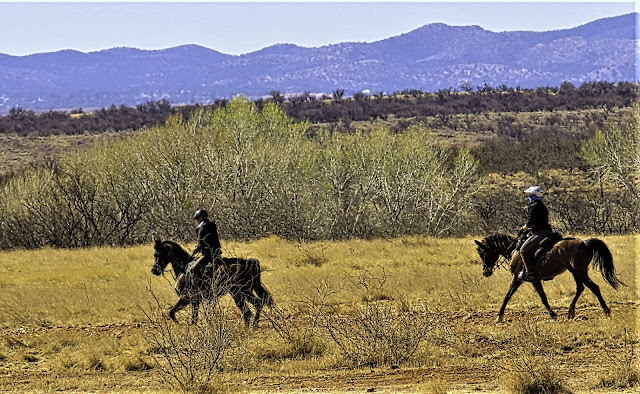 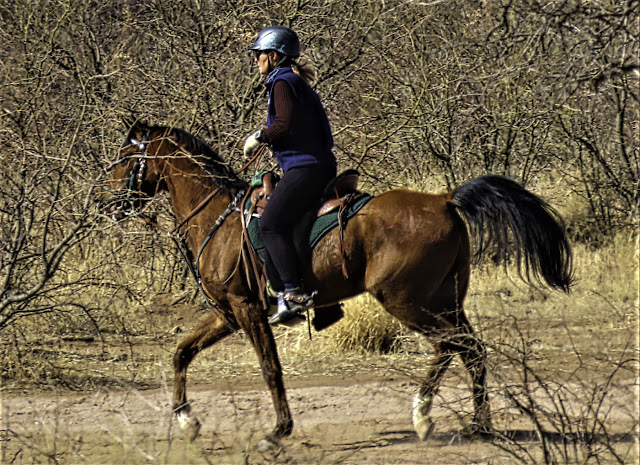 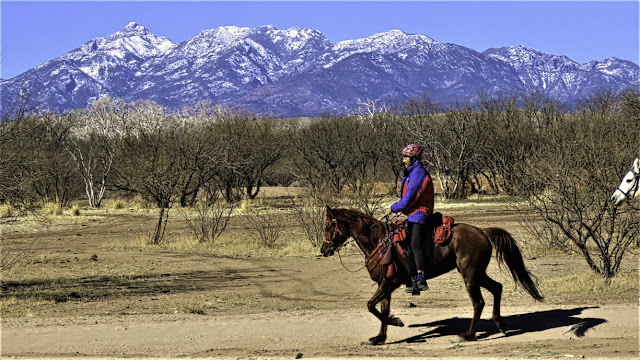 It was early around 9:30 when Red, my fluffy bird friend stopped by but before I could get into position it was gone.  Hopefully, Red will come back.  Then at 10 o'clock here comes Red to show off for pictures this time.  Red bounced from limb to limb making sure I got some good pictures. 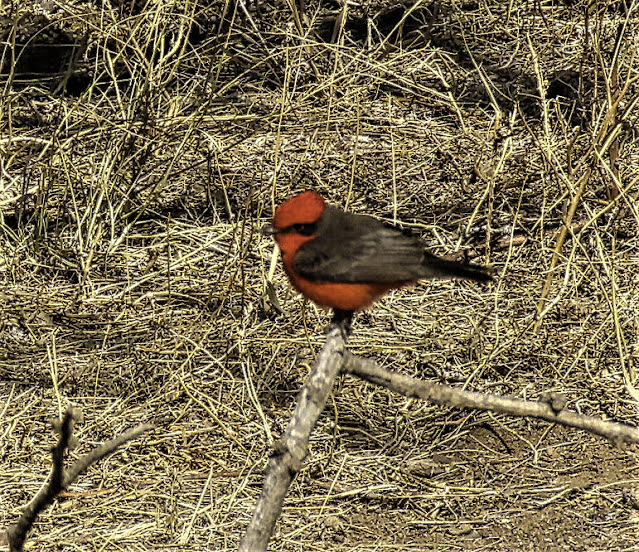 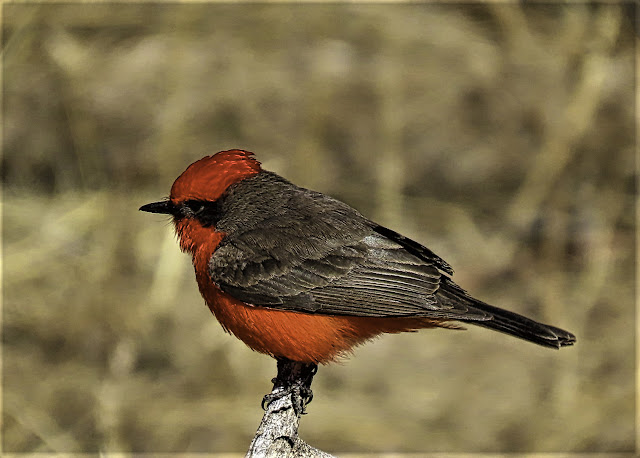 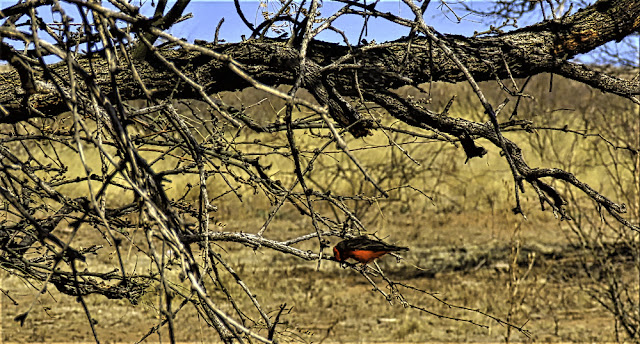 It was about 11 o'clock when my nearest neighbors that I showed you yesterday through the snow squall left.  That's good because I need that area for Tom and Deb when they arrive. 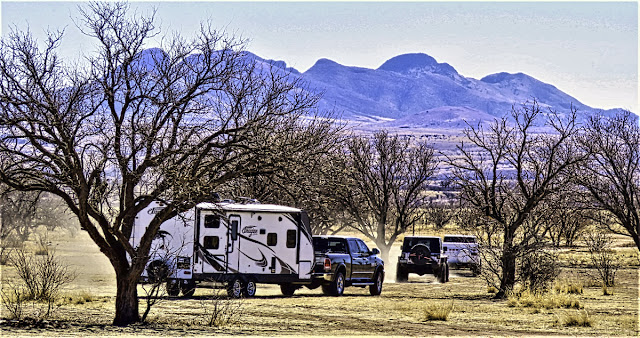 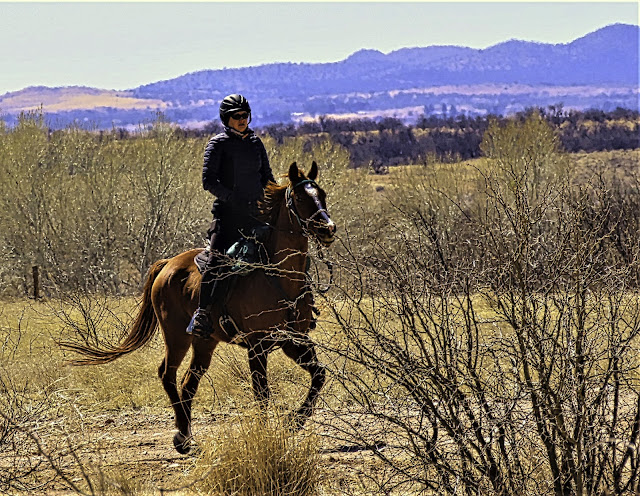 Around noon while I was watching for horses to come along I received a text from Deb saying they were delayed and would not be here until around 4 o'clock.  That gives me time to work on the pictures for my post and hopefully have it published before too late this evening. 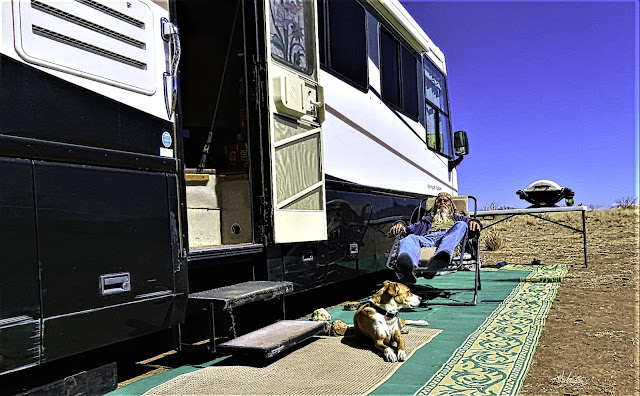 I have more horse and rider pictures, but they will have to wait till tomorrow.  Hate to get behind, but don't want to disappoint my horse lovers.
Got another text from Deb saying they were near the entrance to the Empire Ranch, so Yuma and I headed out in the Jeep to guide them in.  Met them and we stopped to unhook their car before heading to my camp site. 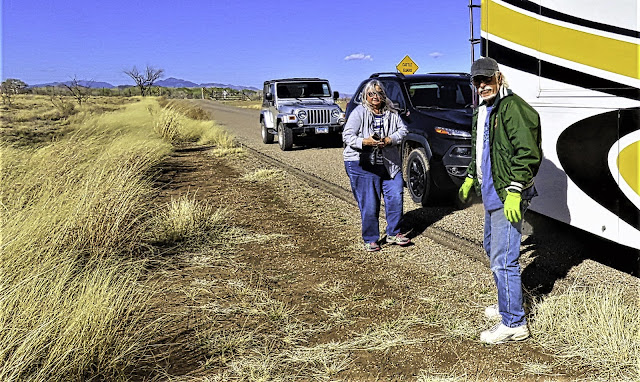 When Tom got out of the Stinger "B", with a cookie, Yuma went nuts.  He raced around in circles he was so happy to see Tom again. 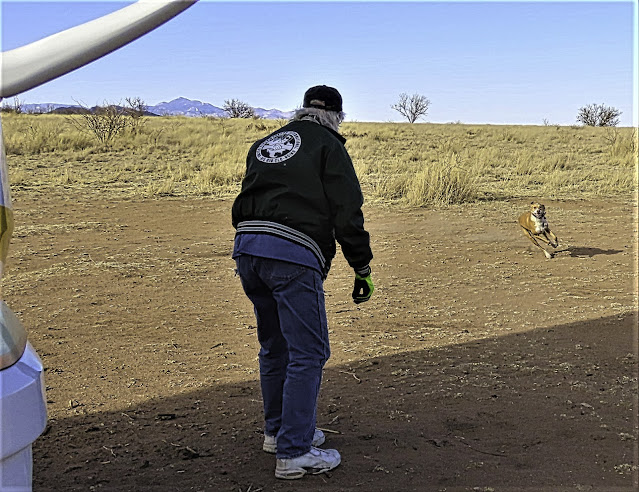 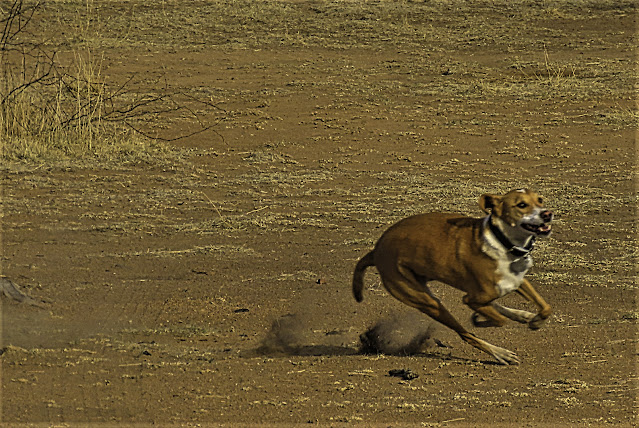 We talked outside until the cold breeze drove us inside.  Decided to call it a night and let everyone get settled and go at it tomorrow.  As I was typing the finishing touches to my post I looked towards the Whetstone Mountains and saw the soft reflection of a late evening sun on them.

Many of the horse competition group have left and tomorrow the remaining will be gone with memories of this snowy weekend in the Grasslands for their Old Pueblo Endurance Ride.
Thanks for stopping by.
Posted by Doug Laning at 9:14 PM