Some Bad News and…… 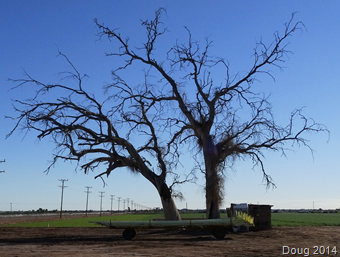 Got up early this morning and only had cereal for breakfast.  Not my normal two eggs and bacon with milk, orange juice and half a grapefruit.  I’m in a hurry today.  Got things to do.  You see, Dolly texted me and said that Fergie would love to have a younger brother.  That meant she is okay with adding Yuma to our family.

Didn’t want to just call the humane society, I wanted to make sure Yuma was there.  And the young lady, Josie told me I would have to be there personally to do the paperwork to adopt him.  She said to be sure to ask for her.  I was there right at 10 am – first one in line.

I knew things weren’t going to go right as soon as the receptionist told me that Josie was sick today.  I asked about the dog they called “Cheerful” and no one seemed to know where he was.  I asked to go through the kennels and show them the one I wanted.  The young lady that was designated to do the adoption paperwork walked with me through both kennels and no Yuma.

She said he must have been adopted, but I told her he couldn’t have been because he had not been neutered yet.  We went back in the office and she asked a few employees for information.  Finally the truth came out.  “Cheerful” had developed a respiratory problem from a dog in a cage next to him and he was removed to isolation and is being given anti-biotic.

I asked to see him, but they said he is quarantined and only employees can go into that area.  I then asked if I could go ahead and complete the adoption paperwork and “no” again.  Must wait till he is well before I can do that.  That is the rule and they are sticking to it.

What a bummer!  I drove 45 minutes to get there and accomplished nothing.  I gave her my name and number and she said that she would update his file with this information and call me when he was available once more for adoption.

Now I don’t know what to do.  I had two plans in mind; not three.  If he was still available I was going to wait till Friday and pick him up and head north to King Road in the Kofa National Wildlife Refuge or if someone had already placed a hold on him, I was going to leave tomorrow.

Now I have to come up with plan three, but not today.  I’ll mull it over today.

Since I was already in town, I stopped by Walmart, got groceries and 12 canisters of propane for Mr. Buddy.  Supposed to get cold in the coming days, and I wanted to be ready.  I hate being cold.  I could have stayed in Bloomington, Illinois if I wanted to be cold.

As I headed out of town on Imperial Road, I first stopped at the Bard, California Post Office and mailed Dolly another pendant I bought at the Castle Rock City Museum the other day. 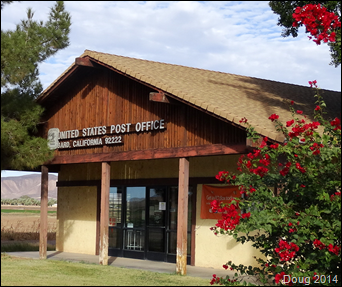 My second stop was at the Imperial Date Gardens a mile or so down the road. 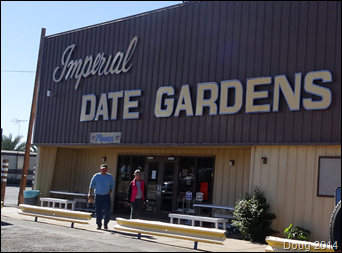 They have groves and groves of Date Palm trees. 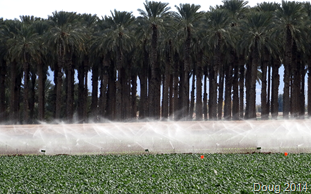 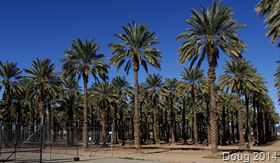 I am not a big date lover, so only looked around the store and did not buy anything.

Drove the remaining five miles to Arizona and back to my camp.  I decided immediately I would move further back into the area I am staying for more privacy.  When I first arrived I just pulled over near the entrance and parked.  There were other RVers who had been evacuated from Lake Mittry already in the good spots toward the back of the parking area.  They left yesterday and I wanted their spot.

So, I moved all of 200 feet today.  Just threw everything in the hallway, pulled in the slide (I never opened the living room slide for fear of sticking in the roadway area) and drove the rig down there and walked back and got the jeep.  I have great privacy now and both slides open. 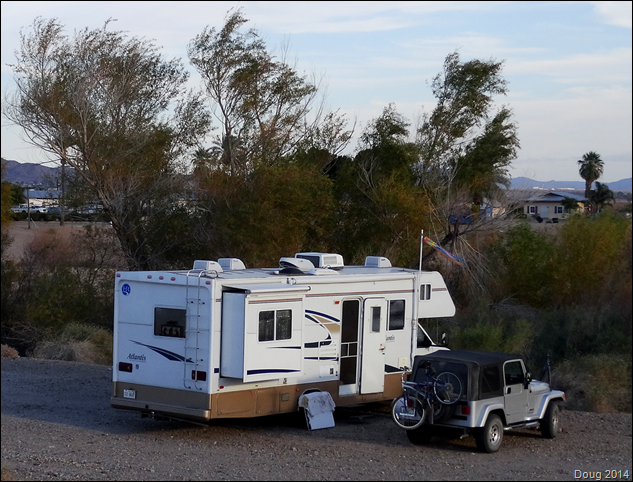 Not a good day according to what I had planned for the day, but I am sure it will work out for the best….I hope!