Sunday at the Yuma Swap Meet

This morning I intended to drive to Picacho State Park to do a little hiking, but when I got to the T on Imperial Road that either went south to Yuma or north to the park, I decided to Google Yuma Swap Meets and I found one.

Turned south to Yuma and went to the swap meet instead. 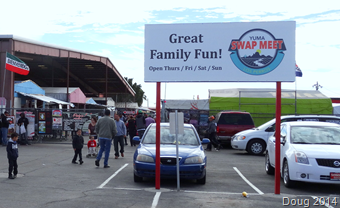 As I soon discovered, most of the vendors and patrons were Mexican.  Mexican music, vendors calling out in Mexican and even the dogs barked in Mexican.  There was quite a crowd there. 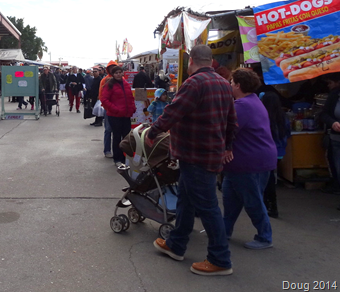 It was a very pleasant experience.  Here are some photos of their colorful displays: 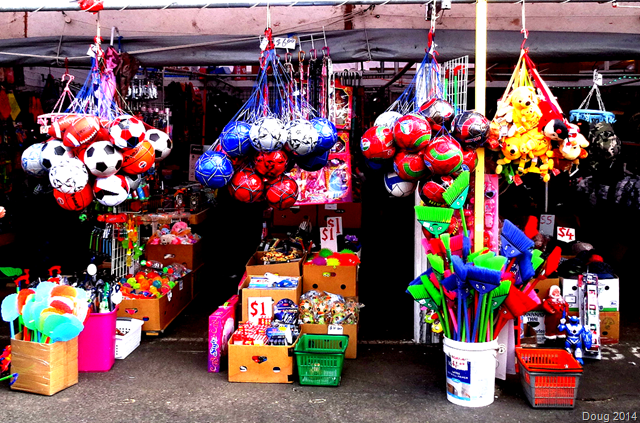 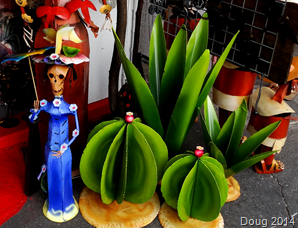 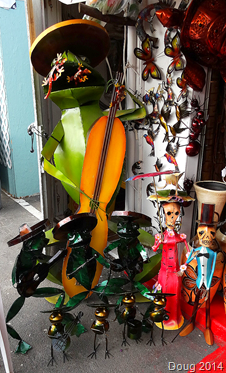 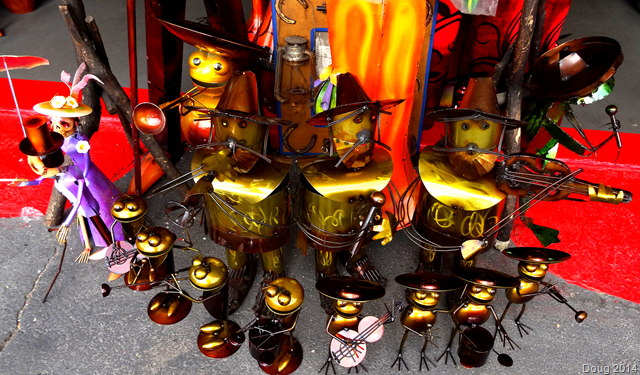 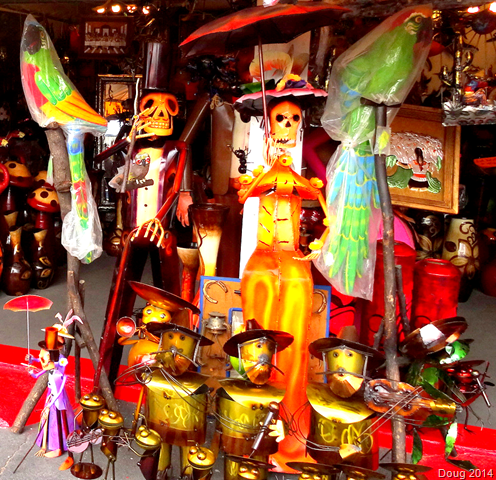 There was a Mexican band playing giving the whole swap meet a real Mexican flavor.

I especially enjoyed the accordion player.  He sounded like he was playing a horn. 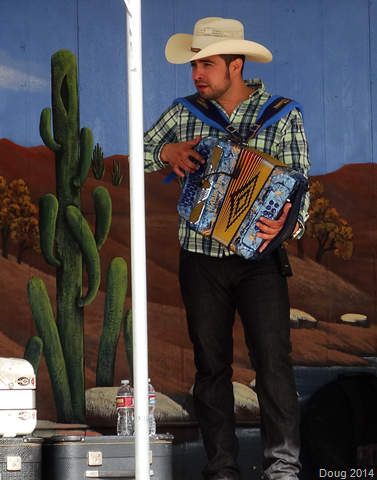 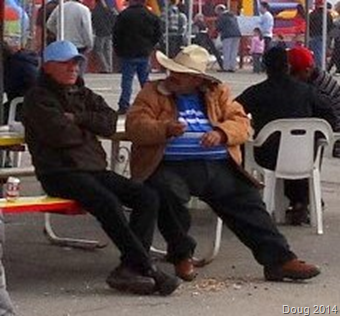 These two were listening to the music and engaged in conversation.

I came away with another Desert Storm khaki pants, some green t-shirts and a dark orange pullover shirt.  I like the army look while in Tucson.  I look a little like Castro in his older years, of course. 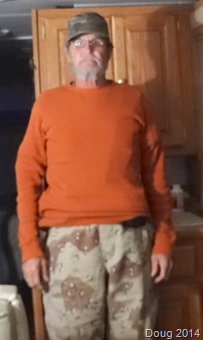