Yesterday, after arriving to my camp, the first thing I did was unhook the jeep and I noticed immediately there was very little gas in it.  Just enough to get me into Ajo.  So I hurriedly jumped in the jeep and drove to Ajo to fill it up.  Should have done this at my last RV fill because gas here is $3.10 a gallon and not $2.40 as it was in Yuma.

As I was driving up to the campsite I noticed the check engine light was on.  For those of you that have not followed my blog, well I had gotten a check engine light and my jeep went into limp mode and would not go out of second gear.  For two months in October and November, my son-in-law, Evan had been working with a company to get a rebuilt PCM (powertrain control module) and all that while my jeep was down and not running.  Evan had diagnosed the problem based on the error codes and discovered the PCM was bad.

My thoughts immediately turned to the same problem happening again.  This time I am 2000 miles away from home and in the middle of no where.  I made the decision, since it was Friday and I could do nothing till Monday, I will just put it out of my mind for the evening and get on with other things that needed to be done.

After watching Gold Rush with Dolly (she was watching from 2000 miles away with me), I went to bed and in the middle of the night I had a epiphany.

I am familiar with check engine lights and what causes them from my many years working part-time at Advanced Auto Parts.  All of a sudden I thought, “in a hurry to get gas and get back -  I may have forgotten to put the gas cap back on the tank filler”.  I knew this could cause a check engine light.  It was so late, and just the thought this was the problem and not my PCM failing me again allowed me to relax and sleep better.  I decided to wait till daylight to check the jeep.

Some of you who follow The Bayfield Bunch, may remember, it was only a few months ago that Al had a similar problem and he needed to replace his gas cap.  Now I was hoping my problem was as simple as air in the gas tank.

Just before I left home Evan told me I could get the codes for the check engine light on my jeep by turning the key on and off three times in quick succession, and from the code, I could go to the Internet and determine the definition of the code and it would tell me the cause for the light.

While I was sitting here writing my blog this morning and drinking coffee, a coyote came up to the side of my RV and grabbed one of my underwear I had lying there to dry.  Unfortunately, I didn’t have my camera close at hand and when I got up to get it, he heard me and dropped the undies and ran.

The white ones just above the black hitch were the ones he had in his mouth.   I probably saved his life.  Those dirty undies probably would have made him sick or killed him.

As for why the undies were drying out there, is because when I filled the fresh water tank a few days ago, the tub spigot was on and I had put my dirty clothes in there out of the way till I wash them.

After breakfast of eggs and ham again, I went out and turned the key three times and voila I got a code of P1603.  Checking the Internet, I find this code means that I have a PCM problem unfortunately.  Texted Evan and he said that if the jeep is running fine and only the engine light is on, go ahead and use the jeep.  If there is a problem, he will contact the seller of the original PCM and have another sent here to Ajo.  Luckily, the PCM is very easy to remove and replace.  It sits under the hood against the passenger side firewall and is easily accessed. 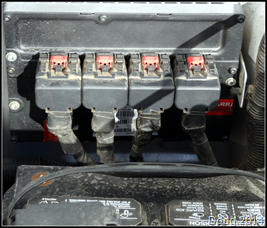 Looks like four boxes with wires coming out of them.  Only need a star screw driver.

I spent part of the afternoon reading the instruction manual for my new 100 watt solar panel.  Later, I set it up around 3pm when the sun started peaking out.  It is now charging my cell phone, laptop, jetpack and Wilson booster. 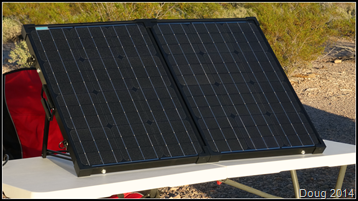 Walked around the camp several times during the day taking photos.  Didn’t start the jeep today.  In the morning I will go to town to get some groceries and give it a test. 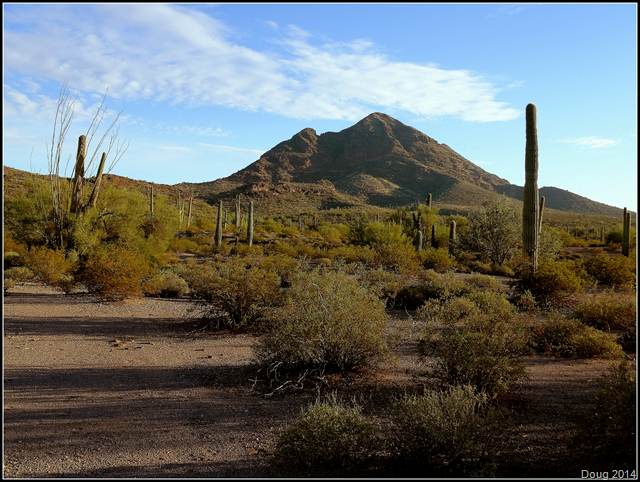 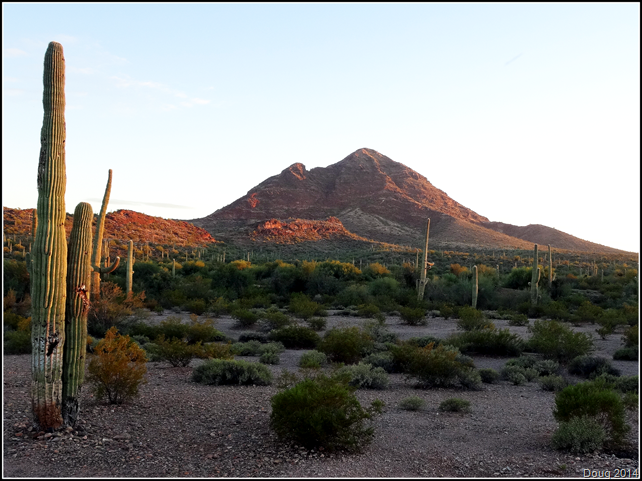 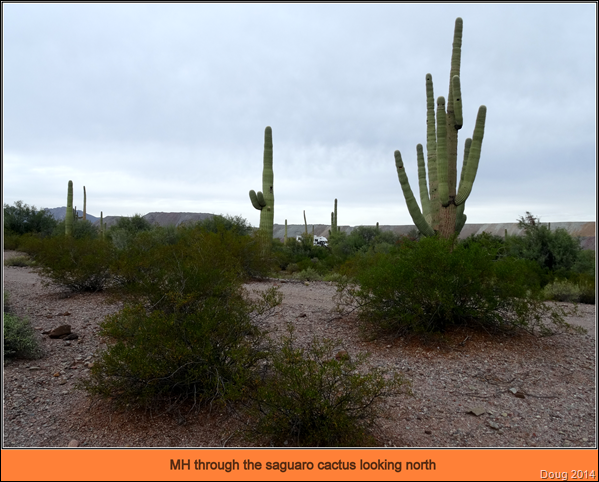 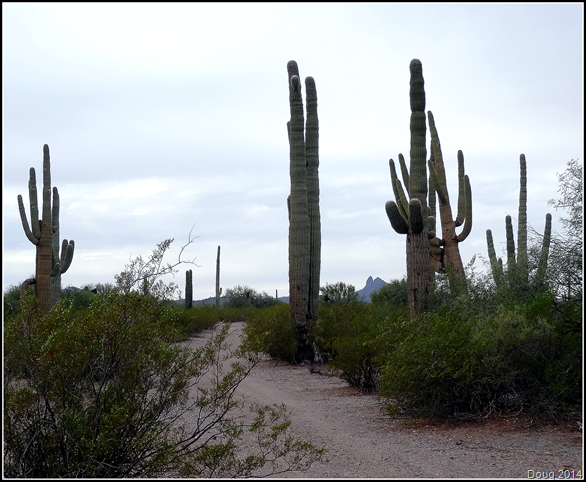 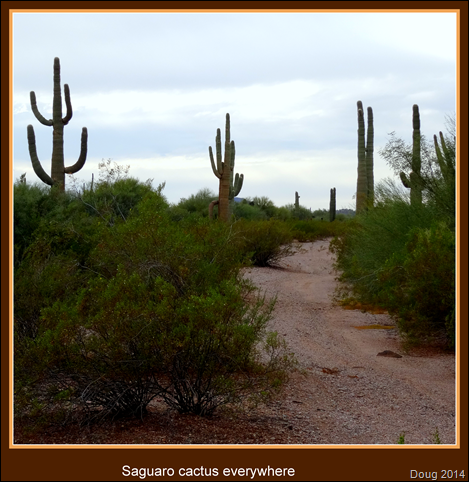 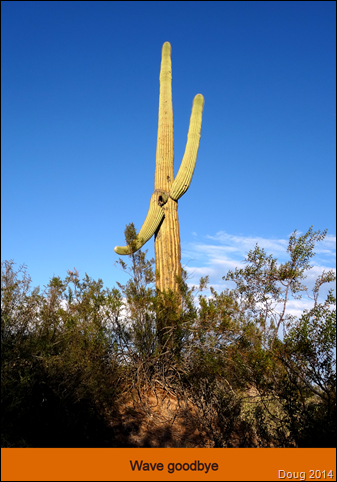