Wandering Around in the Desert

I was going to just lounge around the camp today, but the weather got so nice, I decided to head back toward Picacho S.P. again.  This time I did make a right turn off Imperial Road onto Picacho Road and headed north on the dusty wash board road heading the 18 miles to the park.  I don’t know how people in their trailers and motorhomes ever make such a slow grind, but they do.

About four miles up the road I got distracted by a side road heading off in the desert and decided to check it out. 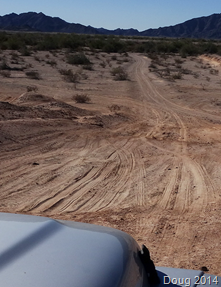 Didn’t realize this road hooked onto other roads and many were smaller ATV roads.  I always think these roads lead somewhere, but usually they don’t.  They just go forever till you turn around and try to find your way back out. 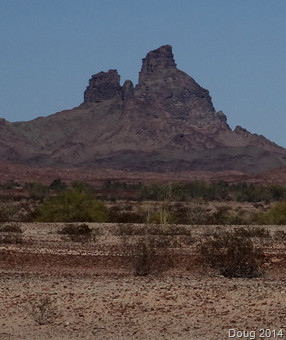 I could always see Picacho Peak to the north, so I knew I could always turn around and head south and sooner or  later I would find the road back to Yuma.

As I went up and down through the sand washes and along dirt ridges I started seeing rock writings everywhere.  And I mean everywhere. 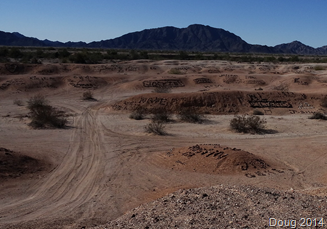 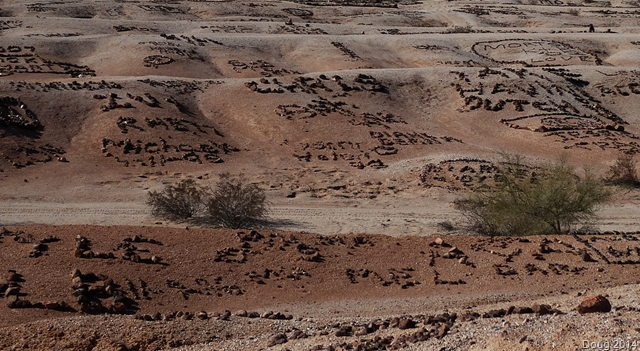 Some of the writings were simple and some were quite complex.  These writings went on for miles up and down gullies.

Guess what I did in the heat of the desert.  Got out of the jeep at a place that had an opening and rocks close at hand and I put Dolly and me in rocks in the desert forever.  Not the best rock writing, but it is the thought that counts. 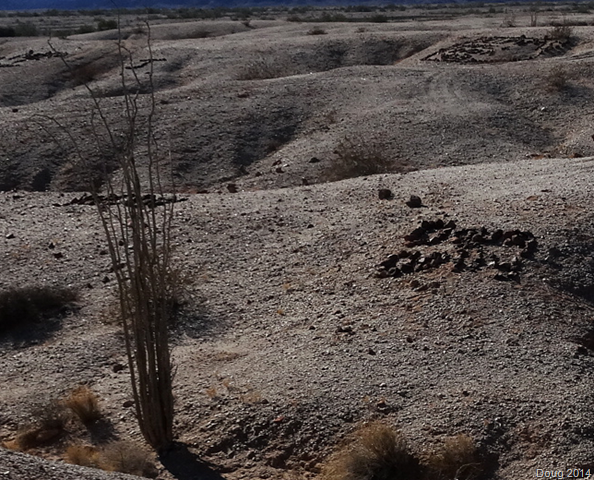 I will never be able to find this place again.  All the hills and gullies look the same and when I drove back past this area again trying to find my way out before dark, I never saw where I had written our names.

Here’s one of the jeep roads that petered out into an ATV path.  Turned around at this point and just followed the bigger roads that went south.  I am hesitant to follow the ATV paths, because they can get pretty rough and small.  Being alone, I do not want to get stuck in sand way out here.  The tow 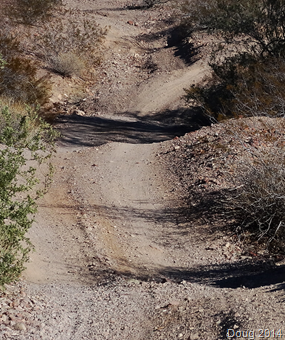 company could retire on the money I would have to pay.  Never been stuck,  Don’t have vast experience in sand, but I do have some common sense.

Not all beauty out here in the desert.  This area is a dumping ground. 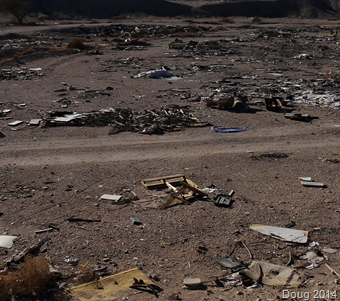 On the way back to camp, stopped to take a photo of the Laguna Dam close to my camp.  With the setting sunlight hitting it, I thought it looked beautiful.

In for the night next to the canal berm and the water works department across Imperial Road from me.