After breakfast this morning with trepidation, I left Yuma at 8:15 am in the motorhome while I went to see the upper cliff dwelling at the Tonto Monument.

Except for this weekend, the only way you can go to the upper cliff dwelling, is to schedule a visit in advance, so I am glad I was in the area this weekend.

I thought the gates opened at 8:00 am, but when I got there I found they do not open the gate to go up the mountainside till 9:00 am.  Fortunately, the museum was open, so I took this opportunity to walk through the museum and read about the cliff dwellers and see some of their pottery and cooking utensils.

I was with the first group that left right at 9 am.  There were about 20 of us at the starting gate, when the ranger opened it.  I didn’t race up the mountainside to be the first there, because I wanted to stop and take photos as I went.

Thursday, I visited the lower cliff dwelling, but this one is a mile and a half trek to reach the cliff dwelling.  We first followed a shallow stream and then started climbing.   Fortunately, there are switchbacks to make the climb easier, but it was still a long climb.  Luckily, it was early morning and it was still fairly cool.  I pity the people making the climb this afternoon.  They will really feel it. 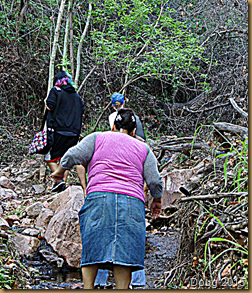 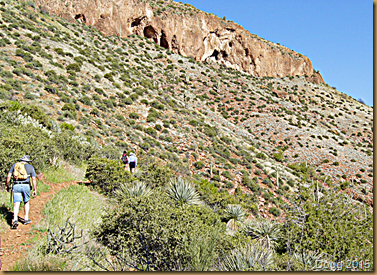 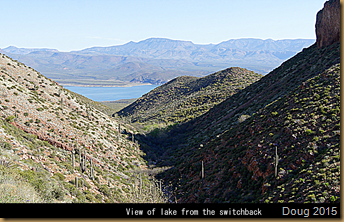 Saw this flower as I was walking up.  Looks beautiful, but I don’t know what it is.  The white flowers had bloomed in the sunlight but not the pink ones. 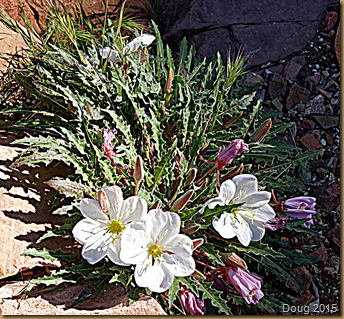 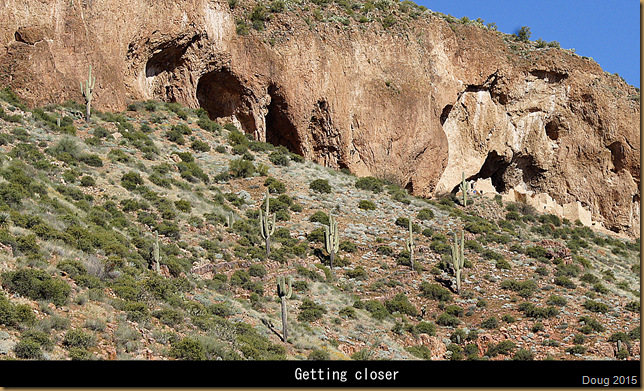 It took about an hour to get to the cliff dwelling and I documented what I saw in the following photos:

This first photo is of the south end of the lake.  I took it standing at the entrance to the dwelling.  However, this is a manmade lake, so during their time it was a large valley. 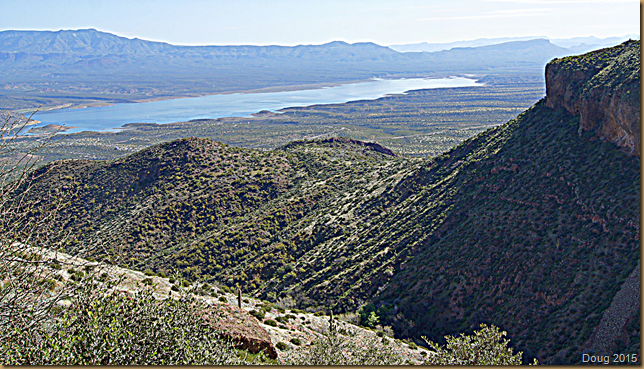 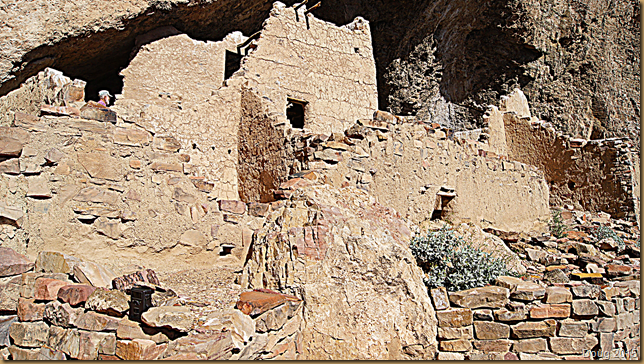 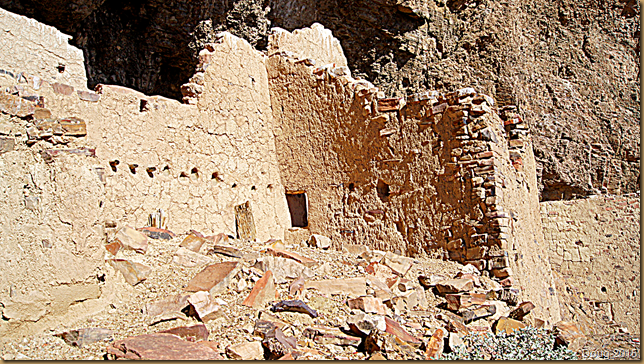 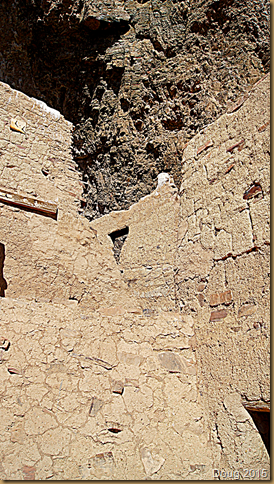 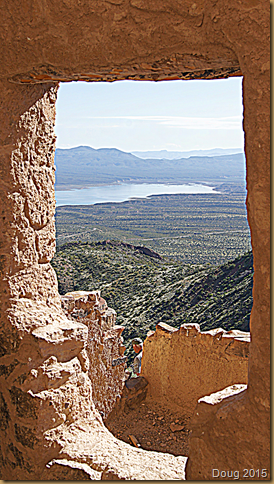 This one room still had much of the original roofing.  Made of trees, reeds covered in mud. 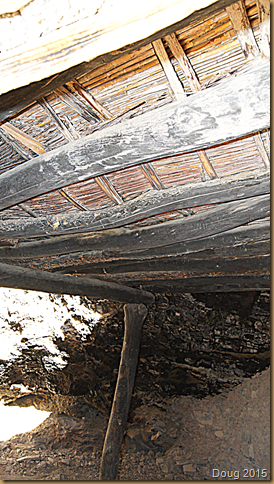 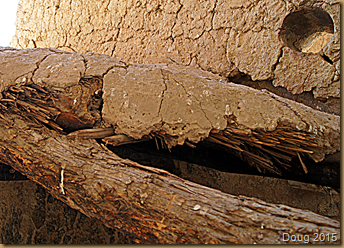 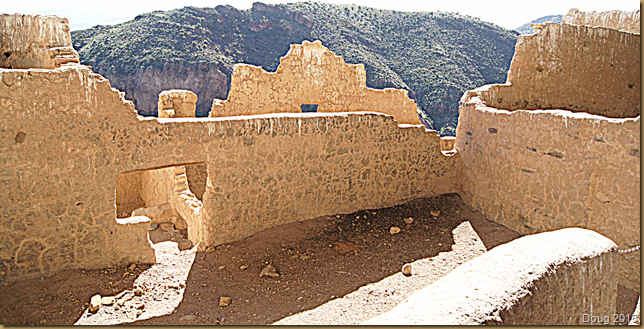 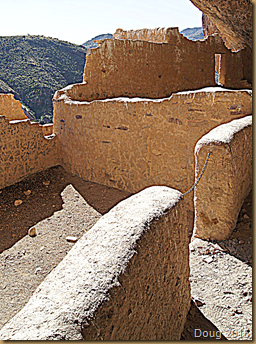 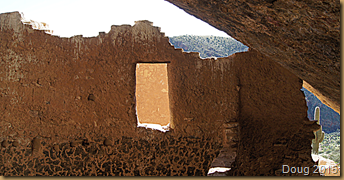 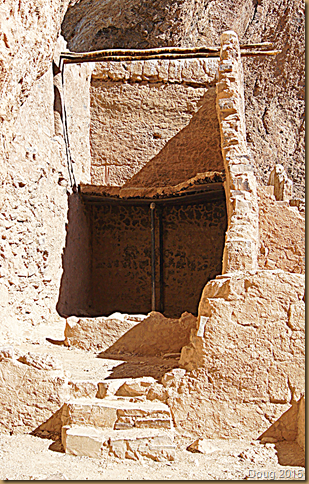 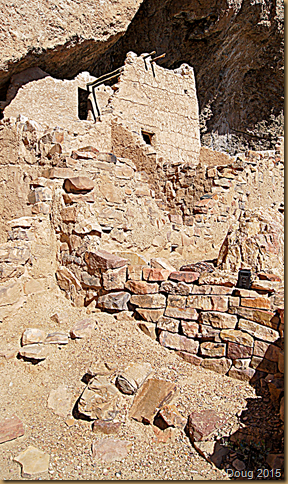 At the back against the cave wall, water would seep out, so they made a cistern to hold the water.  There was no water there now. 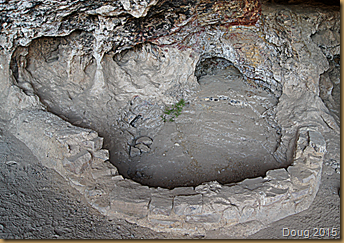 Once done with my visit, I hurried back down the mountainside.  While leaving the visitor area, there were cars and trucks parked all along the roadway leading down to hwy 188 and there were shuttles bringing the visitors up to the visitor center.  I’m glad I was there early so I didn’t have to go through that hassle.

I was back at the motorhome before noon and I had one happy dog waiting for me.  He had been just great.  The place was just as I left it, so he got two treats for being so good.

It was a very interesting visit.  I have never seen cliff dwellings until this week.