Opened up the blind above my bed this morning and all I could see was blue sky.  I knew it was going to be a beautiful day.

Fixed a big breakfast and took a walk just south of the camp to walk off the breakfast taking photos here and there. 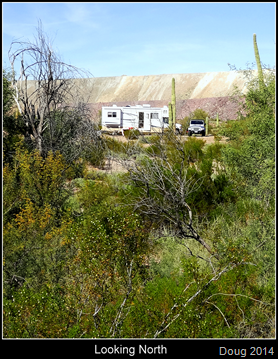 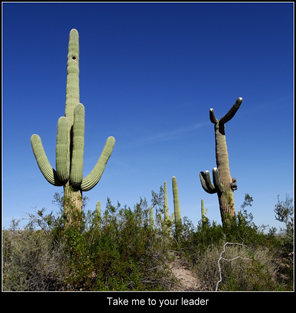 Four birds were watching me intently as I walked along. 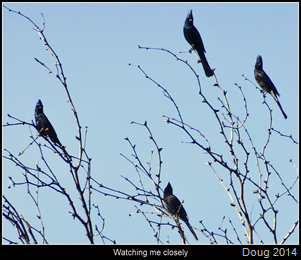 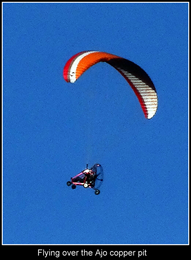 Caught this guy way up over the Ajo copper mining pit.  It is located between where I am living and the town of Ajo about four miles north of me.  You can see the huge pile of rocks that make up the outside of the pit in the first photo above.

After my morning walk, I went into Ajo and bought some bananas, bread and eggs.  I will need to get organized and write a grocery list like Dolly does and get everything I need at once instead of a little at a time.  This grocery and cooking thing is new to me, so it will take some practice.  I also through away the garbage I couldn’t burn and got four gallons of water.

After lunch I was sitting quietly outside writing texts on my phone when I happened to look up and this guy was no more than ten feet from me. 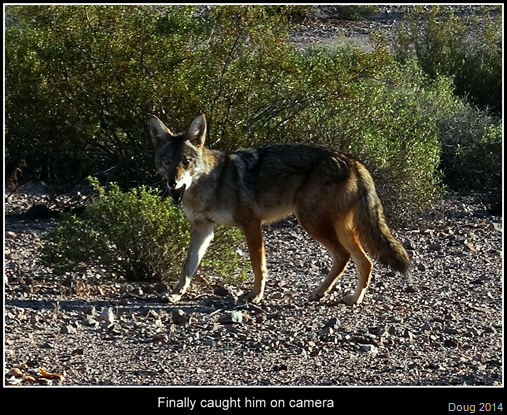 I have seen him come by a couple of times before, but never had my camera ready.  This time, I was ready. 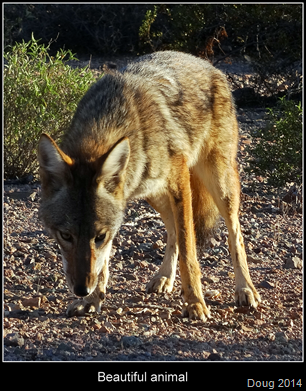 I think this is the same coyote that came around and got my undies several days ago.  However, as I was watching him, I noticed further out in the bushes staying mostly out of sight were two more coyotes.  I guess he is a part of their pack.  They stayed away, thank goodness. 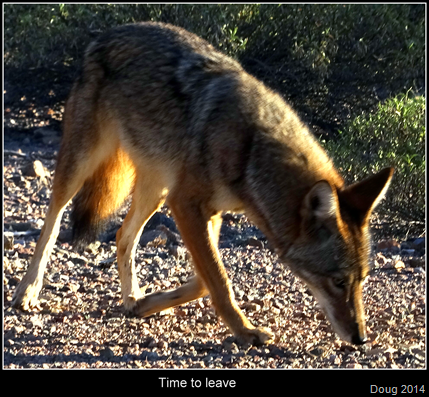 Dusk has arrived and time for me to go in and rest for the evening. 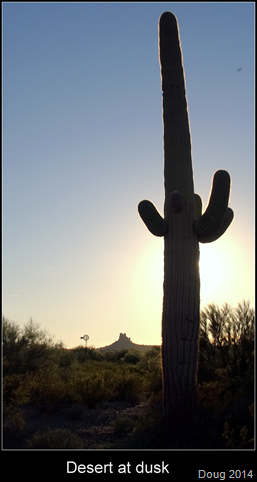