This morning, we woke up to partly cloudy skies and a promise of a very warm day.  Took my time going through the morning routines and as the morning grew warmer, I decided we would travel by Jeep in air conditioning, instead of hiking mountain canyons in the 80 plus degree heat.

The other day when we went to the Walmart store, I saw some abandoned houses along Salome Road South of Tonopah.  Today, we decided to investigate.

Pulled out onto Courthouse Road and looked to the West and I see nothing for miles. 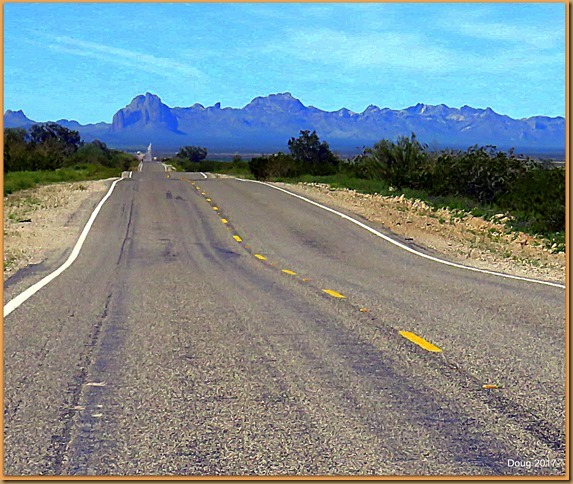 We drove about five miles to the abandoned homes and I saw three of shrines along side the road.  They do this quite a bit here in the Southwest.  I’m sure there is a reason, but I don’t know why.  Do any of my readers know? 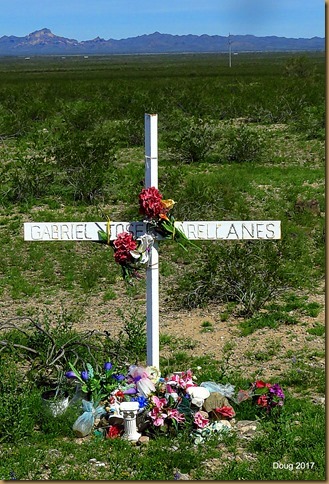 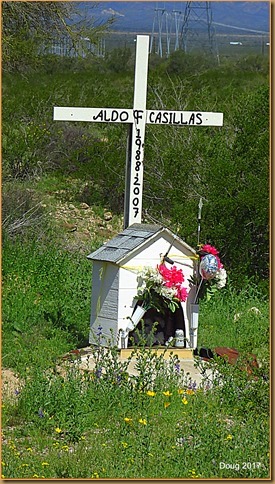 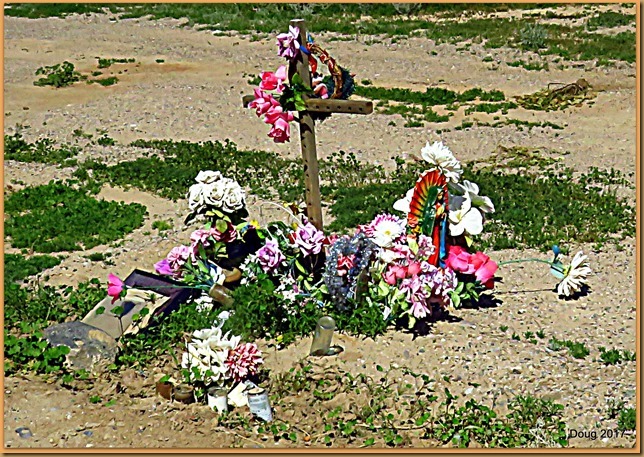 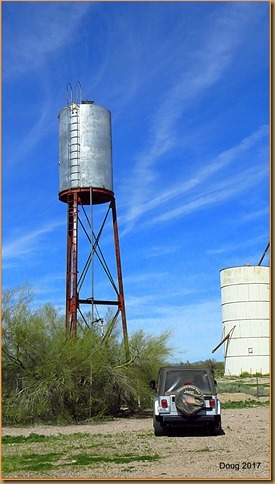 On the other side were what appeared to be homes and some work buildings. 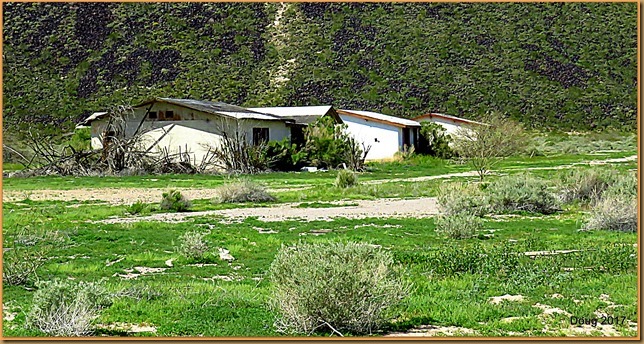 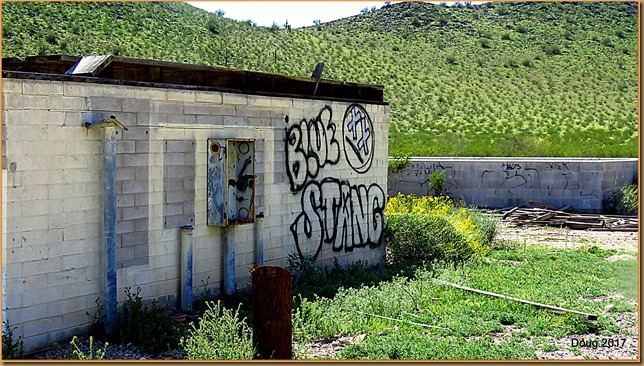 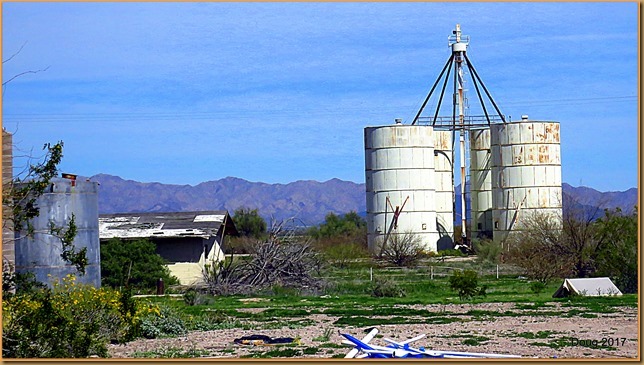 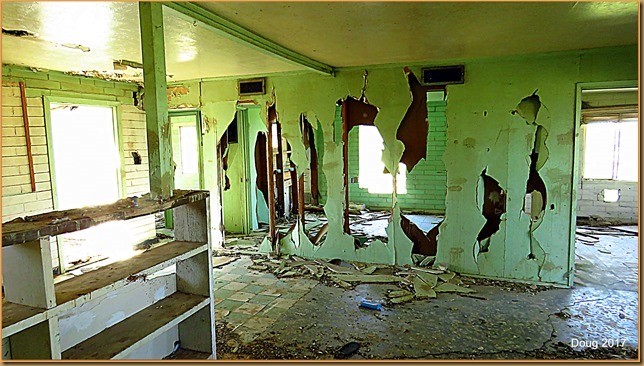 Looking through the bay window sans glass at the silos and water tower across the road. 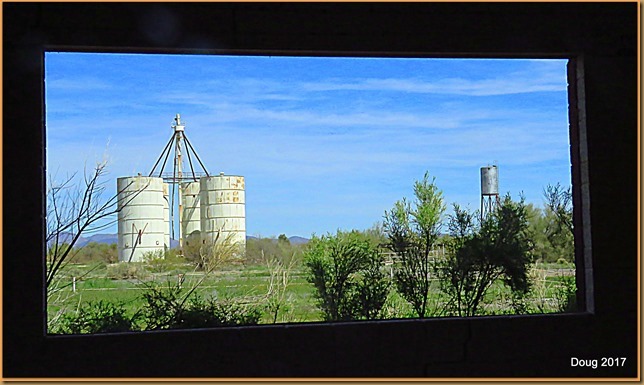 We had to run out of this house because the place was a beehive and the bees were attacking both Yuma and me.  Very aggressive! 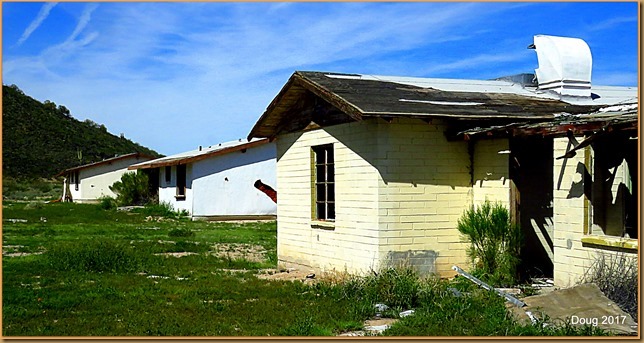 As we were walking back across the road, these two German Shepherds went into one of the houses to cool off.  Yuma wanted to play, but I was very nervous.   They weren’t aggressive in any way.  They went from one house to the next looking through them.

I can only hope they are just wandering around a place familiar to them and not abandoned too.  No collars, but that means nothing out here in ranch country.  Last I saw of them, they were heading to the hills behind the buildings.

Pulled back out on Salome Road to head home and was attacked by the Hells Angels.  Not really.  Just a bunch of motorcyclist enjoying the day.

Don’t need to go to Tonopah today, so we kept going straight West towards Saddle Mountain and home. 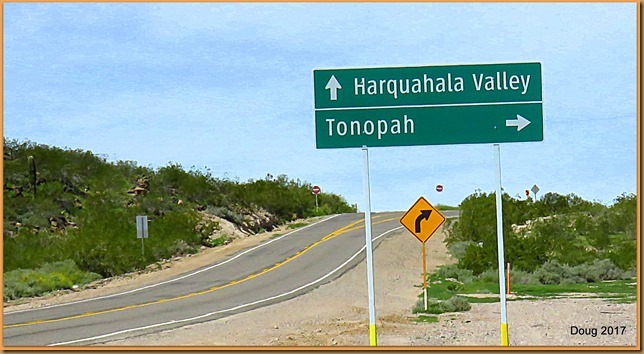 This is what Saddle Mountain looks like coming in from the East.  That hump you see on the far right is what I see from camp at the far East end of the mountains.  Close to where I hiked yesterday.  This is a large mountainous area.

Of course, I see a dirt road heading toward the mountains and off we go.  Not far along the road, we run into an abandoned mine.  I heeded the sign and made no attempt at dropping down and taking a peek inside. 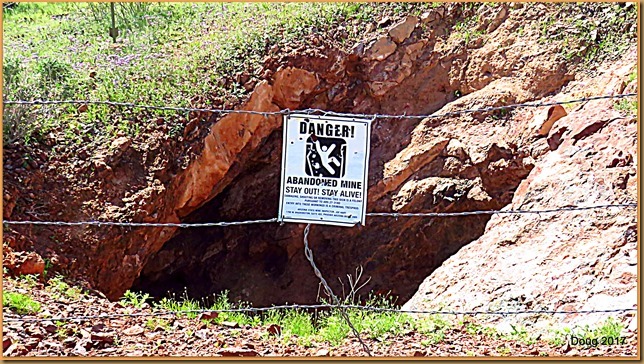 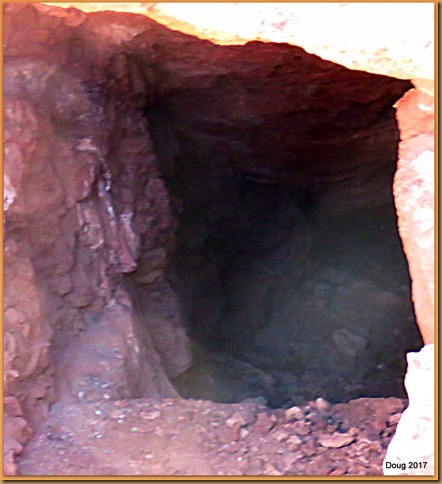 As we drove along the dirt road, I was hoping it would take us around the mountains and into the BLM land we are staying.

Unfortunately, the road ended at the base of this mountain.  I assume people hike to the top of it, but we won’t be doing that today. 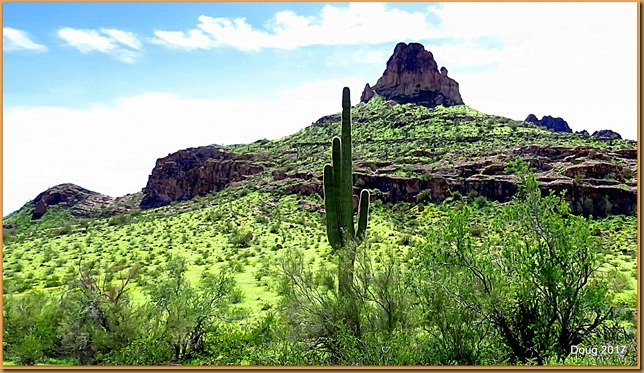 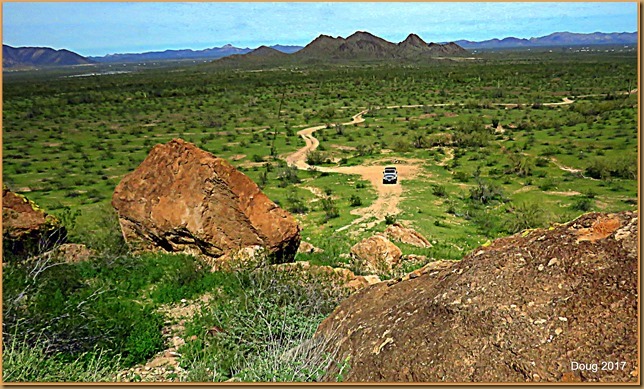 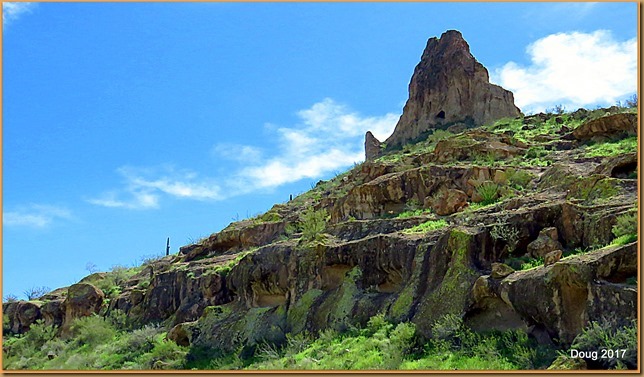 Yesterday, Roland, the man that told me where the petroglyphs were, sent me an email.  In the email, he mentioned he used an app on his phone named Topo Maps.

There is a free version out on the App Store.  I downloaded it and tried it today.  Not comfortable with it yet, but it uses GPS to track me.  It displays the topography of where I am, so I can see what the terrain looks like around me.  It keeps a trail of where I am going.    Also displays trails and roads.  Maybe I won;t get lost in the future if I remember to use it.  Thanks again, Roland.

Tonight is the first showing of Survivor, my very favorite TV series.  Dolly has been kind enough to allow me to switch local channels from Bloomington to Phoenix for the evening so I can watch it on CBS.

The sun glowing on our site as the Sun sets.