Jeeping around the San Mateo Mountains

Walked Yuma up the road this morning to get a view of San Mateo Peak.  We are in a valley and can only see the top of it from the RV.  Saw an antelope briefly, but Yuma saw it first and both were gone in a second.  Unfortunately, I didn’t get a picture and Yuma didn’t catch up with it. 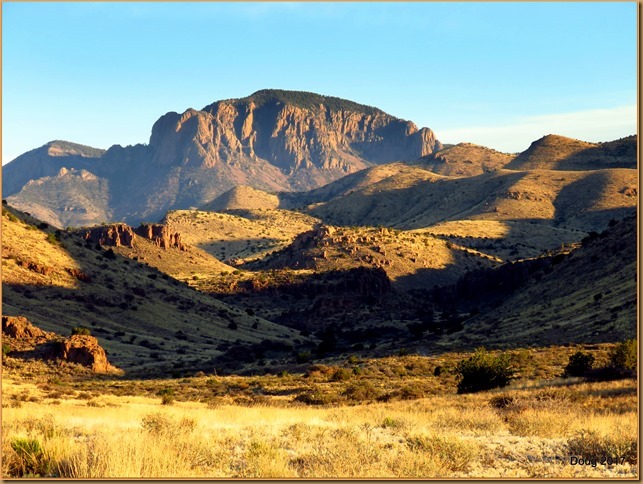 While eating breakfast, our neighbor who owns the cattle around here, stopped by to say hello. 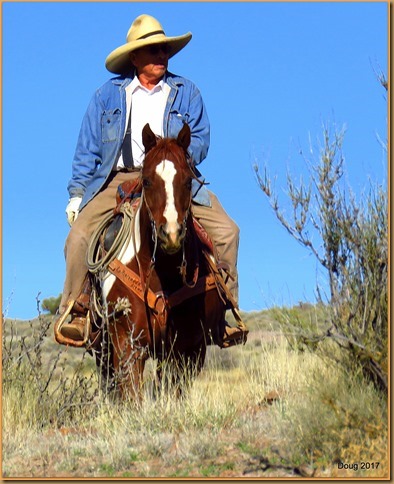 He was out looking for a few stray cows and asked if I had seen any.  As a matter of fact, I had.  When Yuma and I were walking, several disappeared over the hills nearby.  I told him where I saw them and he headed off to round them up. 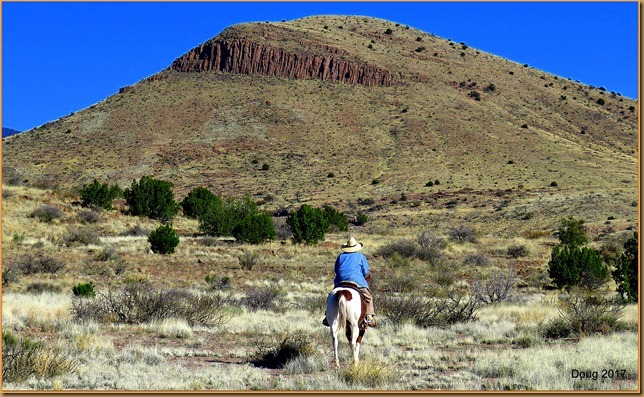 After breakfast, Yuma and I decided to continue on road 139 and see if we could find the illusive Springtime Campground. 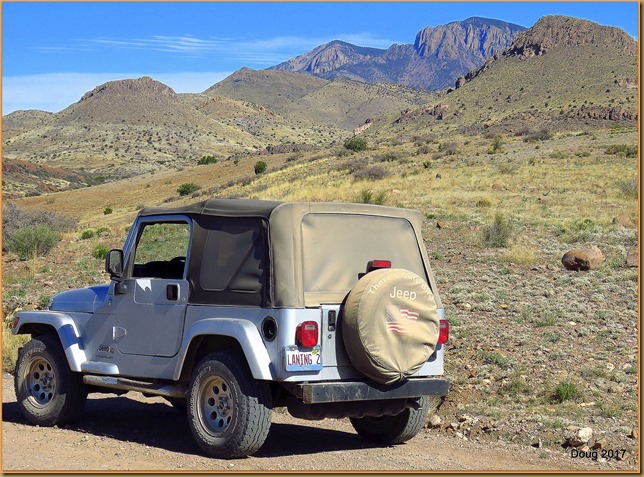 We went about three miles and came to a fork in the road.  We turned off 139 to 225 heading for San Mateo Peak.  I believe Monticello is a village.  May check that out tomorrow. 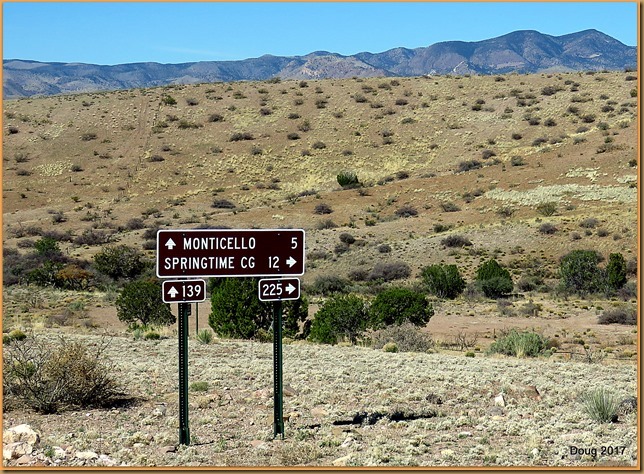 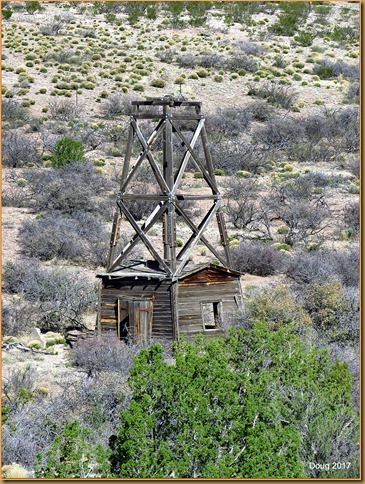 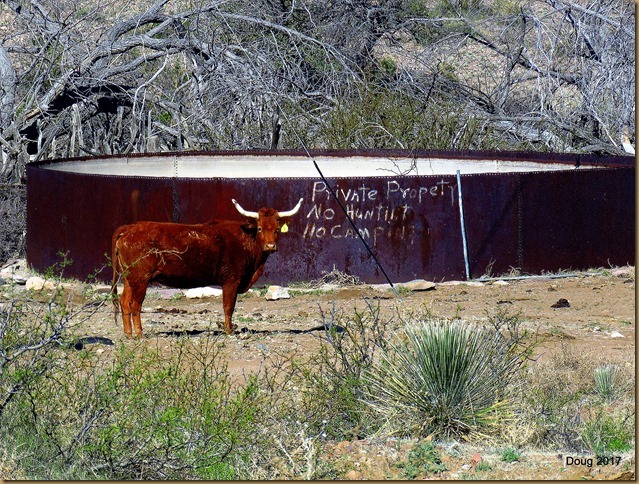 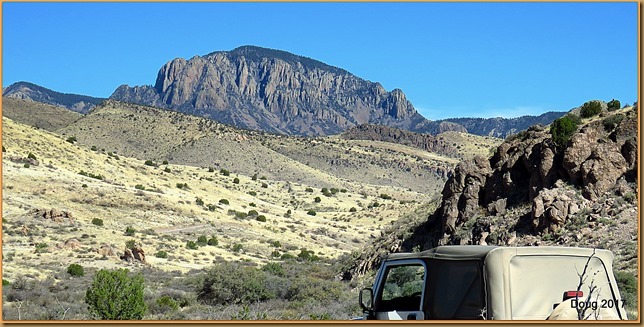 This is looking back the way we have come.  We’re camped behind the mountain on the left. 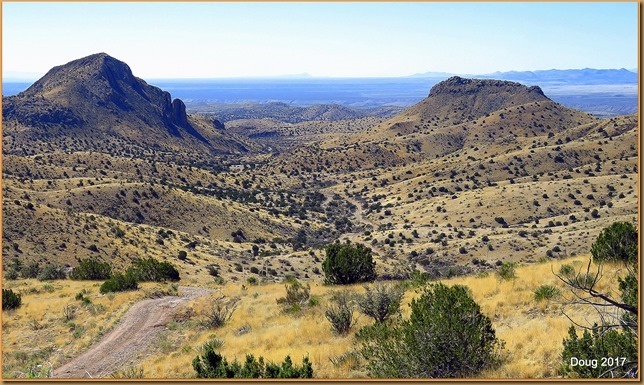 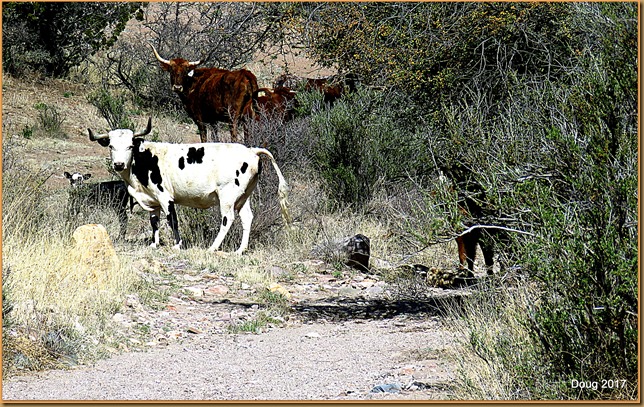 The road is rugged and definitely not meant for any kind of RV.   A truck camper or tent campers with a four wheel drive vehicle.  We kept going up the mountain till we reached Luna Campground.  There was one rock at the campground that had morteros dug into it.  A sign said five miles to Springtime Campground. 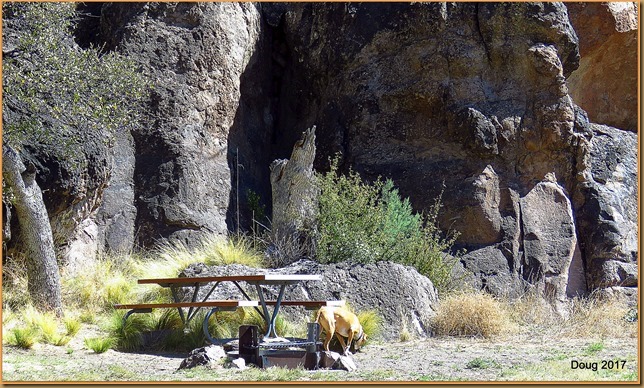 We kept going.  This was the longest five miles I have ever been.  The road went up and around the canyons.  It was so steep at times, I had to put the Jeep in four wheel drive. 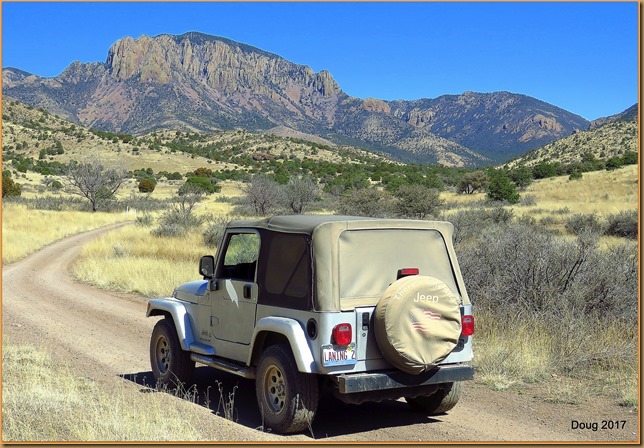 Finally got to the top and as I looked over the crest, I could see we were heading down into a canyon far below.   I thought about turning around at this point, but the road looked safe to travel, so we kept plugging along.  Still no Springtime Campground! 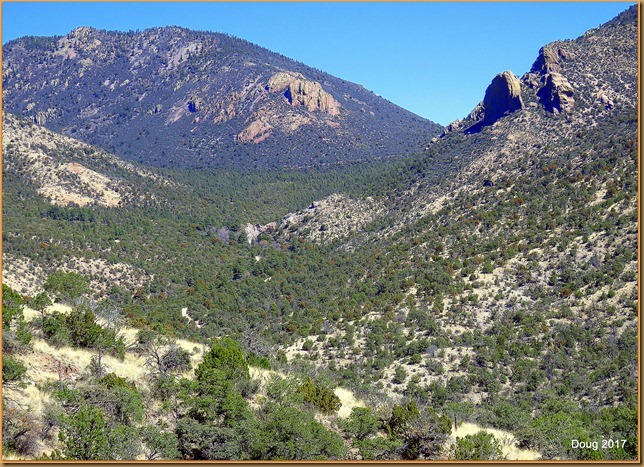 This is as close as we came to the San Mateo Peak.  From here we, started heading East (to the right). 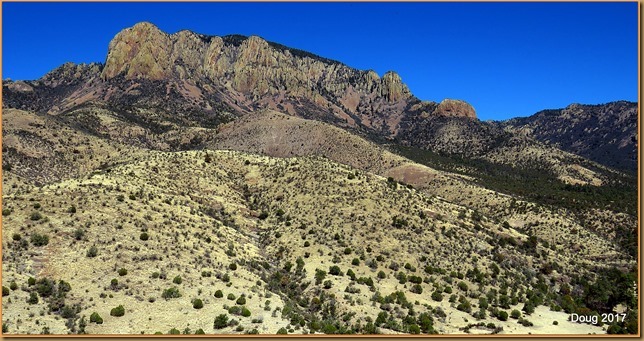 Began to get into large Fir trees and Pines. 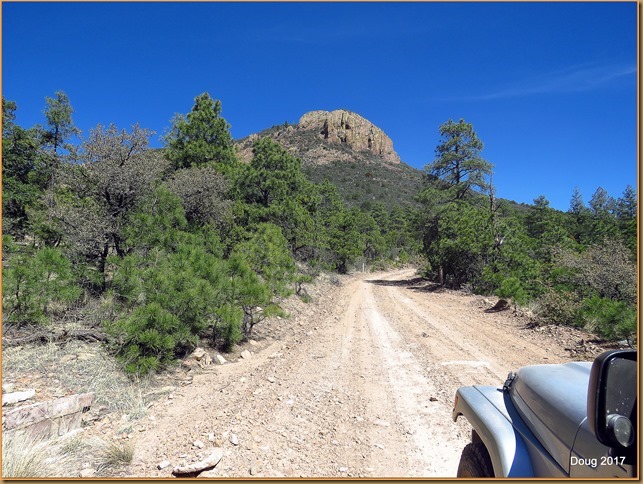 Had to stop for this guy.  He thought if he was real still, I wouldn’t see him.  Thank goodness I did or he would have been flattened.  It is a king snake or rat snake, about four feet long.  Very pretty snake and non-poisonous. 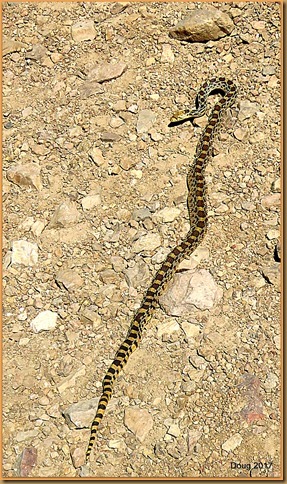 Urged him a little and he was on his way.  I grew up around snakes, so I know which ones to look out for. 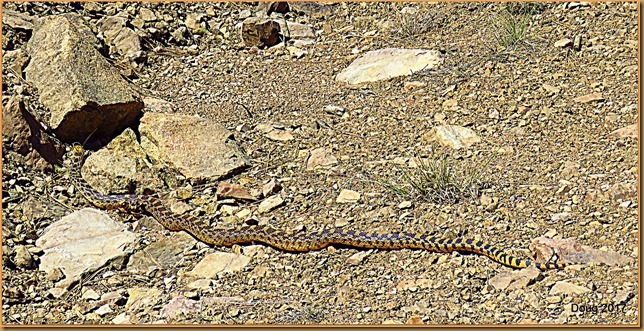 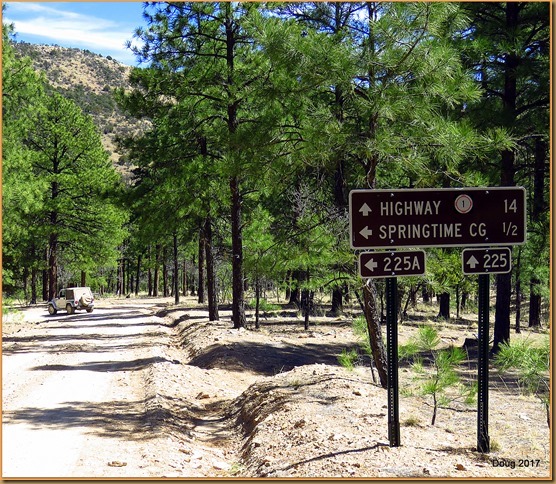 Because, my Internet is very slow, I’m going to continue this Jeep excursion into tomorrow night’s post.  At least we know there is a Springtime CG!

Plus, it is time for Survivor!