When I went to bed last night around 9 p.m., I thought it was going to be a noisy night.  Generators were buzzing everywhere in the parking lot.  But, around 10 o’clock, everyone shut down and it was very peaceful.  Had a good night’s sleep after all.

Woke up at 7 o’clock anxious to get on to my new destination.  Only had one coffee and not sure I got all my blogs read.  Had cereal instead of bacon and eggs.  By 9 o’clock I was moving.

Had things to do before leaving for my boondocking home.  Only have 50 miles to drive today.  Stopped by Fry’s Grocery store and got the few things I needed.  Very nice store.  Like it much better than Walmart.  Got Fry’s gas at $2.20 per gallon.  Good deal!  Filled both the MH and Jeep.

We were on the road by 11 o’clock.  Drove straight East on Valencia Road all the way to I-10.  Jumped on I-10 for 16 miles and took the exit for the scenic Sonoita/Patagonia hwy 83.

Wasn’t long before I was driving higher into the foothills into the plains.  Called for a high of 87 in Tucson and 77 in Sonoita.  Much better. 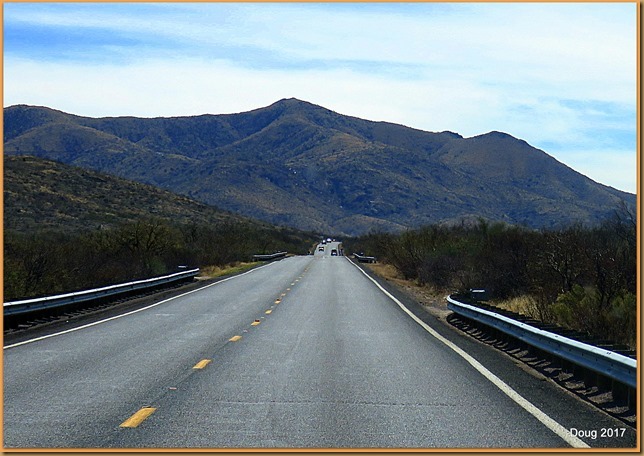 Lost all the desert green and now I’m back to brown.  Oh well!  About 16 miles down hwy 83, I turned left at Empire Ranch Road.  I’ll be visiting that ranch soon.  Now Yuma and I are in grassland country.

This is the Las Cienegas National Conservation Area. 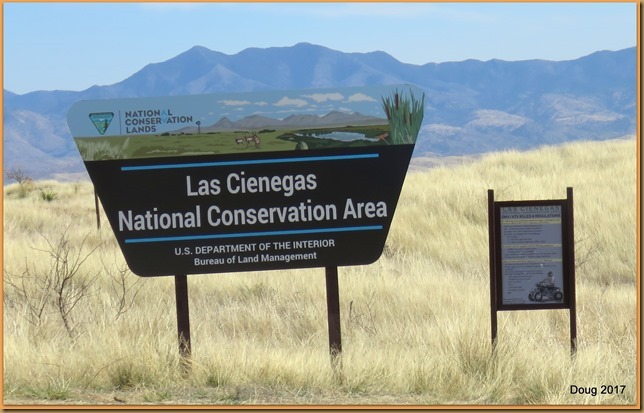 Yuma and I jumped out and read the sign and maps to find where we wanted to camp.  Yuma didn’t know what to make of all this high grass.

With the directions Al gave me in yesterday’s comments, I was able to find a camp very quickly.   Didn’t take long before we had camp set up and taking photos.

Those are the Whetstone Mountains directly to our East. 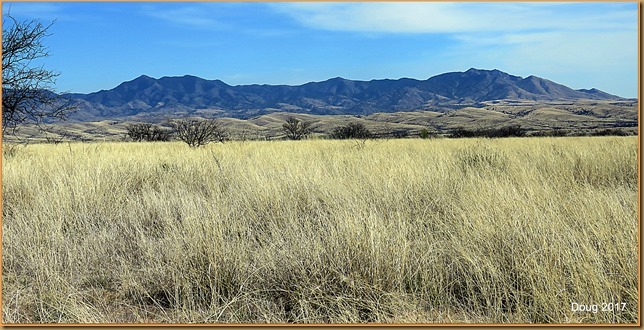 The Mustang Mountains lie Southeast of here.  Looks like a little smoke on the southern end. 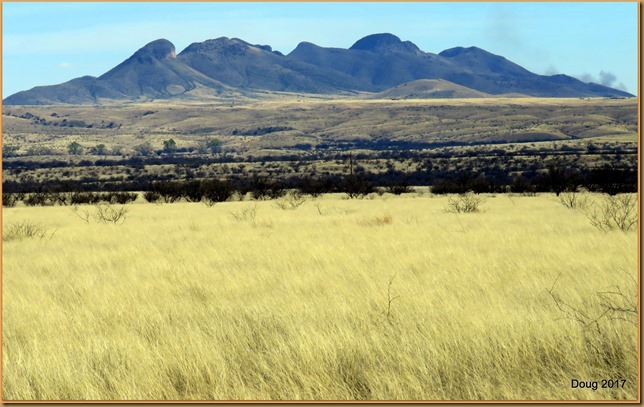 The snow-capped Santa Rita Mountains to our West.

I’ll be darned.  Turned back around and the Mustang Mountains are on fire.  It is a long way off, so should not be a problem for Yuma and me. 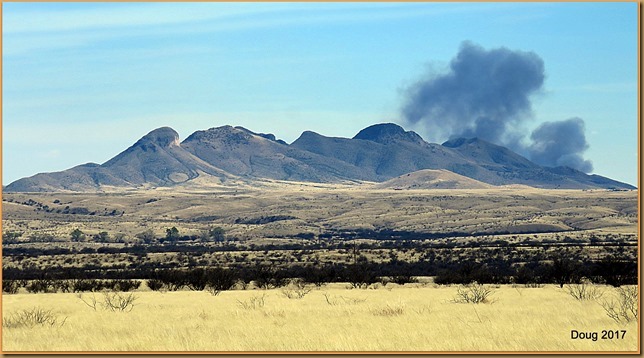 There’s where we are camped with the Whetstone Mountains in the background.  Going to be a full Moon coming over those mountains some time this evening, and I mean to catch it.

Looking at Al’s photos of Travel With the Bayfield Bunch back in late February, Yuma and I are in the exact same site they were in. 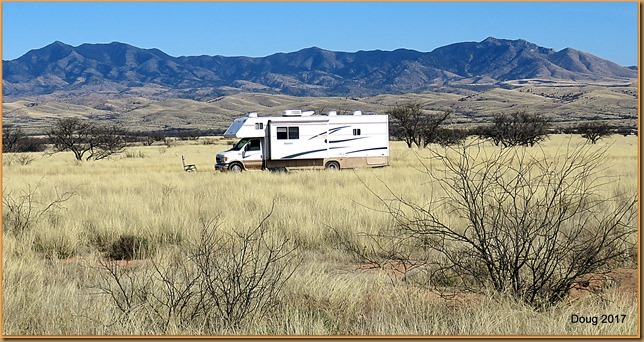 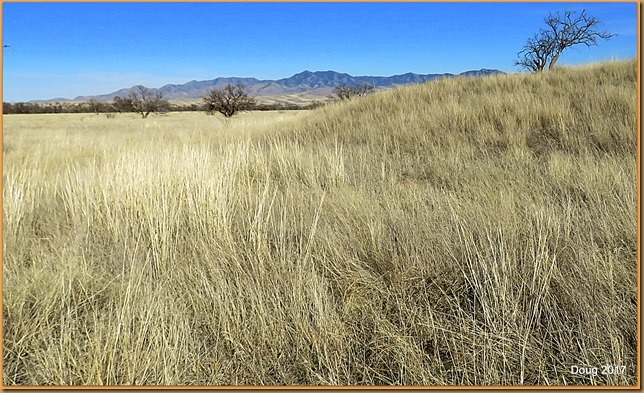 Hey Dad, are these prairie dog holes or gopher holes?  I sure don’t know, Yuma.  Doesn’t look anyone’s home.  Maybe we will meet someone later.

Yuma wouldn’t go too far ahead before turning around to make sure I was still there. 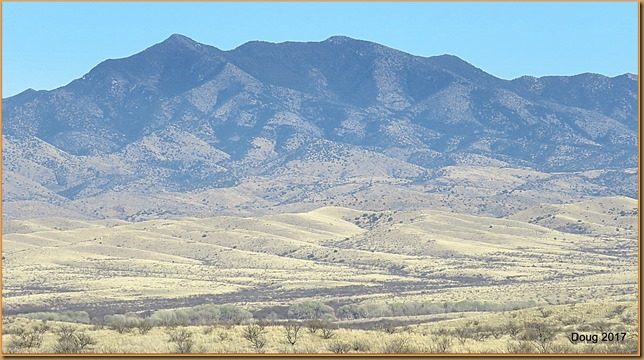 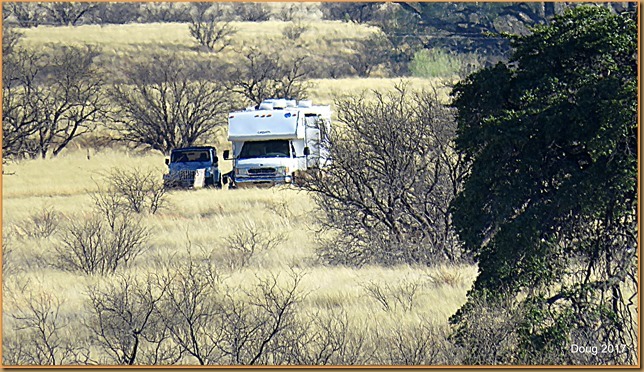 Yuma is getting used to the tall grass.   High-stepping right through it now.

With his coloring, I could hardly see him in the grass.

Late this afternoon, the Mustang Mountains were clear of smoke, so guess there is no problem.

Getting late back home, so better not wait any longer for the moon.  If I get a good shot, I will put it in tomorrow’s post.