I had the best sleep last night at the Love’s Truck Stop.  I must have been tired, because I never heard a thing till I woke at 6:30 ready to get up.

Spent a couple of hours on my breakfast, reading blogs and then we were off at 8:30, heading East on I-40 again.  My plans are to drive to Oklahoma City, 350 miles from here.

Much better day than yesterday.  It is warm with bright sunshine and no WIND! 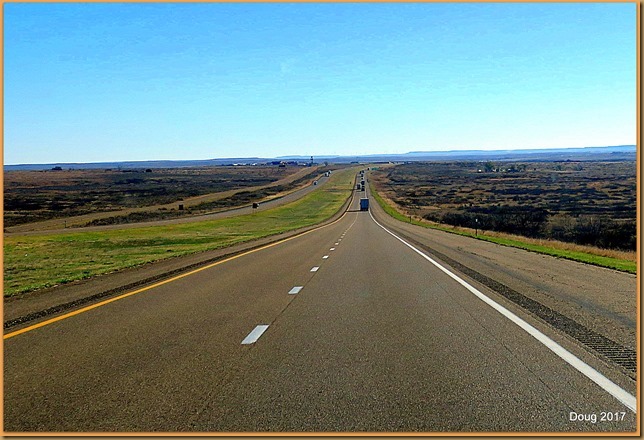 Only 15 miles to the New Mexico border and we’re in the Texas panhandle. 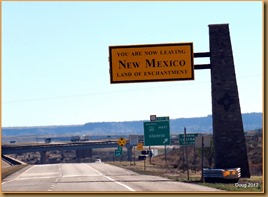 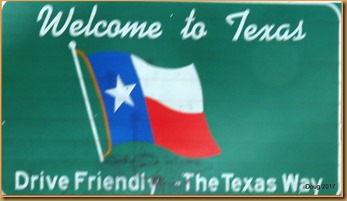 The drive was mostly mundane until I got about five mile West of Amarillo, Texas.  I knew there was something I wanted to see, just wasn’t sure where it was.

Back in 2007, I stopped at Cadillac Ranch and I wanted to make a ten year reunion visit, so I was looking for it.  There are no signs.  You have to look for cars parked in a field just off the interstate.   I saw them, so I knew it was at the right place.   Why else would cars park in the middle of nowhere.

When I saw it, I drove to the next exit where the Cadillac RV is located and stopped there to take a few photos. 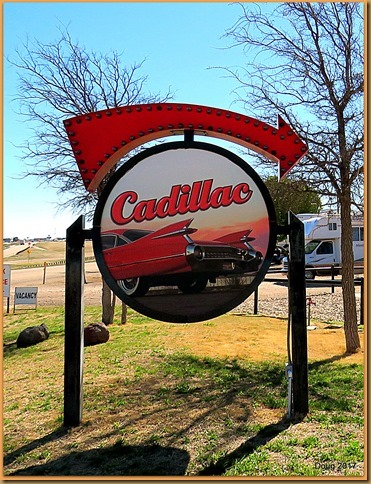 Then I drove back west on old Route 66 about a mile and there they were.  Ten Cadillacs sticking up out in a corn field!

Kids were painting graffiti on the pavement of Route 66. 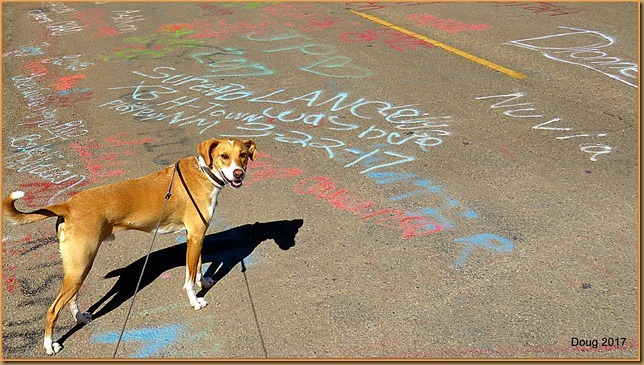 The painted gate into the corn field. 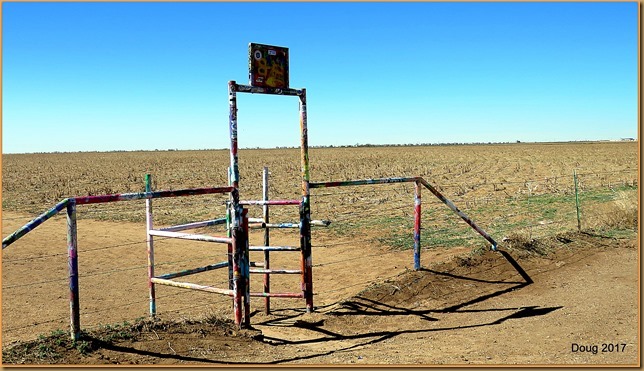 These cars have been painted over a million times over the years. 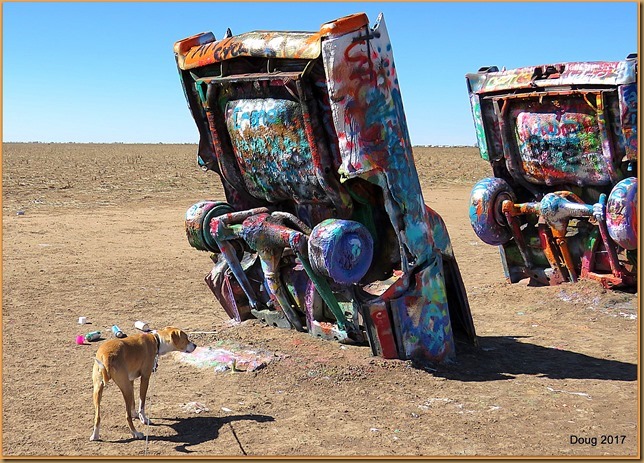 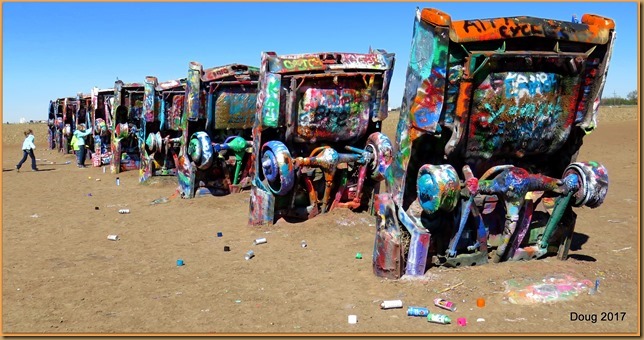 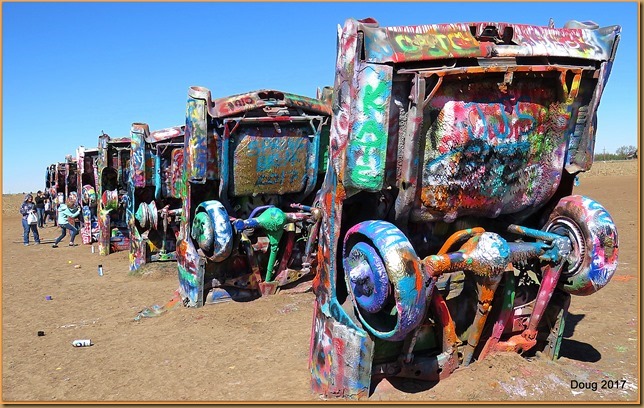 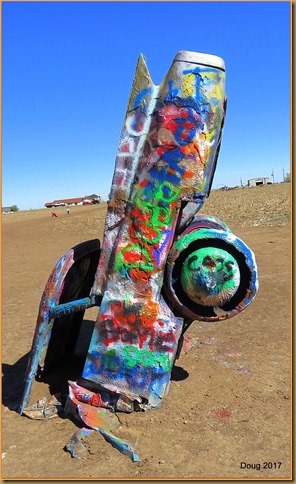 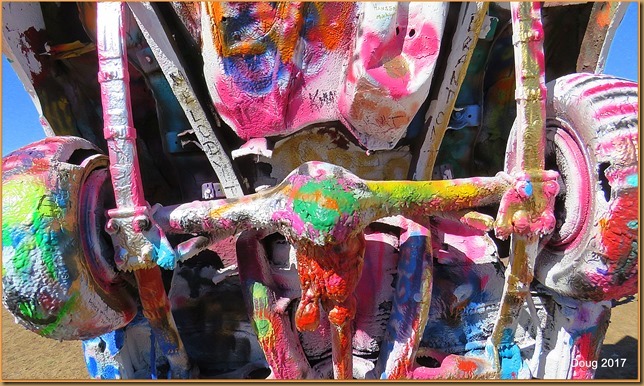 Yuma is a big hit wherever he goes.  All the kids wanted his photo and autograph! 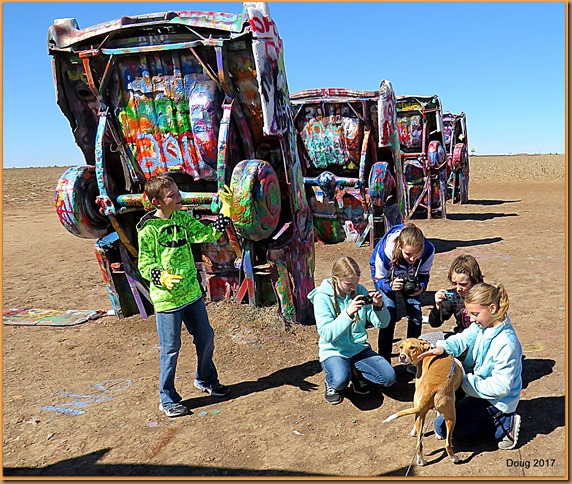 Kids bringing boxes of paint cans.  This is a regular party! 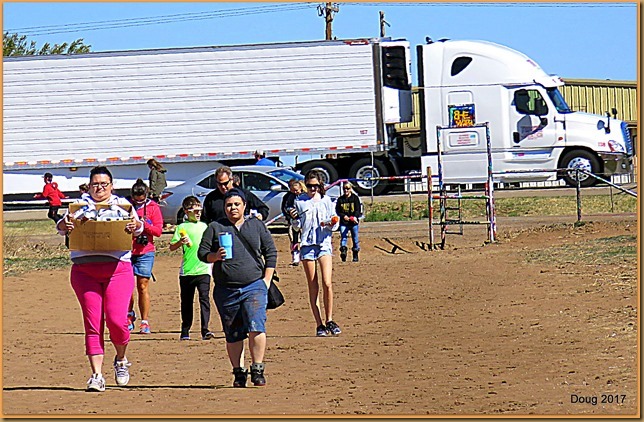 That was fun.  A few years ago when I passed this way, I missed them thinking they were on the East side of Amarillo.  Have to do it again in 2027.

See these large crosses everywhere I travel.  Never have stopped to find out why they are there.  Don’t see leaning towers everywhere though. 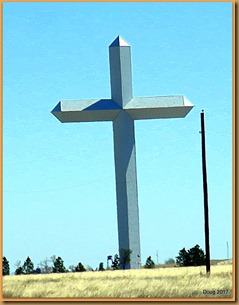 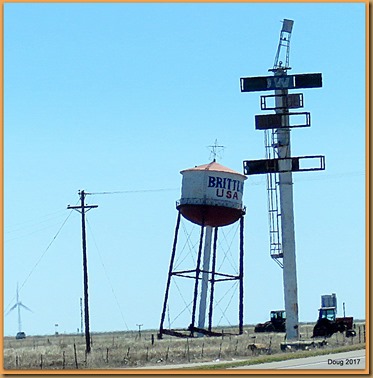 Just another pretty ranch in Texas.

Must have missed the sign to Oklahoma, but about 50 miles in, I was tired of waiting for a rest stop, so we pulled off the interstate and stopped at this abandoned gas station and had our lunch.

While eating, a highway patrol car came up the ramp, sirens and lights going and went over the bridge and back down the ramp and back on the Interstate heading east with his engine roaring.  Thought to myself, he’ll never catch that speeder.  He has too much of a head start.  If, he does, may see them down the road.

I don’t know what kind of vehicle this is, but it was sitting at the abandoned gas station. 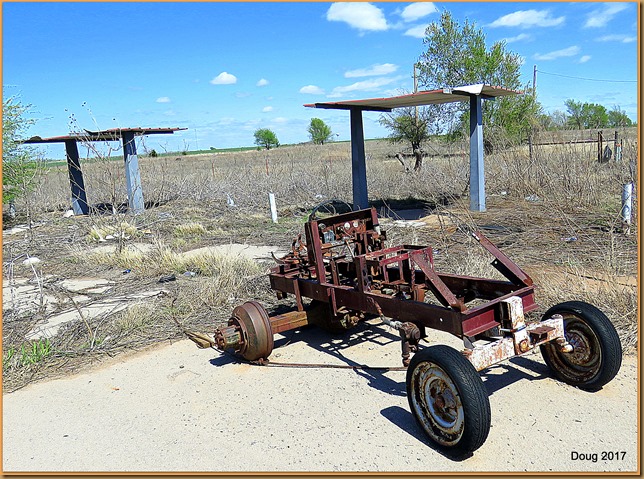 We didn’t make it ten miles before I had to slam on the brakes.  There was a line of trucks and cars in front of me coming to a full stop.  Now, I know why the siren.  Accident ahead.  It must be a bad one, because emergency vehicles and trucks with lights and sirens were heading the other direction at a fast clip. 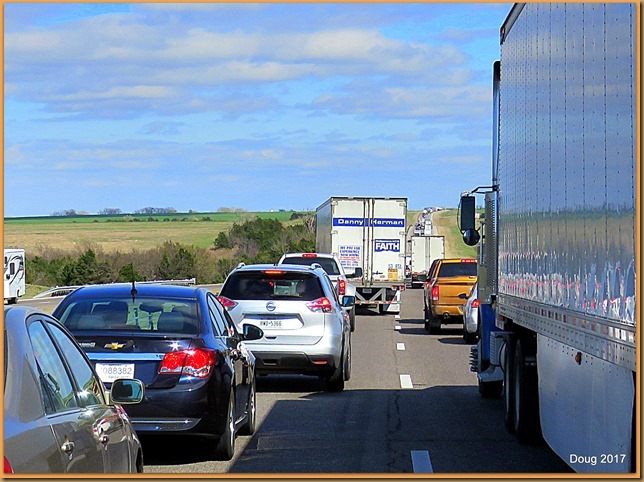 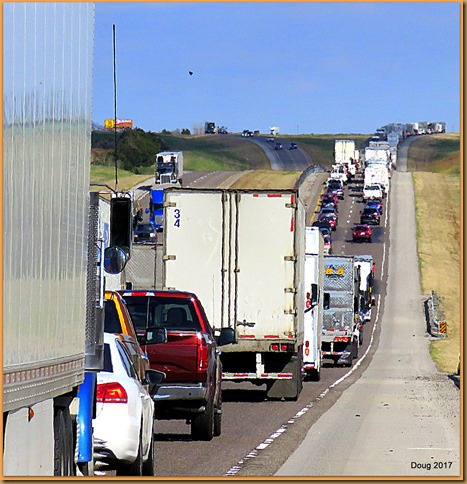 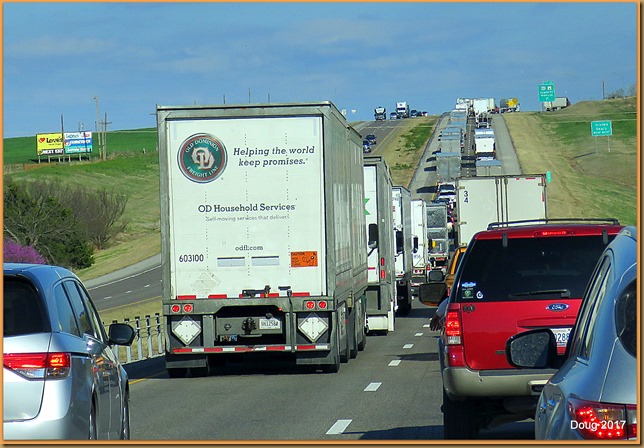 When I got out of the RV to take photos of the line, I took the following one looking back with my zoom.  It wasn’t till I was editing this evening that I saw there was an accident behind us when someone couldn’t stop in time.  So we have one in front of us somewhere and one behind us too.  This will surely make the news.

We moved along at a very slow stop and go clip for about an hour.   I finally left the line of cars and trucks at the first exit we came to, so I never did see what happened up front.  Took a few soothing pics as we slowly creeped along. 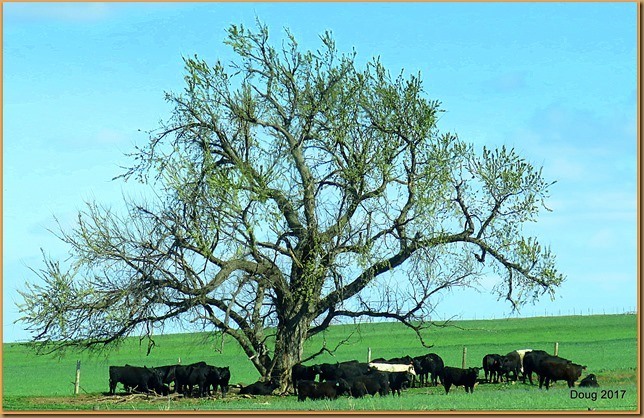 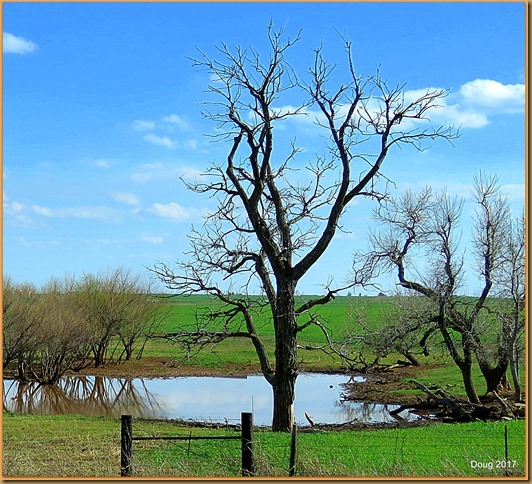 The site I have here at the Walmart is just beautiful.  I’m at the back of it next to some trees with a large field to the west of me.  I will sleep good tonight! 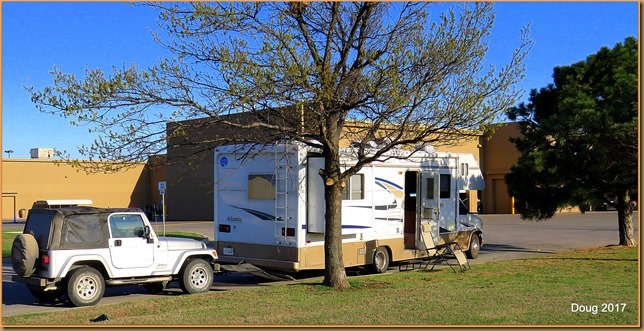