This morning, I woke up still stiff and sore from yesterday’s hike up and around Palm Canyon.  The sun was having a hard time peaking through the clouds, but there was blue in there too.

Looking to the West a little later on, there was definitely blue skies coming this way. 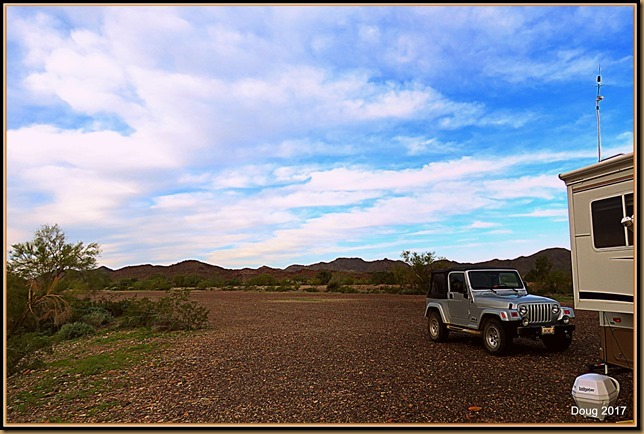 Slowly made it through the morning and Yuma and I decided to stay near camp today.

While burning trash, I heard a chirping and looked up and there were two Gila Woodpeckers, a female and male in a cactus not far from my MH.

On my trips into Quartzsite on Plomosa Road, I’ve seen several roads leading off into the mountains South of my site, so we decided to do a little exploring to see where they led.  Took off in the Jeep and turned South on a dirt road about a mile from the site.

It wasn’t long before we dropped down into a wash used mostly by ATVs. 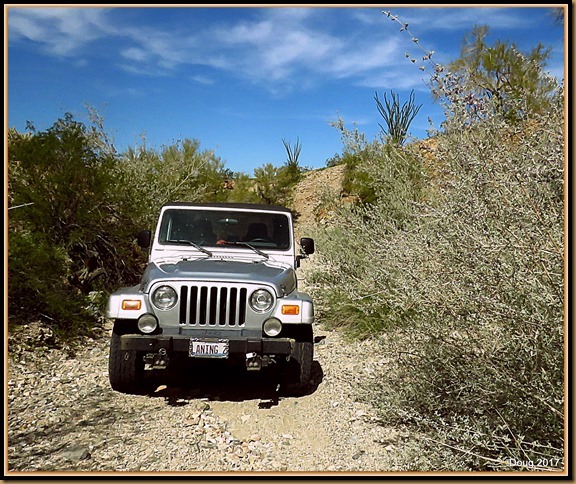 Kind of tight for the Jeep. 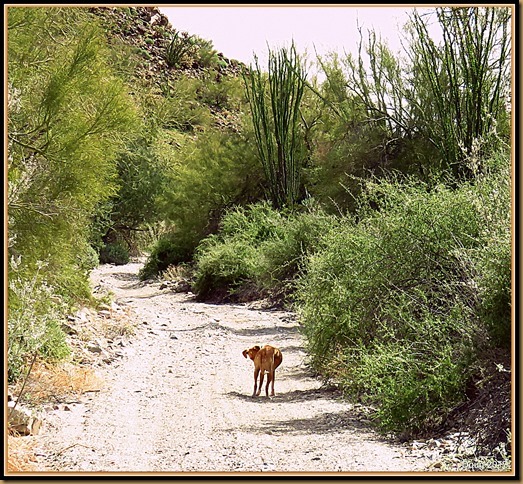 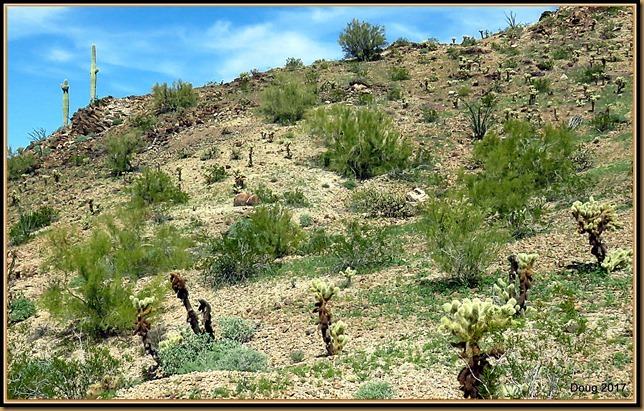 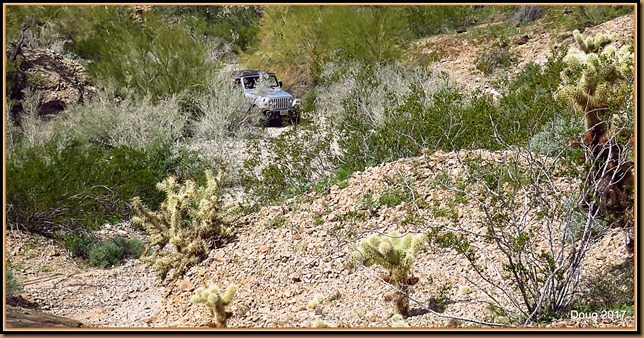 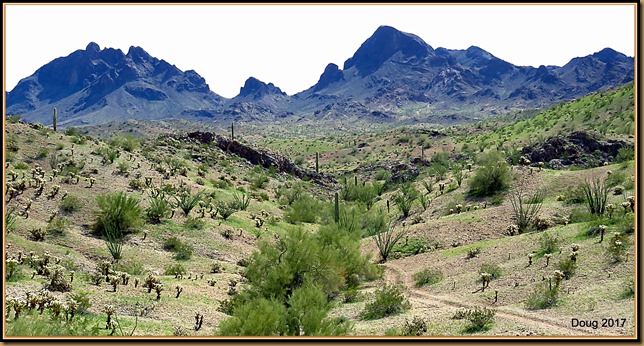 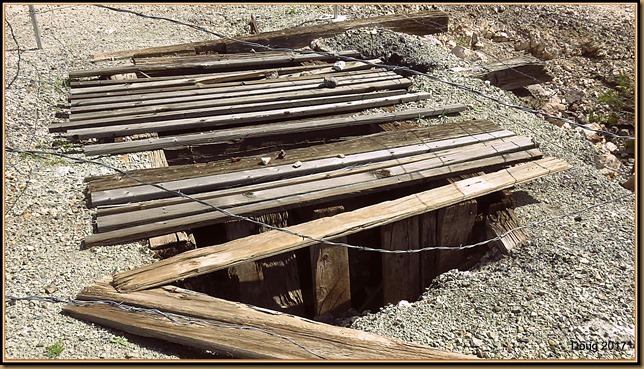 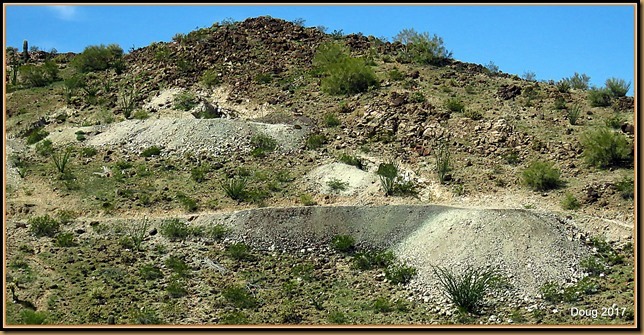 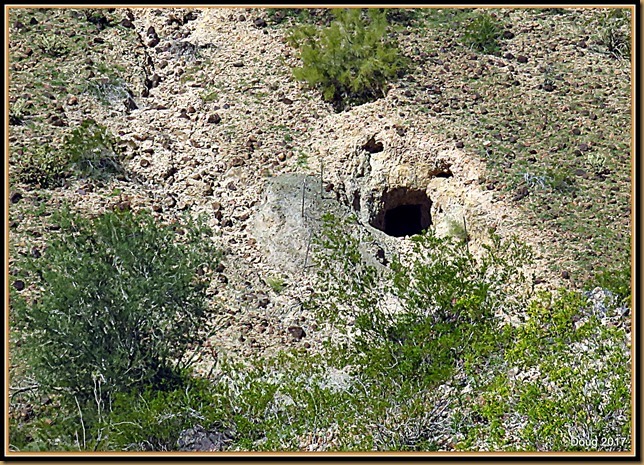 The ground was filled with purple flowers with little yellow ones splashed in. 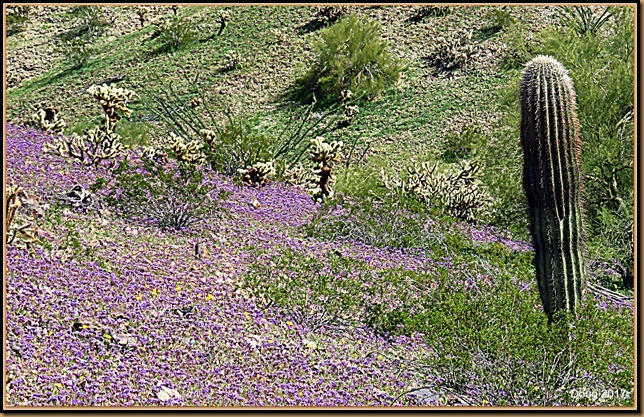 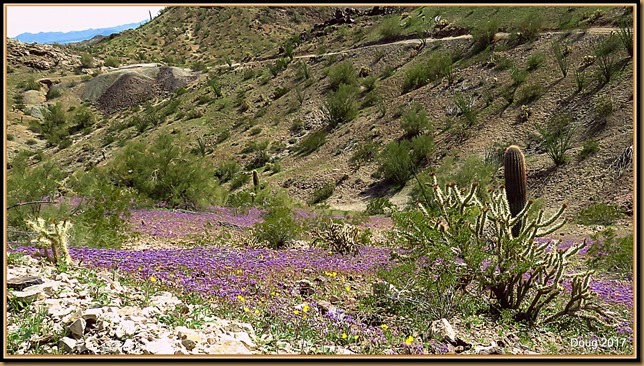 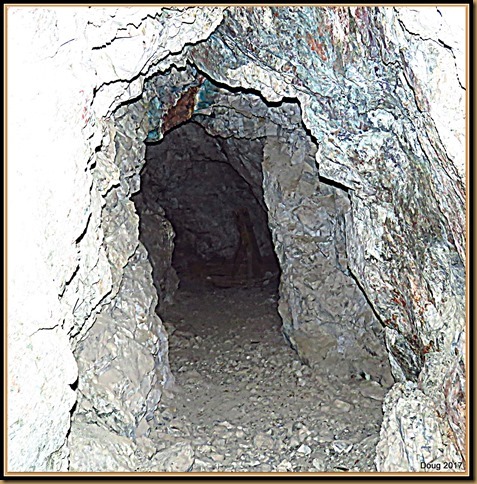 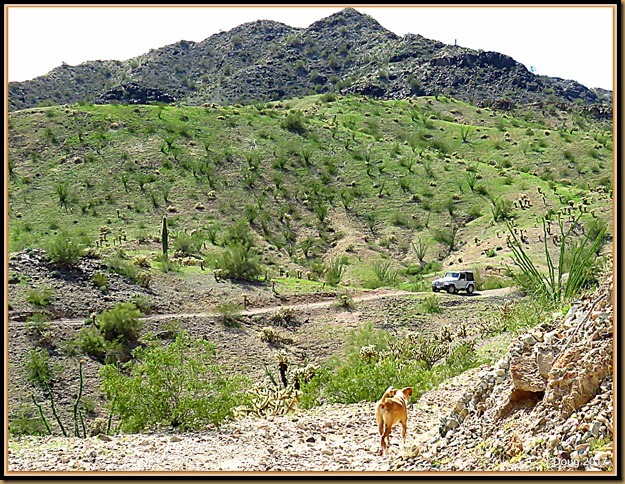 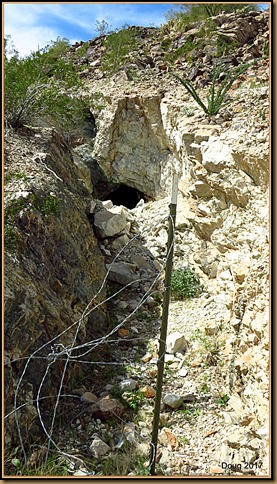 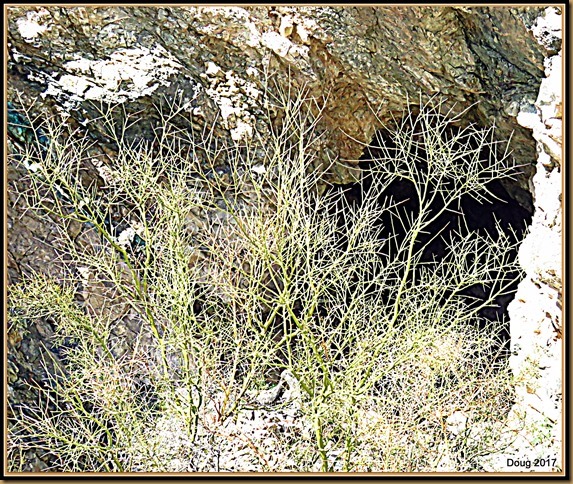 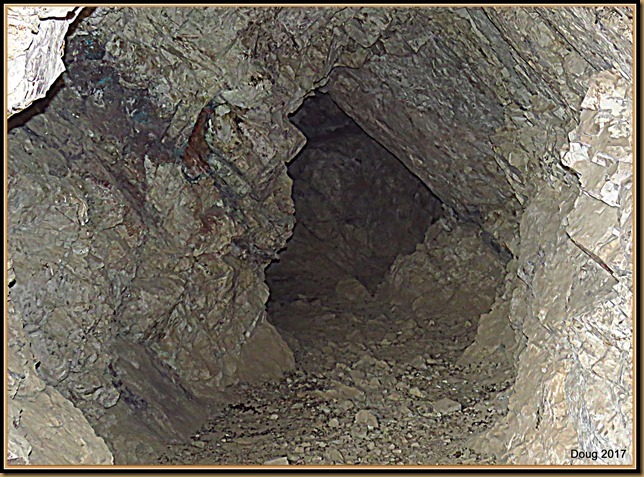 We had to stop walking to the mines because there were so many Cholla Cactus, Yuma was having a fit.  Here he is trying to pull them out with his teeth.  He and I had a battle trying to get them all out. 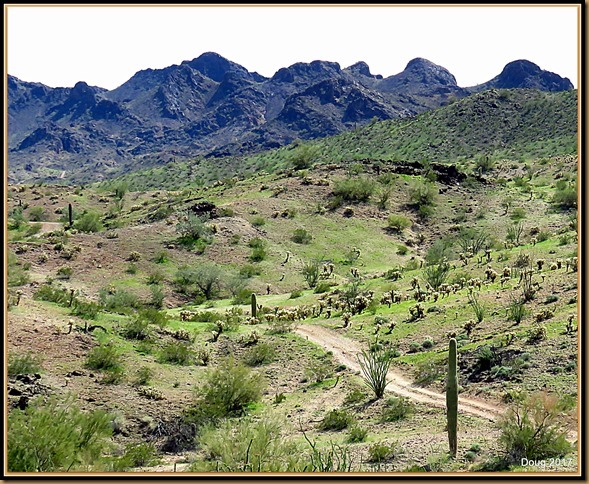 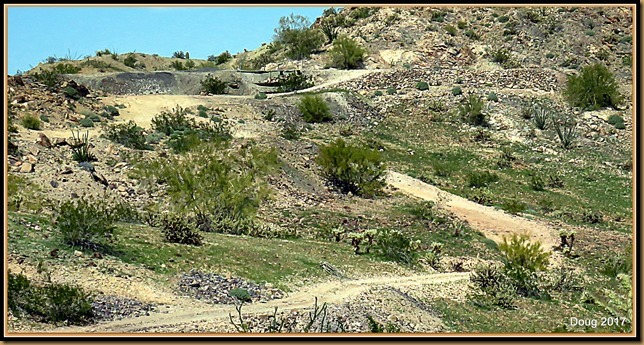 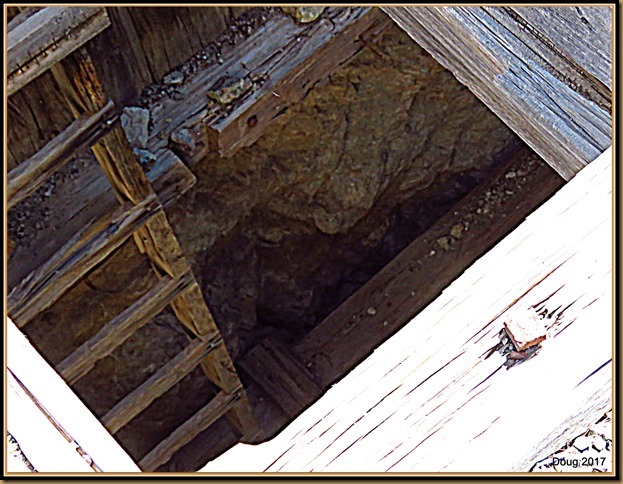 When we popped out of the wash, we could see the RVs dotting the countryside.  Ours is out there nearby and that’s where we’re headed.  I promised Yuma no long bumpy rides today, so we called it an early day.  Home by 3 o’clock. 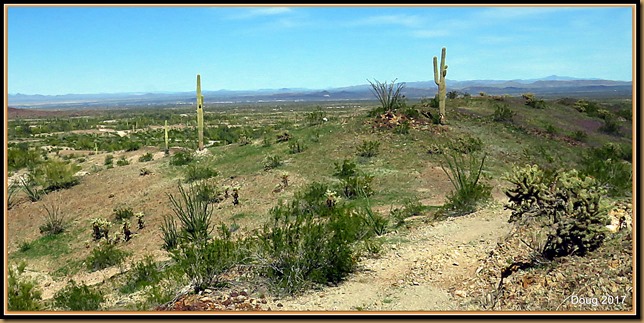 Time for dinner and get ready for Gold Rush tonight.