I was out of bed by 8 o'clock this morning.  It was already getting quite warm when I took Yuma for his walk.  We are staying right beside the American Girl Wash, so we just walk along it.  All three of us are parked next to the wash.  Shane and Cathy's trailer in view. 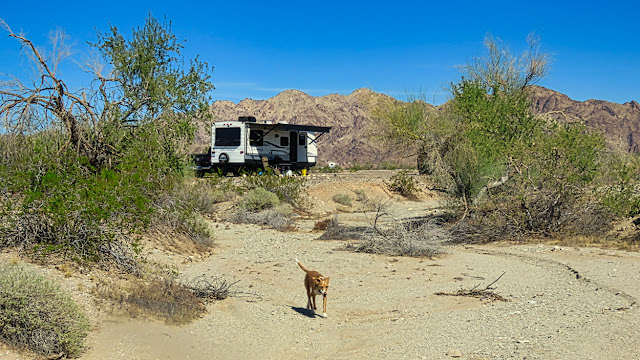 After breakfast I put sweetener in the hummingbird feeder and hung it on the awning but never saw any activity while I was home. 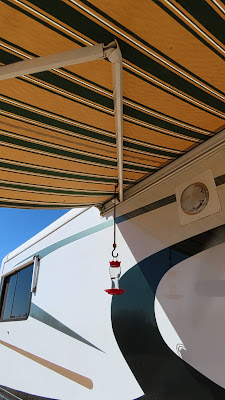 Even though it was mid sixties this morning, it felt very hot to be in the sunlight.  Yuma and I went over to Tom and Deb's to have morning coffee.   After that I came back and placed my mat, table and lounge chair outside and that was it.  Time to sit in the shade and rest a bit.

At around 2 o'clock Tom stopped by and said the gang was ready to meet at the tent for the big game.  When I went in the tent I was amazed at the large snack table Cathy and Shane had laid out. 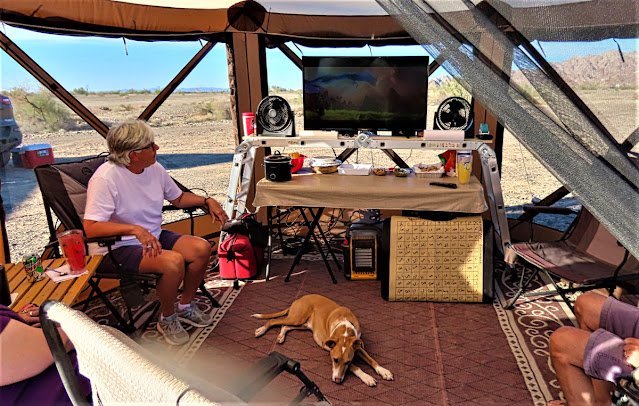 The tent was all set up with chairs and a huge 40" TV ready for the Super Bowl.  We sat around talking and watching the game until half-time and then as the sun was setting we had our dinner of baked beans and delicious ribs with potato salad. 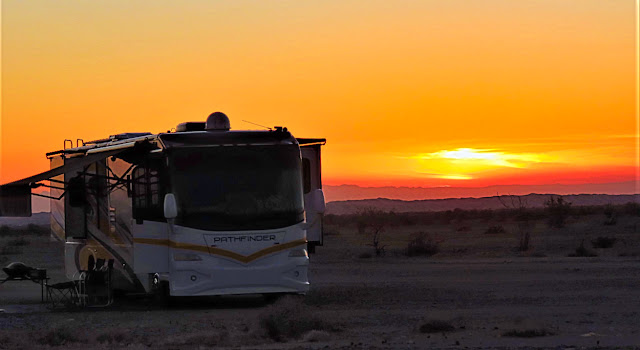 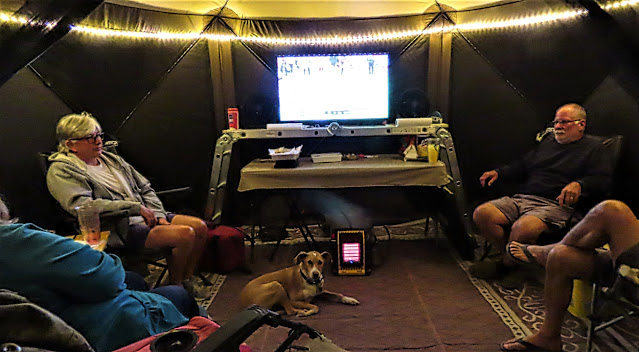 Shane had a small space heater going, but don't think we needed it.  Yuma liked it though.  Then as the game ended we had ice cream with chocolate and whipped cream.  I couldn't resist two bowls it had been so long since I had a dessert like that.
Not sure if our favorite team won or not, but Tom Brady has now won 7 Super Bowl championships! 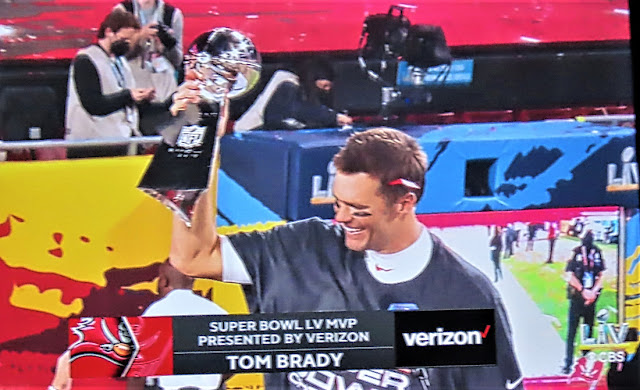 It was unfortunate the game became one sided early and ruined the suspense, but congratulations to Tom Brady for letting everyone know he still has what it takes to win it all!
By the time I got back to the White Lion it was after 8 o'clock and time to get the post done and call it a night.
See you later.
Posted by Doug Laning at 11:04 PM