Nice easy 260 mile drive from Amarillo, TX to the high plateau country of Albuquerque, NM.  We could see the Jemez Mountains to the south off in the distance. 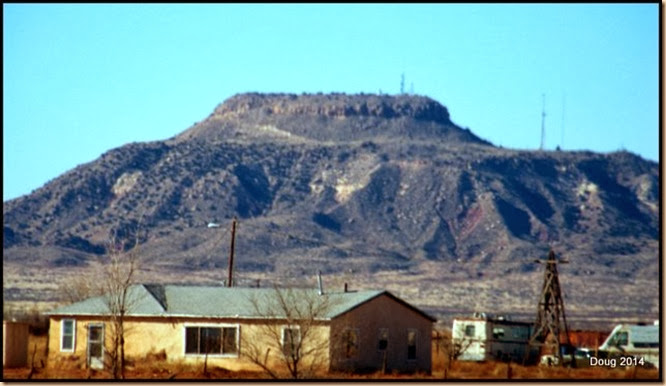 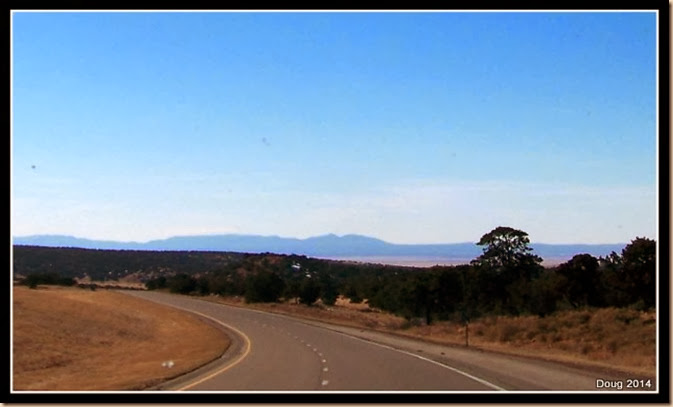 We stopped at Tucumcari, NM for lunch at McDonalds.  James, I just can’t stop eating at McDonalds.  Filled the motorhome with gas. but they only allowed $75 worth, so we stopped one more time for gas in Santa Rosa, NM. 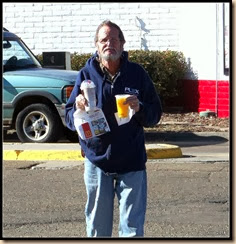 We are staying at Hidden Valley RV Resort just off old Route 66 in the small hamlet of Tijeras, NM, a suburb east of Albuquerque.  Used my Passport America discount card for the first time and the price was only $16 for the night with full hook-ups. 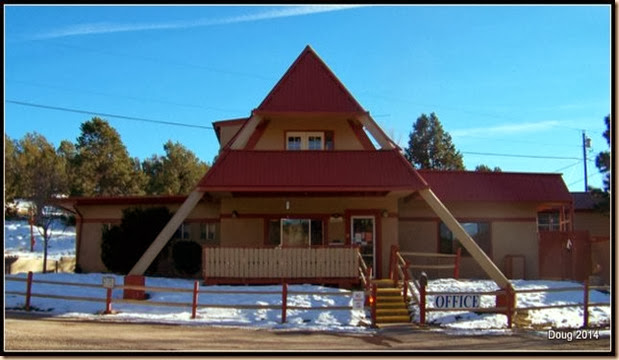 Still had snow from the last big storm that came from the southwest.  Today, it is nearly fifty with no wind, so it feels great.  However, it is supposed to get down to 31 tonight, so a little chilly. 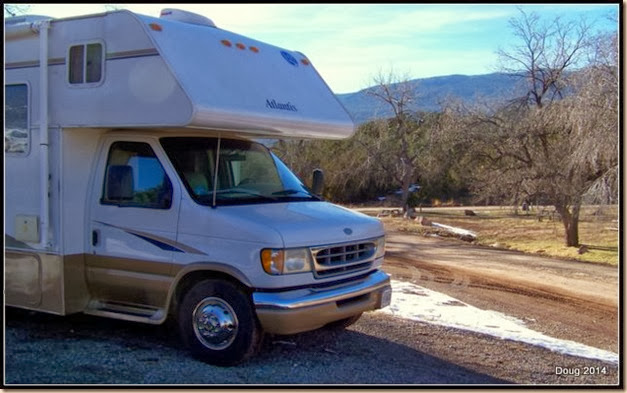