Dolly is free from Football

After breakfast, Dolly, Fergie and I went to the Dollar General Store (Quartzsite’s version of Walmart) and bought detergent and other stuff, so we can do laundry for the first time before we head out of town to boondock.

Came back to the RV to drop off our purchases and then we headed to the flea market to buy great stuff.  Dolly bought a couple of old Mexican shadow boxes with small pictures in each.  Look nice in the MH after we clean the dust off them.  Dolly bought a very pretty bracelet made of amethyst and I bought a pretty silver ring with turquoise inlay. 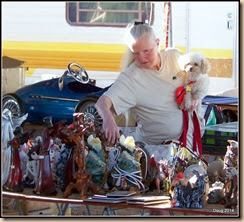 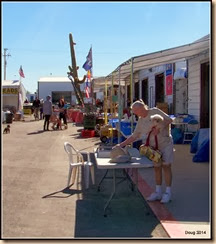 After strolling around the many booths, we made our way back home and had some lunch.  After lunch, I checked the tires on the motorhome and one tire needed some air, so I did that.  I also took off the lock holding one of the outside compartment doors, so I could take it with me when I try to find one at the RV flea markets.

About 4 pm, I decided to take a jeep ride north of Quartzsite, to check for boondocking locations.  About five miles out, there was BLM land off to the right on Plomosa Road.  I stopped at the host station and talked to the gentleman standing there.  He said that there was a 14 day limit, and I was welcome to park anywhere  for free.

I drove down the asphalt road through the three miles that he said there was parking available.  It was already getting crowded, so I continued on over the mountains in front of me.  When I got on the other side, there was a vast valley before me.  As I drove along this remote area, I occasionally saw motorhomes and trailers off the road and then I saw signs saying 14 day limit.

I stopped when I saw an old man sitting outside his truck with living quarters attached.  He had a 1963 VW that he pulled in the trailer behind his truck.  He said this was all BLM land and I could park anywhere.  This area is about 12 miles off Highway 95, and kind of remote, but I was still getting three bars on my phone, so it passed the internet and text test.  I think this might be the place; a little remote, but beautiful country.

Following are pictures going up and into the valley.

Note: you can click on pictures to make them larger and if you pass you mouse over the pictures, you will see captions. 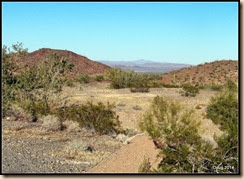 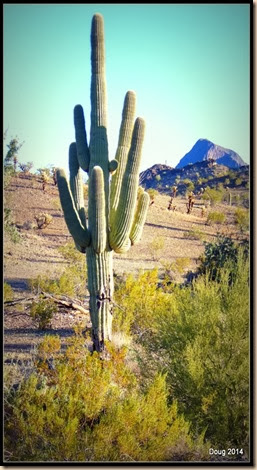 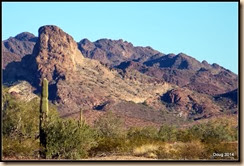 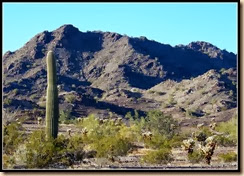 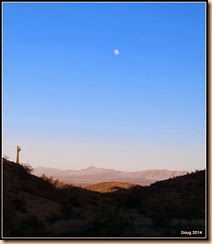 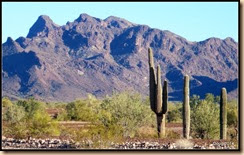 Finally got back home just in time to see the sun setting over the RV park with an almost full moon rising. 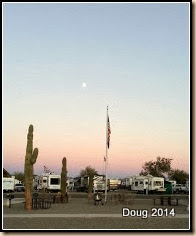