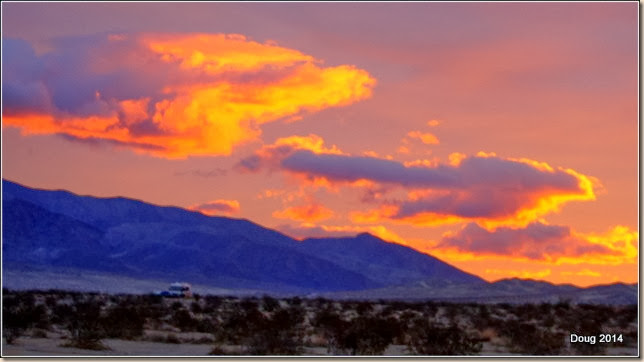 Sunrise was fairly quiet this morning after a night of winds.  A cool front came in during the night and brought high winds with it.

After breakfast, Dolly, Fergie and I headed to the Farmer’s Market at Christmas Circle.  Not a large one, but we enjoyed walking around looking at the items for sale.  It had clouded up during the morning, but looked to be clearing up quickly. 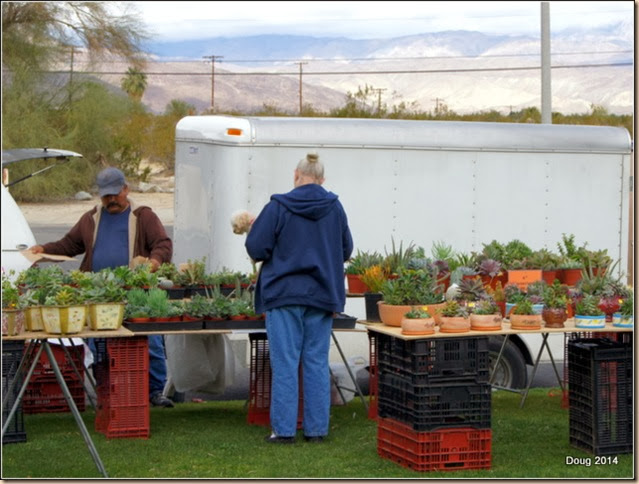 Dolly and Fergie zeroed in on the cactus plants.  She ended up buying eight of the little guys.  Wonder where we will keep these guys in the motorhome. 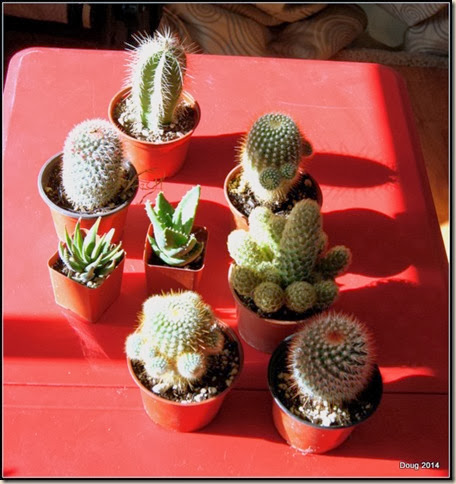 After leaving the market, we stopped by the True Value Hardware store to take a look around. 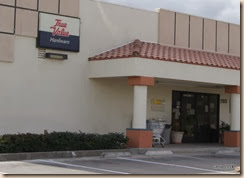 Dolly and Fergie sat in the car while I ran in.  Didn’t find anything except a small rug remnant for the first step of the motorhome.  Hopefully, that will help to keep the dust out.

Next, we stopped at Gringos Gas Station to fill the jeep.  This is the place where we bought the water and dumped the tanks.  They do gas too. 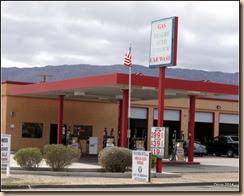 There is a water dispensing machine in front of one of the stores and it was broken the other day.  Took a look today and it was working.  Happened to have three empty gallon jugs in the jeep, so tried it out.  For 25 cents a gallon, I had three gallons of water to go.  Not a bad deal.  Don’t think you will find one of these in Bloomington, Illinois.

After all the spending, we took another drive down Borrego Springs Road in town to catch some more of the Galleta Meadows sculptures. 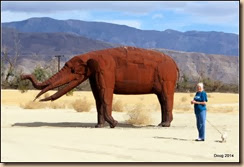 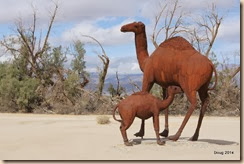 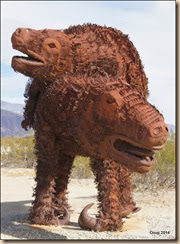 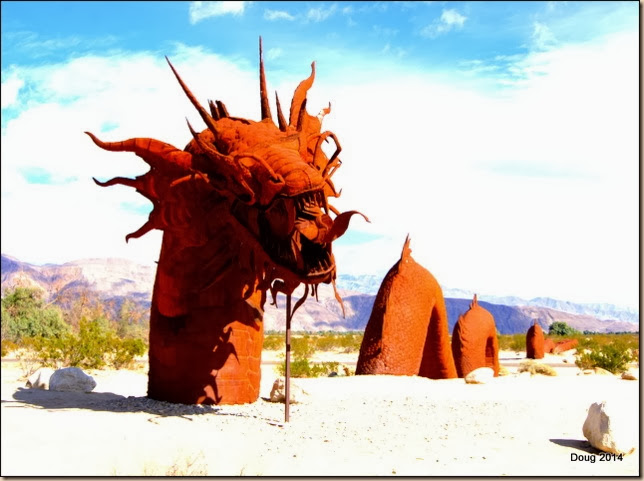 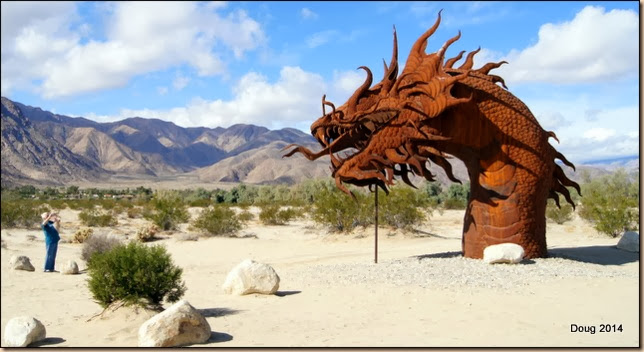 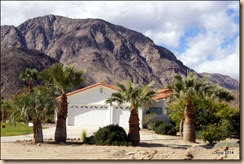 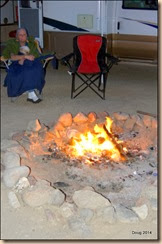