Last night the winds picked up quite a bit and about 2:30 a.m. I decided to pull in the slides so the awnings over them would not rip.  Just got it done and laying there waiting to go to sleep and the winds stopped dead.  Nothing but silence out there.  Also, it was quite warm, so I opened the bedroom window for the rest of the night.

Started the morning out thinking I was going to take the motorhome into town to fill the fresh water tank, but after reviewing the list of places to see, we decided to head over toward Ocotillo Wells and see the Wind Caves.  I will do the water tomorrow.

We headed out after breakfast this morning around noon.  We are going to stop by Slot Canyon again.  It is right on the way.  This time so Dolly can go through it.  Yesterday, she was not comfortable sliding down into the slot in her white shorts, so today she had her trusty jeans on and she was ready to go.

Went right by the golf course.

Got there with no problems and Dolly scooted down and headed out. 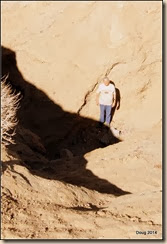 I was going to stay at the top with Fergie, but as I walked further up the hill, I found that I could just walk down into the slot.  So, Fergie and I headed out and soon caught up with her. 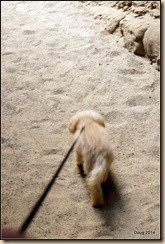 We both walked down the slot, but I went ahead and stopped and waited for her along the way.  She wanted to take a lot of pictures and I didn’t want to be in her way. I am not the most patient person, and I had already been through it.

Dolly made it back and we headed for the Wind Caves.  It was already 2 p.m. and the sun sets at 5 so time was not on our side today.  Drove through the very small town of Ocotillo Wells on highway 68 and right onto Split Mountain Road, the only paved road.  Followed this road for four miles straight south and the road turned to a sandy road.  Seen lots of them. 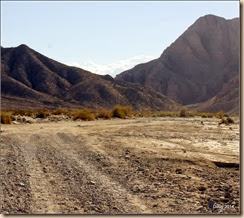 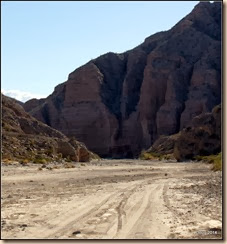 Heading into Split Mountain
The road through Split Mountain is amazing.  Basically, it is a wash that goes through the mountain.  Rugged terrain.  This is why I bought the jeep and why I wanted to go west.  It was beautiful in a very rugged way. 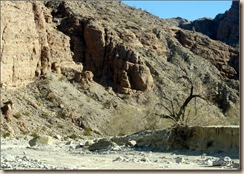 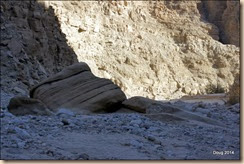 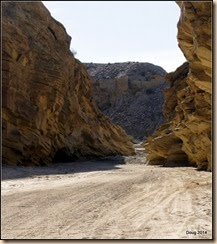 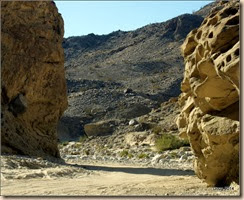 Went about four miles winding through the mountain following the wash and just as it widened out, there was a small sign to our left that said “Wind Caves 1 mi.”  One mile straight up the mountain.  By now it was 3 p.m. and we did not want to get caught back here after dark.  We had passed several caravans of jeeps going the other way and nothing going in, so I knew we were on the wrong side of the day.

It is late in the day and my foot hurts from all the hiking I did today.  I will break today into two parts.  Tomorrow, I will show you the Wind Caves and pictures of one last stop we made today just as the sun was going behind the western mountains.

Got home just in time to catch this sunset. 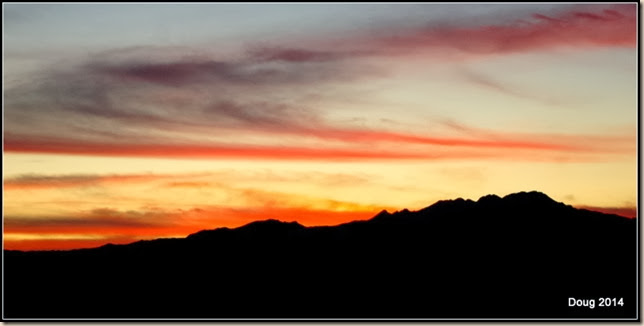