And then the weather changed....

I knew it was coming because my weather app told me so!  But when I woke up at 8 this morning, I could see the clouds on the mountain and I knew it was really so. 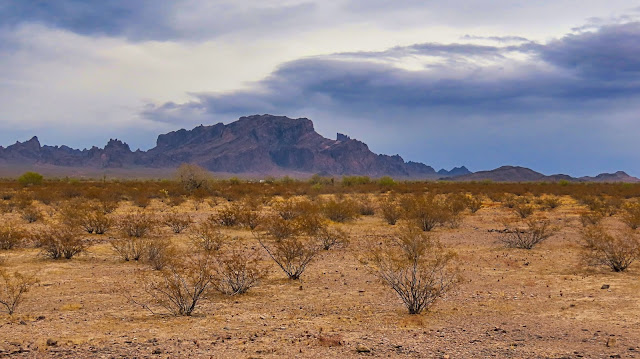 Slowly fixed a full breakfast with all three courses: 12 crackers with peanut butter and a slice of cheese on each with 2 cups of coffee, 3 pieces of bacon and 2 fried eggs with a glass of milk, 2 tangerines and a 1/2 grapefruit.  Wasn't done till close to 1 o'clock.

Then I watched an hour of Discovery ID and all of a sudden I remembered I had been putting off wrapping the meat I bought properly to put in the freezer.  It took me two hours to do it properly according to Dolly's instructions.

I just wanted to throw the packages in and be done with it but Oh No!  Each piece had to be wrapped in saran wrap and then aluminum foil.  Definitely the last time I buy that much meat again.  Got enough to last till May!😆

While taking Yuma for walks around the area I see little burrows in the ground.  Actually, they are everywhere.  I have never seen what makes these holes.  Does any one know the name of the varmint that does this digging.  They seem to live in groups but are always out of sight, at least during the day.  I need one of those night video cameras like Nancy Kissack Adventures  has in her backyard.. 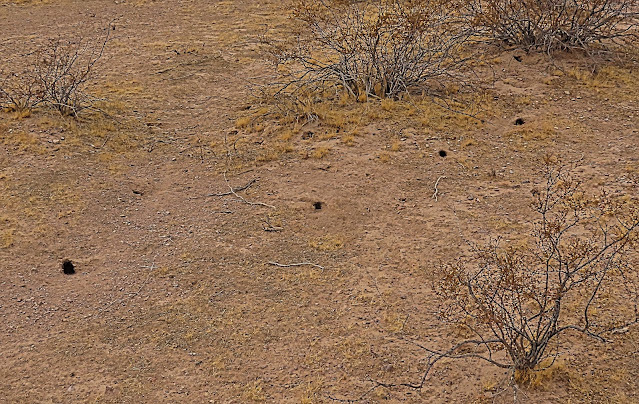 The sun peeked out for just a moment at the end of the day and I caught it.  That was it. 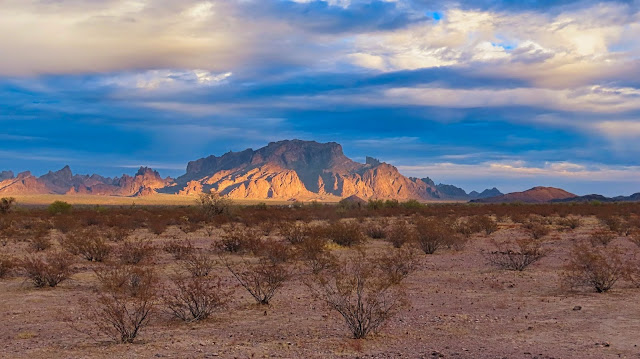 Had a pork chop, fried potato chips and French beans for dinner.  Later I will have my dessert and watch a little TV.  It hadn't rained all day until just now.  As I'm typing this, I can hear the pitter patter of rain drops on the roof.  The weather app called for that too.  Too bad that thing is so accurate.

That's been my day.  See you later.