Been a busy day!  Woke up with the sun again this morning and it looks to be another beautiful day.  Earlier in the morning the wind was blowing quite hard, but at sunrise it died to just a breeze.

Was on my second cup of coffee when I saw Shane and Cathy heading out. 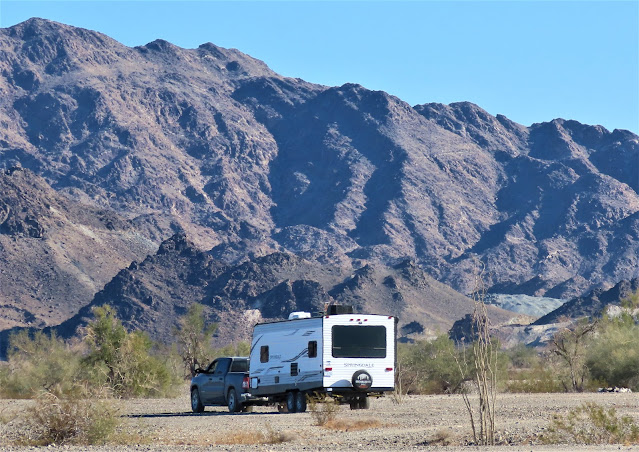 They stopped by before leaving and I got a group picture.

About an hour later, Tom and Deb (Celebrating the Dance) headed out in the Stinger "B".

After everyone was gone, Yuma and I headed into Walmart in Yuma around 1:30.  I had my eye on a Seagate 2TB portable hard drive.  Both my camera and laptop have way too many photographs and it's time to move them off. 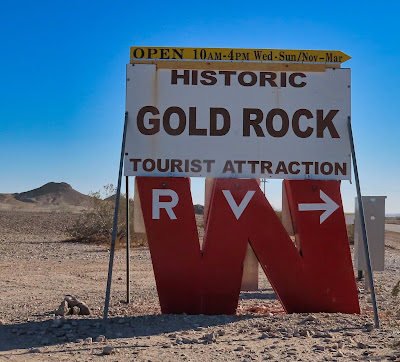 This place is remote and barely qualifies as a tourist attraction, but I like the place. 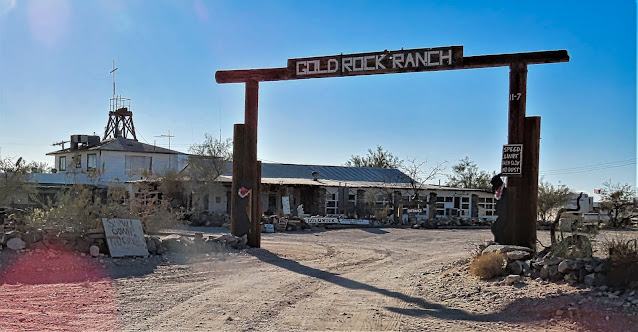 When Yuma and I arrived and got out of the Jeep, a pick-up truck pulled up and they thought I worked there.  They asked if there was any room at the RV Park.  After we cleared up the confusion, they said they had been there about 20 minutes driving around and never saw a soul anywhere.

We talked awhile and they left and Yuma and I walked around.  I went up to the office door and opened it, but no one was in the building, so I didn't go in.  I didn't really care because I was there to just walk around the area.

They have a lot of old relics from the Tumco Mine, a historic mining town and mine just east of here in the Cargo Muchacho Mountains. 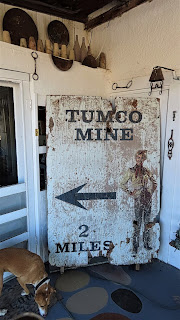 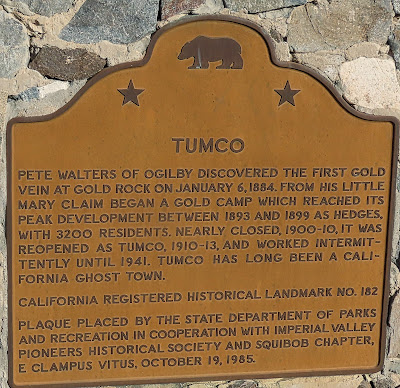 We walked around and it was true, we never saw a soul. 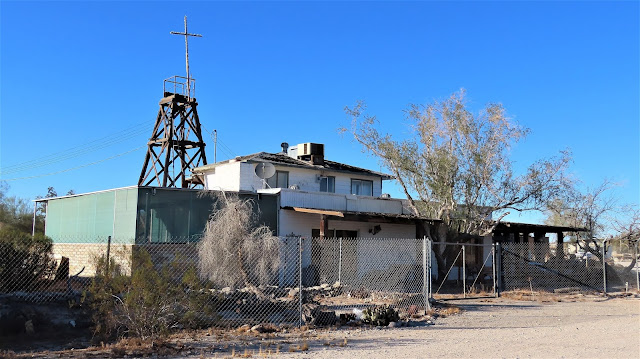 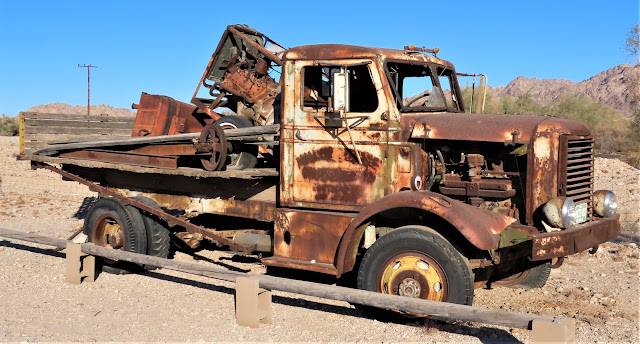 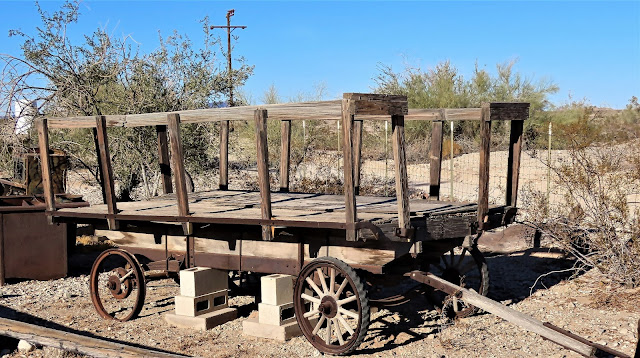 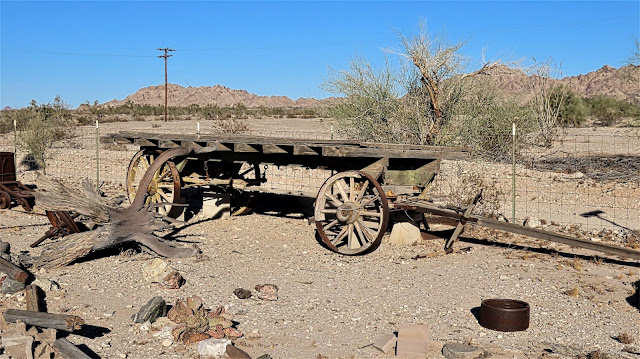 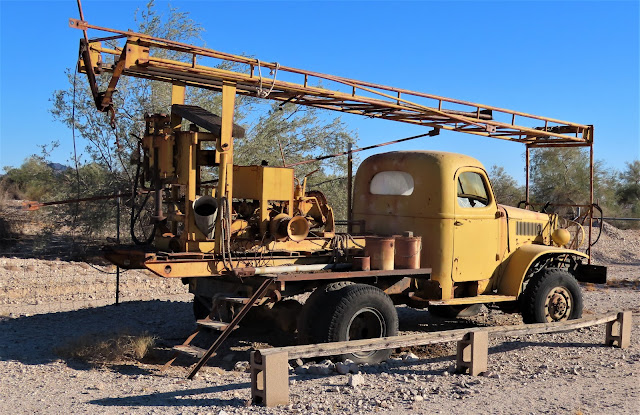 We left and headed back south on Ogilby Road and to the left at the foothills of the mountains, I saw what looked to be a mine, so we pulled over to investigate. 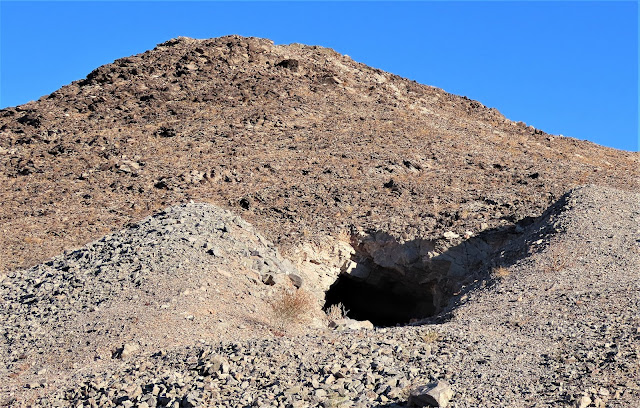 However, after looking inside it only went in about 8 feet and stopped.  Guess it was just a test hole.  Yuma wanted to run around on the trails, so I let him go. 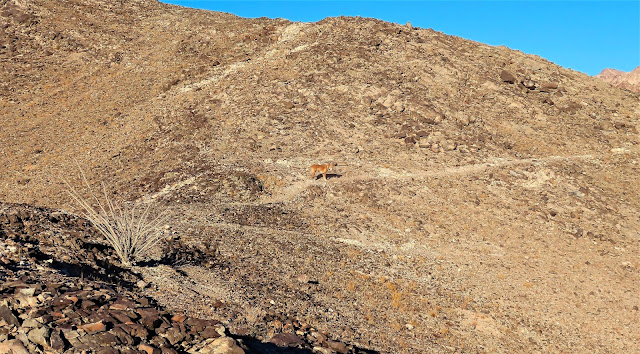 He always stops to make sure I'm coming along.  He is so much faster than the old man.

Tonight, I finished this post before cooking chicken breast for dinner.  Later, I will play with my new toy, the hard drive.  Once I figure out how it works, I will start moving my many, many pictures over to it.

Beautiful evening with no wind.  Time to get the grill going and dinner on the table.  See you later.